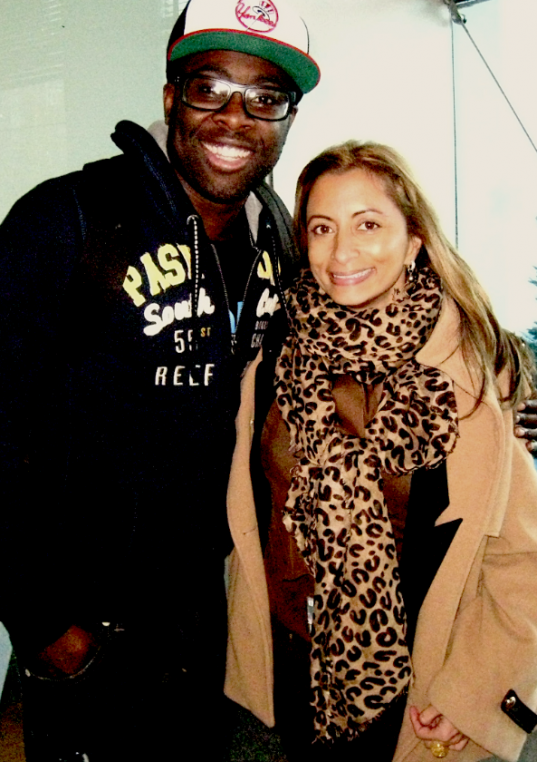 JASMINE WITH HER FRIEND AND COLLEAGUE- JACK OF MANY TRADES- KOJO.

Networks are important. Your network is your net worth.
It starts with a random introduction that usually leads to lifelong friendships and business partners. 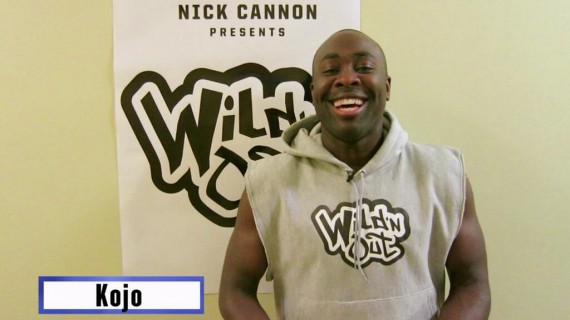 Many years ago, my friend, the west London singer Estelle introduced me to her friend Kojo, a comedian who had started hosting a weekly comedy night at corks wine bar opposite Selfridges in central London. Kojo’s nights pulled in literally hundreds of young, urban, excited comedy fans each Sunday, for an evening of new young comedians cutting their teeth on a hip hop inspired audience. 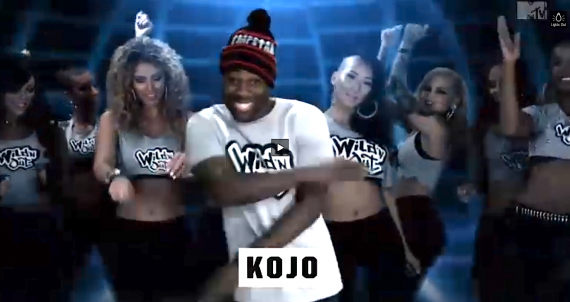 I saw the movement growing to incredible sizes and as the then Head of MTV Base production persuaded my bosses to let me make and air this live night for TV. they weren’t initially convinced about comedy on a music channel, but after I explained that hip hop culture includes much more than just music they let me give it a shot. it rated beautifully, created a huge buzz for the home grown UK talent and before long Kojo’s Comedy Fun House was a series that ran and ran. 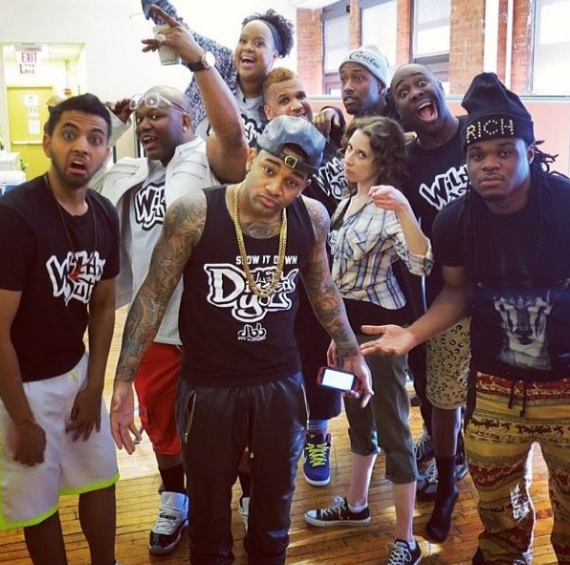 KOJO IS IN THE PLATINUM TEAM OF SEASON 6 WILD N OUT TEAM IN NYC.

A couple of years later whilst I was out in New York celebrating my birthday with a private dinner party with both English friends who were in town as well as my American mates, I introduced Kojo to entertainment impresario Nick Cannon who at the time was acting, directing and making movies, hosting a morning breakfast radio slot, building his NCredible clothing and media production empire as well as hosting cornerstone American programming like Americas Got Talent and is of course hubby to the biggest female superstar of our time- Ms Mariah Carey.

A few more years down the line and Nick calls me and tells me he wants to include some UK talent in the sixth season of his MTV hit show Nick Cannon presents- Wild N Out, and who would I suggest to appear on his next series. Before I even had a chance to respond he said ‘’hey how about your friend Kojo who you told me about?’’ Great. No need for me to make any decisions. 3 phone calls later between myself, Kojo and Nicks PA and Kojo was on a plane to NYC.
Now he’s starring in one of the two Wild N Out teams in this series – an opportunity that’s huge for up and coming talent to get their faces and content exposed to an American audience. He’s even been described out there as ‘’ Great Britain’s comedic treasure Kojo’’. 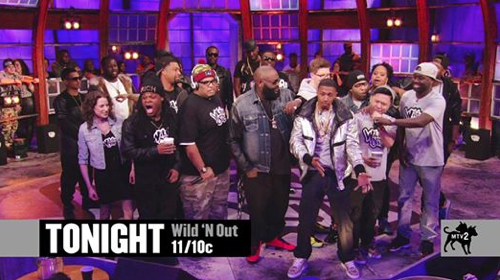 Kojo’s now back in the UK on his daily morning breakfast radio sow on CapitalXtra and been talking to me about his journey from his Hackney roots to what will no doubt soon be Hollywood.
‘’I met Nick Cannon in NY early 2009, when my old MTV Base boss (•smile•) flew over to NY ,where I was living at the time, to celebrate her birthday, and she introduced me to Mariah Carey who was in attendance with her then boyfriend Nick Cannon, who was someone I looked up to. Since that moment Nick and I stayed in touch and it’s only now something’s come up for us to work together’’.

Nick is clearly an inspiration for many young talented men globally and Kojo is no exception taking every bit of advice seriously ‘‘the filming process of Wild N Out was amazing. Seeing so many people from all over America loving the same thing as me, making people laugh. The set was amazing, crew were so professional and they really make the whole cast work together on the show to bring the best for the audience. Nick tells us it’s not about being the best out of a bad cast but the cast knowing when to take a joke and give a joke’’. 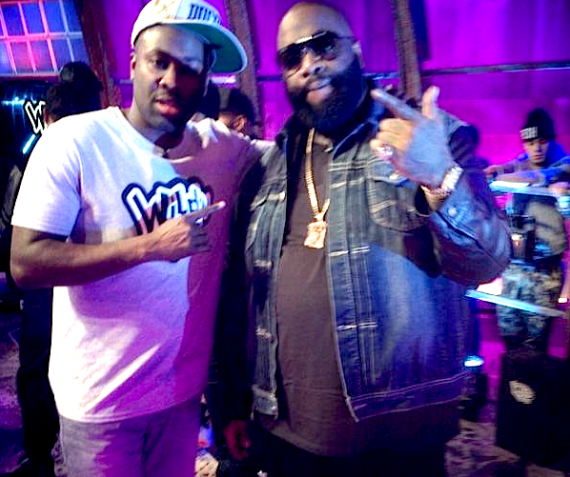 KOJO WITH THE BOSS- RICK ROSS- CAPTAIN OF THE BLACK TEAM-SEASON 6 WILD N OUT.

Clearly the urban hip-hop genre is much bigger stateside than it is here in the UK. Hip-hop megastar Rick Ross heads up the opposite team to Nick Cannon. Kojo found the Americas certainly have a different mentality to that which he’s used to ‘’The differences between working with UK talent and US talent is, the Americans are very confident in what they do and very rarely 2nd guess themselves. Where as UK talent think it’s a good Idea but don’t deliver with conviction. I’ve always had the mentality of the Americans hence why I’ve achieved so much with so little’’.

Kojo is great at being his own champion and stays focused no matter where his career is. Like a chameleon he takes on new challenges. He wasn’t a TV or radio host but that stop him trying and now they are his main gigs. ‘’This is great exposure for me in America. When Nick spoke to me on the phone, I was at JFK airport by the time he hung up. The show is very popular and is shown all over America so will help the strong brand I have here over there. There will be more opportunities from this’’. 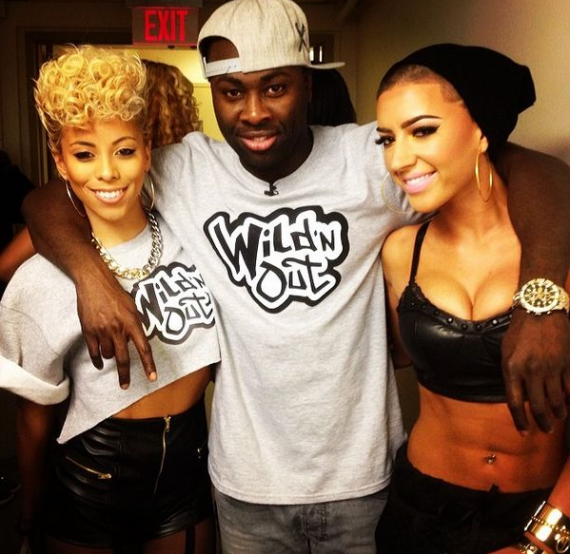 And he’s already milking every opportunity life throws his way with new projects. The admirable thing about him is that he’s not afraid to take risks and fail. Even if a genre isn’t his forte he’ll give it a go. That’s the attitude of a winner. ‘’I’ve been writing movie scripts and theatre productions for the last 6 months with my first short film Wasteman Diaries coming out on July 23rd and my theatre play Above Romance is out at Hackney Empire on the 2nd of August. I’m also back on the road around the UK doing what I love the most- stand up comedy – in October’’.

His dreams aren’t meagre ‘’Nick Cannon is one of the nicest men you could ever wish to meet and he has shown a lot of faith in me to deliver. I hope to emulate his success one day’’.

One Reply to “JASMINE’S JUICE FEATURING KOJO ON NICK CANNON’S WILD N OUT!”