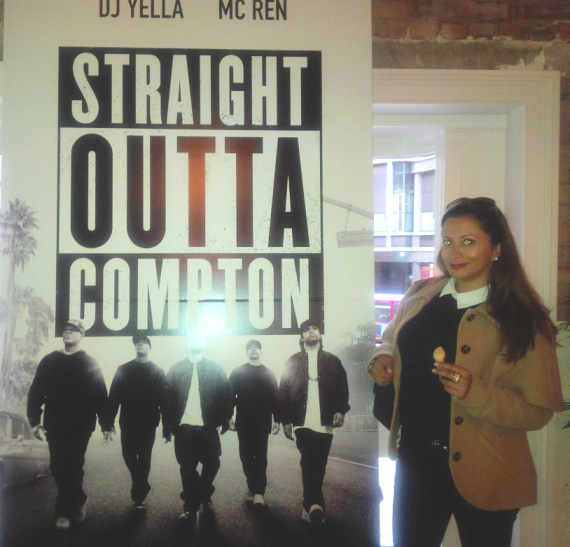 JASMINE AT THE LONDON PREMIERE FOR STRAIGHT OUTTA COMPTON. 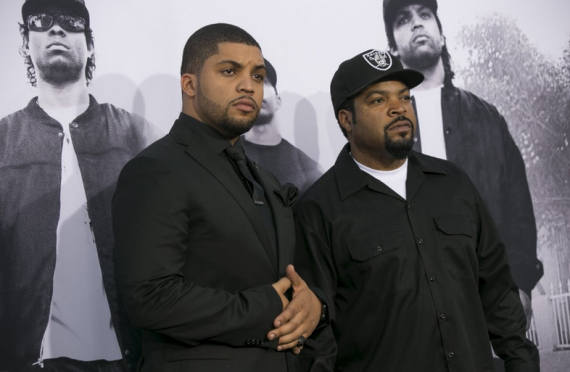 The highlight of my week was seeing the Straight Outta Compton premiere with my mate Kanya King at the picture house cinema in Piccadilly where loads of #TeamUK music stars were in attendance as well as the legend that is Ice Cube!

‎Broadcaster Trevor Nelson‎ introduced the cast members and Ice Cube who welcomed us heartily and said ‘’When NWA came out there was no social media to highlight all that was going on around the world. NWA put Compton on the map’’. Cube added ‘’’you’ll hear a lot of shit about who’s not in this movie and more but please focus on the story of the group. We had a lot of fun and shit talking during making it and hope you enjoy it’’.

Ice Cube’s son O’Shea Jackson junior played the roe of his father in the movie and thanked us for ‘’ everyone being here and participating in the digital media hashtags and more, you guys really helped this NWA movement stay alive for the future decades’.

Actor Jason Mitchelle who played the role of Eazy E said ‘’it’s been spectacular since we’ve been here! Thank you for your support. This man Ice Cube put a stamp on this movie and Compton and this has completely changed my life’’.

I can’t even put into words how emotional I felt after watching Straight Outta Compton. I feel like I was spun in a washing machine and afterwards was in is slow mo. My youth had just flashed before me. 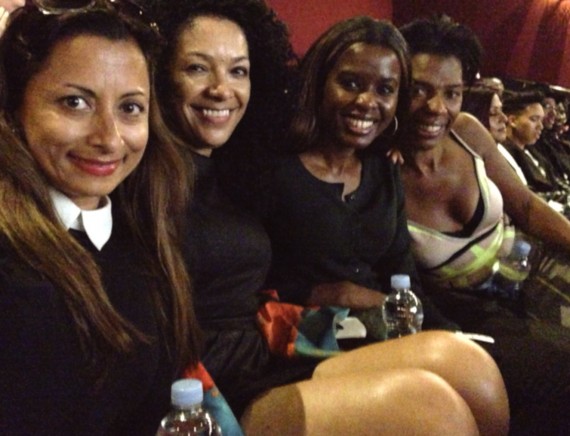 In the nineties, after presenting THE WORD on Channel 4, I was OBSESSED with the Death Row story after I interviewed Snoop, Dre and the rest just after Eazy E died. I read every book about the era since then. But to see how some of those behind the scenes played out on film was mind blowing.

Everyone who grew up in that era is going to love this movie. (We laughed lots at the UK current music stars in the house who didn’t understand a lot of the old names and jokes….. Loved it. 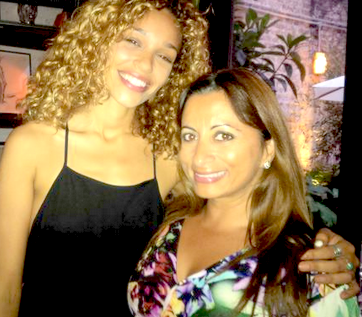 JASMINE WITH NEW ABOUT TO BLOW LONDONER- IZZY BIZU AT HER SOHO HOUSE SHOWCASE.

It’s great when I see young Londoners doing well in cultural arts industries. I get even more excited when it’s a young lady. This fortnight new about to blow artist Izzy Bizu had a mini showcase of her music at the new Soho House location in Dean Street where a plethora of industry faces including PR teams, digital media bloggers and faces like eighties singer Andrew Roachford turned out to see the newbie and check out what she has to offer. The general consensus was wowee and we were left speechless. Izzy is a record labels marketing dream come true. She looks incredible, her voice is faultless and her performance presence onstage is powerful and akin to a singer that’s been on the scene decades already.

Signed to Epic Records and managed by music industry lady- Rachel Bee – (I love live), Izzy is visually akin to a young Whitney Houston when she first emerged; all skinny limbs, a fountain of honey corkscrew curls, an innocent teenage bambi-like aura and a voice that’s a remix of Nina Simone, Amy Winehouse and Erykah Badu.
Songs that stood out for me fro her Coolbeanz album included Diamonds and White Tiger. Izzy has a semblance that will have guys wanting her and women wanting to be her. 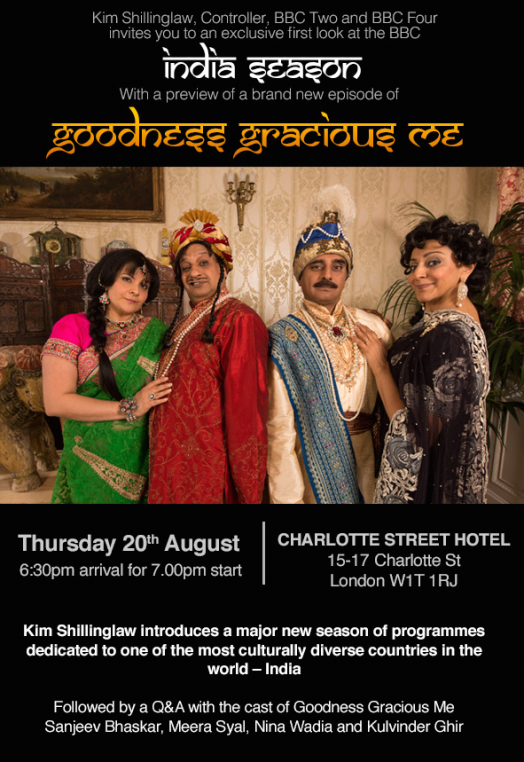 Next it was off to the fancy and slick media haunt, the Charlotte Street Hotel where I was kindly invited by Kim Shillinglaw (controller BBC2 and BBC4), to have an exclusive first look at their upcoming India Season. The evening showed off a major new season of programmes dedicated to one of the most culturally diverse countries in the world – India.

The screening was followed with a Q&A with the cast of Goodness Gracious Me so as you can imagine, on the whole it was a funny night. Goodness gracious me this time around is bloody hilarious! In my youth i found the content really awkward and cringey, but this series it looks really slick, fresh and modern! Also, this time around focused on Indians in India. The DELHI MAIL skits are really clever! So funny- great scriptwriting and performances!

My colleague wasnt a huge fan of the gags around Ghandi, ( a little tasteless in her opinion, but i think Ghandhi wouldve loved it, he had a great sense of humour and the Indian communities has always been good at laughing at itself so maybe ok). Throughout the screening, there were lots of funny gags and humour and it looks like an interesting Indian season. It highlights the usual hustle and bustle of the country,and its train network which foreign TV programmes clearly cant get enough of, but it’s still all insightful nonetheless.I loved the WORLDS BUSIEST RAILWAY – it was beautifully planning, scripted and shot, a really great but of TV! The cast and all involved in the season are clearly all a happy, hardworking, very welcoming bunch.