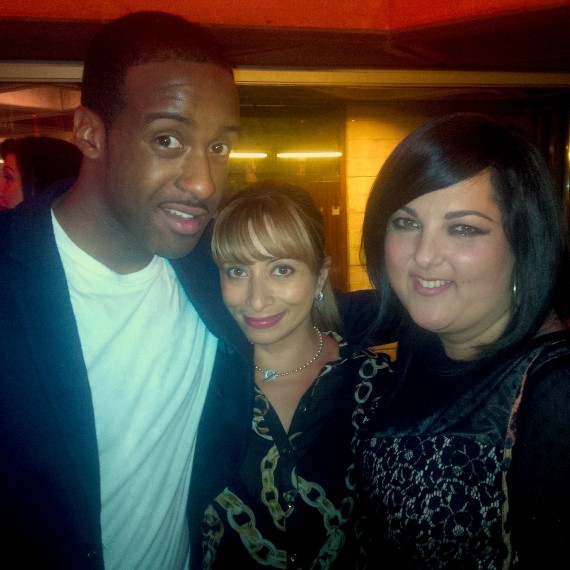 JASMINE WITH ACTOR MUCISIAN SHAKKA AND PLAYWRITER NADIA FALL AT THE NATIONAL THEATRES SHED FOR THE PERFORMANCE OF ”HOME”.

What a cultured week I’ve had. Honestly we live in the best country in the world when it comes to access for everyone to arts and culture! So much of it is free, you just need to know where to look and be spontaneous. This week alone I have seen urban culture reflected in classical music, theatre, literature and pop music.

Firstly, I was invited by the National Theatre to come and see a play called ‘Home’ at their annual pop up theatre THE SHED. Home is the diversity of stories, of the millions of young homeless youth across the UK. Its told in an engaging and extremely entertaining way. Most of us will take for granted that we live in a safe, secure, stable home, but for thousands of youngsters across the nation this is not the case. The play is set in a cube shaped intimate space, which the audience shares, in a very in- the- round- Brecht- like style. The audience plays the invisible ‘’interviewer’’, who asks residents and staff at a homeless hostel in East London about their stories. The script is taken from real life interviews with homeless youth, at the Foyer in East London. The script uses music like grime, hip-hop, pop and more to tell their stories. It’s a very cleverly written (by Nadia Fall) piece of theatre, which immediately has the audience’s full attention, not just due to the intimate set, but we also become a part of the story. The cast is a small group, of mostly young actors (including up and coming music act Shakka), who play characters that really brought home the horror of youth homelessness. Each actor plays 2 characters, and the way this is done is very clever, simple and effective. The young Eritrean girl human trafficked to the UK, the young man violently abused by his family, young single mothers thrown out of their homes and so many more. The writing is fast paced, sharp and at many occasions even humorous on life in a typical youth hostel. Home is playing on the South Bank at the Shed until September 7th- if you want an evening of entertainment that’s emotional, riveting and musical, I recommend you take the family to see it! 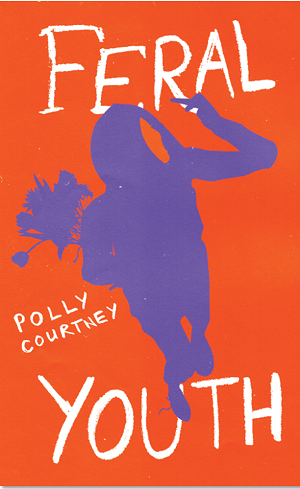 Next I was sent a book titled Feral Youth by Polly Courtney. The book is set in a South London estate and is the story of a fictional character called Alesha who tries to survive life on the streets without a home, making money in a gang, befriending her school piano teacher. It’s not just another urban hood street life book. It’s told from a young girls perspective of life in the inner city in 2013 and the reasoning behind so many young peoples actions. It was such a gripping, easy read, that I finished it in 48 hours. I simply couldn’t put it down, so enticed into Alesha’s world and her next steps was I. I was carrying it around in my handbag reading in shopping queues, whilst making breakfast and even in the car in case I could take in another chapter. By the last chapter I was on the edge of my seat and teary as the story came to its conclusion. A brilliantly captured story about the minds of young people living very desperate lives today. A great read for both the young and adult alike. 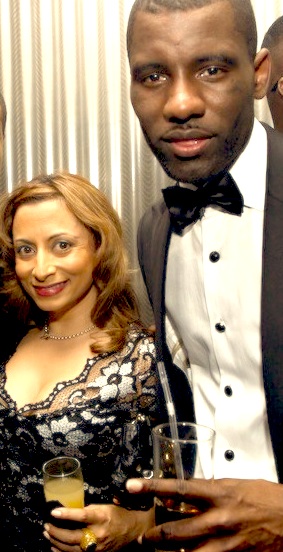 JASMINE WITH WRETCH- THE STAR OF THE BBC URBAN PROM.

A most coveted ticket was gifted to me, by Robert Pascoe (Universal Music) and his brother Richie, for the first ever, BBC URBAN PROMS, at the Royal Albert Hall, where Radio 1 and Radio 1Xtra alongside Bigga Fish, hosted an evening, which brought together the two worlds of classical music and urban music.
The BBC Orchestra were absolutely amazing, led by Jules Buckley, whilst the urban acts were all presented to us by our wonderful hosts- BBC broadcasters, the very quickly rising star Charlie Sloth and the ever husky voiced stunner Sarah Jane Crawford. Both looked amazing with Charlie keeping it hip-hop by juxtaposing his slick blazer and shirt with jeans and trainers, whilst Sarah Jane glowed in a classy long ball gown. They did a cracking job but presenters can only ever be as good as the scripts they are reading from, and there was general consensus that air both DJ’s are very articulate and informative, so their urban proms script seemed pretty poor with awkward, immature, stilted banter, rather than engaging the audience with a few fascinating facts of distinction about the upcoming acts.
However that didn’t detract from the greatness of the evening, which saw Maverick Sabre, Laura Mvula, Fazer, Lady Leshurr, Wretch32, Jacob Banks and Labrinth put on a once in a lifetime show. Each act performed around 3 times each, scattered through the running order.
Fazer’s name alone brought repeated screams from his fans, he switched from a casual beige sweater and trousers look to a more formal suit in his sets and really showed off his production and musical skills as he both played the piano and rapped with intense energy.
Maverick sabre was confident, strong and held the audiences every mood, singing his hits ‘Let me go’, ‘These days’ and ‘I need’, with the gravitas of a seasoned performer.
Many of the younger audience members were more excited about host Charlie sloth than the acts, and many a young fan (to my amusement!), was heard to be screaming ‘I love you Charlie’ as he spoke.
Newest kid on the block, Jacob Banks mesmerized the crowd with his powerful, deep roaring vocals. I overheard someone behind me claim, “he’s the new generation Marvin Gaye!”
There was a standing ovation for Laura even more she opened her mouth to sing-such is her following growing in every demographic. She calmly let her voice command the royal albert halls attention and gave the whole event a really magical, dreamy vibe with her tracks ‘Sing to the moon’, ‘Father, father’, and ‘That’s alright’.
The stand out break through act of the night for me was most definitely Lady Leshurr who was the first to really get the audience participation going with her dynamic, explosive, energy. She was the first act to really bring the “urban” with her Usain Bolt paced, patois, spitting lyrics, and had the crowd chanting and clapping! Go girl! She really had us smiling incredulously as she spun the whole orchestra back again as if in a dance, by rewinding her track ‘’Look at me now’’, a mash up of Busta Rhymes and Chris Browns hits.
The social responsibility angle to the night, came in the form of a group called ‘’7 chapters’’ brought together by Fazer (apparently), who ‘wanted to find a group of talented young artists to give them a chance to perform with the BBC Symphony Orchestra’ at this event. Whilst I’m certain it gave the seven youngsters involved a great experience, and a BBC3 TV show to be screened next month will also come of the project, I’m not sure it really worked. I think having each youngster perform 16 bars with each of the established performers may have worked better. In action this part of the show felt awkward and more like a community voices box ticking exercise.
Wretch32 was, as ever, the charismatic chilled out, established, big name of the night, who kept it presidential in his first set where he donned a white shirt with black cap and trousers, to perform ‘Blackout’ where he had the whole RAH audience chanting his catchphrase ‘’ah yeah!’’, then later a more casual sporty look. Wretch’s energy on ‘Tracktor’ brought the show to its peak as audience members finally stood to dance and bounce in their formal attire before the whole cast reunited onstage to sing the classic Bob Marley hit ‘One love’.
It must be mind blowing for any music act, not only to hear their work being performed on such a huge scale by a critically acclaimed orchestra like the BBC’s, but also at a venue this historic. The sound was most definitely panoramic and high definition and this was most certainly a huge achievement for all involved!.