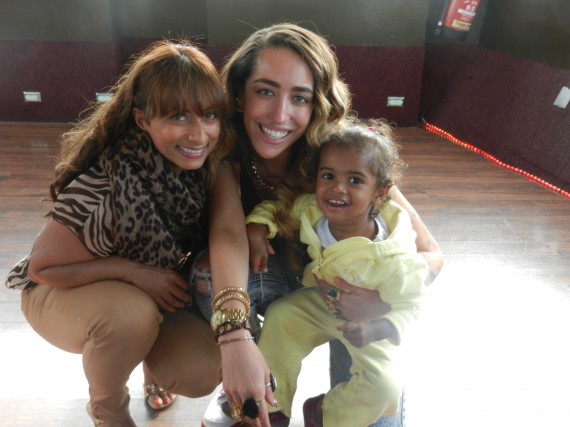 JASMINE AND DELILAH
The striking singer Delilah invited me to see her perform at West London’s Shepherds Bush Empire. Her show Line up included acoustic vocalist Josh Kumra and the ever-elusive Wiley.

First onstage was Josh Kumra who is an act very in the vein of Ed Sheeran. His celebrity mate Mr Hudson came on with him to perform too. Josh is very good vocally and on guitar but maybe a bit shy, as we didn’t see much personality onstage. He could blow up with one big hit so he’s definitely a ‘’watch this space’’ kind of artist.

Wiley actually turned up-he’s getting good at this now. He bounced around onstage and did all his hit. He was rocking a very everyday casual jeans and zip up jacket outfit and true to form he had the crowd very hyped. I sometimes think he doesn’t look 100% comfortable in public. He needs to enjoy being onstage more as the crowd genuinely love him. At the end of his set there was an anti climax as he didn’t acknowledge and formally end his set with a thank you or anything, nevertheless the crowd adored him-especially since his track heat wave had recently been a number one. We love you Wiley-now love us back!

Then it was time for the main lady-Delilah! 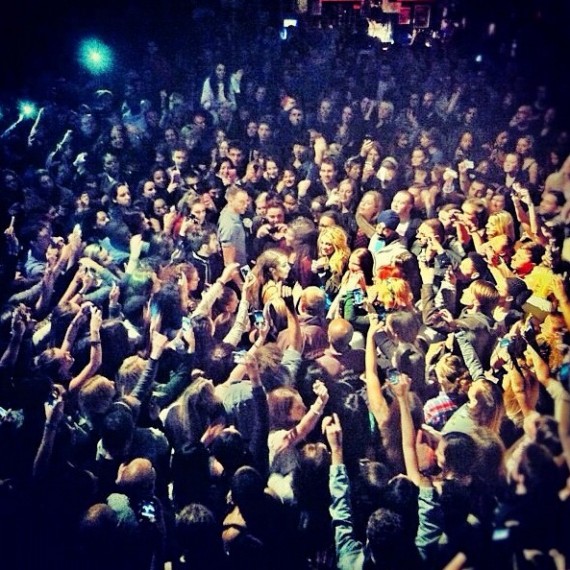 DELILAH IN HER CROWD!
I was initially confused when I had heard others refer to her in person as ‘’Paloma’’? After questioning this I was informed that Paolma Faith had come out in public just before Delilah and so Delilah was forced to take another stage name 9her own real name is Paloma Ayana Stoecker)-how irritating must that be! So a few years down Delilah is here, it suits her and is inspired by her great grandma. I like Delilah’s story coming up in this music game. She’s had a real music artist’s path into the scene, which has prepared her for the rough road that many Brit school and x factor singers wont have a clue how to deal with. She’s sounds and looks unique. I like her image. Just check out her Wikipedia!.
Backstage before a show Delilah likes a quiet calm atmosphere with only her close team, hair and makeup. She doesn’t encourage friends hanging out and joking until after her show. She uses the time to get into her zone so that she can focus and do vocal exercises, which involve lots of screeching (a true singer!).
Delilah wore 1 outfit for the whole show. She didn’t need another-it was striking enough. Made by a designer called Tula who made her a bustier out of crystals to emphasise and highlight her glamazon figure. She rocked shoes by one of her favourite shoe designers Giuseppe Zanotti who loves her! (I need a special relationship with a shoe designer!)
In the crowd which was very diverse and mixed in age and race, were bloggers and the occasional star like wretch32.
A particular big moment that stood out was when Delilah did a cover of the Crystal Waters anthem ‘’Homeless’’ song. Surprisingly to me most of crowd knew it. 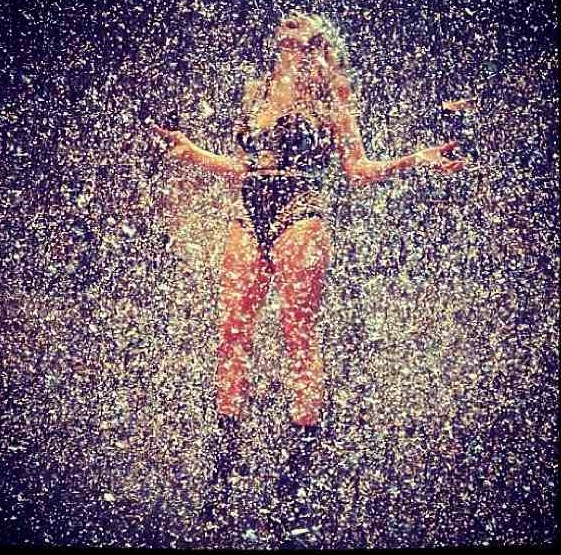 DELILAH DURING HER FINAL TRACK!
Delilah did her thing for a whole hour and even bought her sister Tabitha out onstage! (She of the ‘Tabitha mummy and me’’ song (who wouldn’t leave the stage after the gypsy woman song lol). Delilah shared the mic love though and also picked members of the audience out to sing onstage with her
At the end of the show when most of the crowd assumed the night was over, Delilah surprised them by turning up in the middle of the crowd and a lone strong spotlight switched on in the centre of the auditorium to see her sing her final number amongst her clearly very excited fans! Right at the end a shower of multi coloured glitter fell from the rooftop and covered her to everyone’s camera delight!
This lady’s one to watch as she sings strongly and writes her own music- signed to Atlantic records, she was nominated for best newcomer at this years MOBO’s in a very strong category and she was also just on Never mind the Buzzcocks so I can imagine that Jools Holland is just around the corner too! Afterwards we all went up to the bar for the after party, which was very intimate for the record label and family and friends. 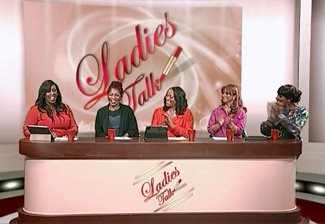 JASMINE WITH HER FELLOW ”LADIES TALK” PANELLISTS ON SET!
Finally Twitter and Facebook was a buzz with the new TV ladies talk show- LADIES TALK on SKY 218. Its now 3 shows in and you love it!
On the panel are lead host ladies Angie Le Mar and Jacqui Joseph, joined by resident panellists Bonnie Greer, Jackie Michaels and myself. The first show saw us discuss sisterhood, Rihanna as a role model, are you too old to wear that? Jimmy Savile-gate, ambitious women, Camilla’s Indian yoga retreat and the top 10 excuses women make not to have sex! As if that wasn’t enough fun with the heated back and fort debates, we were joined by English actress Ellen Thomas who has had many television and film roles, but is perhaps best known for her recurring role in the Channel 4 Bristol-based comedy, Teachers or as Grace Olubunmi in EastEnders. Ellen looked ravishing in her cleavage-showing shirt and was an inspiring first guest o the show. This woman has been in practically every British hit show from Casualty to Doctor Who to Grange Hill, The Bill, Holby City and more. She revealed that she’s currently starring opposite Pierce Brosnan as his sexy secretary and starring in the new youth urban comedy film ‘’Its Alot’’.
Ladies talk discusses issues that affect us all, women and men of every age and culture and it’s a lot more connected than Loose Women. Its unapologetically saucy, serious, articulate and forward thinking. In the same way that Loose Women makes no justification for not having a resident woman of colour on the panel, we just happen to be a panel of ethnic women.
We are all part of history in the making in British TV. The format may have been done already, but what we bring is a new vibrant and coherent talk show that will change the face of talk TV in the UK, by showing them how it is done. For all of us exclusion is not an option, and we proved in the first 3 shows that making good innovative television is not solely for the chosen few. There is still a lot of work to be done. We are at the birth stage, so let’s keep the level of professionalism up and ensure that LADIES TALK becomes the most watched and talked about show on the daytime television network. It is important that we all play our part in spreading the word, it doesn’t matter how big or small your contribution is, they all matter. Join us in the audience every week by getting in touch with straighttoaudience@angielemar.com.
Watch us on SKY 218 at these times weekly-we’d love your feedback!
Friday: 12:15 weekly premier.
Friday: 17:30 pm-Repeat
Sat: 12:00-Repeat
Mon: 08:00 am -Repeat
Tue : 19:30-Repeat