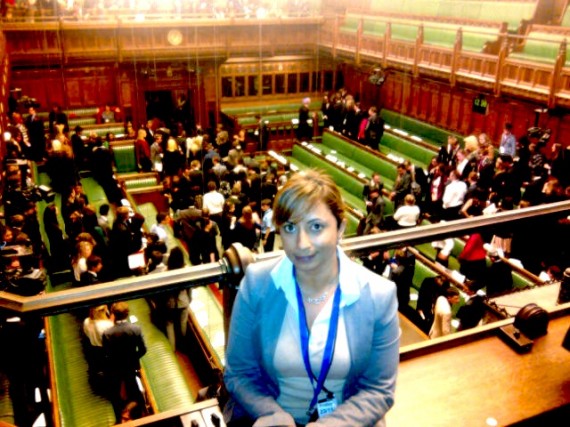 JASMINE AT THE HOUSE OF COMMONS FOR THE YOUTH PARLIAMENT ANNUAL DEBATE!
Young uns these days have it easy. Honestly. I feel so strongly about this that in the next few weeks I’m going to film myself having a rant on youtube. All I hear these days is how hard life as a young person is, but all I see around me are doors open wide to let them in- we can open doors but you have to walk through them yourselves!
As a youth I was working after school teaching ballet and streetdance, whilst at college I had summer jobs in Selfridges and Liberty. Whilst at university I was teaching aerobics in my local community as well as teaching jazz dance classes at Pineapple Dance Studios. I worked night shifts in my first TV job and I did it all with a smile cos I loved learning. There are media placements and workshops and courses that are free these days and I have young people calling in with excuses like ‘’its raining so I’m late’’, ‘’I didn’t know where I was going’’, ‘’I feel ill can I come another day’’. Really!? The internet tells you all you need to know about directions, rain ain’t never stopped me doing a damn thing and you don’t want to take opportunities that are handed to you on a plate? Really? Then you deserve to be miserable and unemployed at home!

This week I’ve witnessed amazing young people from the UK Youth Parliament speak at the House Of Commons, watched and met engaged youth at Media Trust take part in community journalist mentor sessions, seen hundreds of youngsters turn up to the Ultimate Seminar and next week I cannot wait to attend the Sprit Of London Awards (SOLA).
There are now more avenues than ever for youth to get involved with huge organisations and get connected on that first step of their career ladders!

I attended THE SPIRIT OF LONDON AWARDS last year at the Royal Albert Hall-it was an experience equal to the BRITS and MOBOS and even more satisfying as it honours and champions young people doing great things!
This years awards in association with PlayStation is on MONDAY DECEMBER 10TH at the O2 ARENA in NORTH GREENWICH.
Now in its 4th Year the awards were launched by the Damilola Taylor Trust in 2009 as a legacy project to Damilola and all the other young people lost to youth violence on streets of London through the Years. The aim of SOLA is to demonstrate to young people just how much their positive endeavours matter and how much they are valued. Looking to emulate the great celebrity awards events like BRITS and MOBOS with the only difference being that it is the young unsung heroes of London that become the celebrities for this event!
This years line- up is both amazing and eclectic and includes Labrinth, Diversity, Maverick Sabre, Chase & Status, Stooshe, Angel, Noisettes, ACM Choir feat Mizz Camara ,Mcfly and no doubt many more! Last year there were celebs, sports stars, everyone dressed in black tie and the show was produced beautifully!
The award categories cover virtually every aspect of interest and engagement for young people. The awards are open to young people aged 15 to 25 unless stated. Categories include Young London heroes (5-15), London Community Champions, Achievement through Music, Achievement through Sport, Achievement through the Arts, Achievement through Education, Achievement through Media, Achievement through Fashion, Young Business Entrepreneur, UK National Young Campaigner of the Year (5-15).
One final award is that of LONDON LEGEND – This award is voted for by young people and is given to an iconic Londoner they feel has graced London as a positive adult role model. In 2009 it was Sir Michael Caine – 2010 Barbara Windsor – 2011 Harry Redknapp! I can’t wait to see who wins this year!

In an arrangement with UK Athletics and Team GB London 2012 all the awards on the night will be presented by medallists from the Olympic and Paralympic squads- how exciting and incentivising for the young winners!.
Olympian Christine Ohuruogu told us “The Spirit of London Awards is such an important event and I have been lucky enough to have been involved every year from the start. This has been a fantastic year for London but the inner city areas still face huge challenges and so we should not lose sight of how important a project like this is – Putting the spotlight on the positive things young people are doing is not just refreshing it is vital if we are not to allow the small negative faction get all the attention – This is unfortunately what has tended to happen and SOLA brings some much needed balance in this respect”
SOLA Ambassador Dean Atta who is a very active voice for young people enthused “getting nominated for SOLA changed my life as it gave me so much more confidence in not just my poetry but also my ability to inspire others – The SOLA Foundation is now like a huge collective family of like -minded young people all of whom want to see positive change where negative issues effect young people – The Wall of Silence project shows just what we can achieve as a cohesive unit and it was great to see the police recognise this” 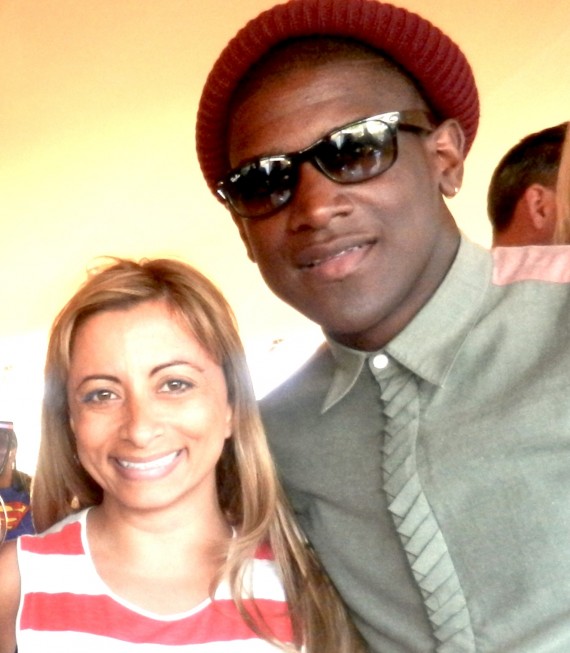 JASMINE WITH SOLA SUPPORTER LABRINTH!
Music star Labrinth who also performed at SOLA 2010 stated, “I love this event and all that it stands for. In 2010 I played an acoustic version of Bob Dylan’s timeless classic ‘Times They Are A-Changin’ as I think that it’s relevant to the project, and how it illuminates the positive things young people are doing in London”.
Ashley Banjo of Diversity said, “We performed at the inaugural event at the Alexandra Palace back in 2009 and then again at the Royal Albert Hall last Year. It truly is an amazing show and it is largely the unsung heroes that light up the stage with their stories – Diversity are so proud to be part of the SOLA family and cannot wait to get on The O2 stage this year to do our bit for the cause”
Mayor of London, Boris Johnson added, “The Spirit of London Awards represents everything that is great about London and it is so refreshing to see young people being rewarded for their positive contributions on such a grand scale”
Finally David Cameron – Prime Minister said, “These awards represent everything that is great about the young people of our Country. They are a credit to their community and to their city and I am delighted to see what a fantastic job the Damilola Taylor Trust has done in the way the project now has the young people who have come through the awards actually running the event. An extraordinary achievement and a fitting finale to what has been an amazing Year for our Capital City”
Every year I settle down with the Adidas family and my young reporters to watch this brilliant event and I will be front and centre cheering this years young winners on!
For Community Group Discount tickets tickets@solafoundation.org.uk
For all other tickets
https://tickets.axs.com/eventShopperV3UK.html?wr=29295a9a-4b28-4f5e-917c-9ac54efc1da8&skin=theo23
For press enquiries press@solafoundation.org.uk 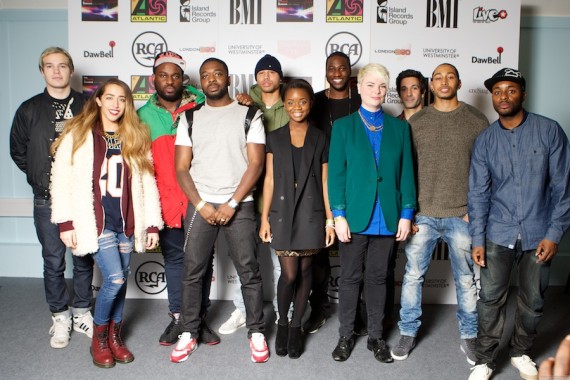 MOVERS AND SHAKERS IN THE UK MUSIC INDUSTRY AT THE ULTIMATE SEMINAR.
Next it was time for the annual Ultimate Seminar. I used to attend this as a new young buck in the music game way back in 1997. Back then it was called the Urban Seminar it taught me a lot about the industry and how it works. It also help me set up my network of peers in the industry I would claim as my own in future years. This event goes from strength to strength and this year saw a great turn out. Basically it’s a weekend event where hundreds of youngsters who want to work in some area of the music industry gather to hear a variety of special panels and speakers talk about the industry, how to do things, the highs and the lows. This years event at the University of Westminster saw a multitude of team UK players like singer Delilah, DJ Manny Norte, Island Records president Darcus Beese and many more come and share their specialist knowledge with the audience. 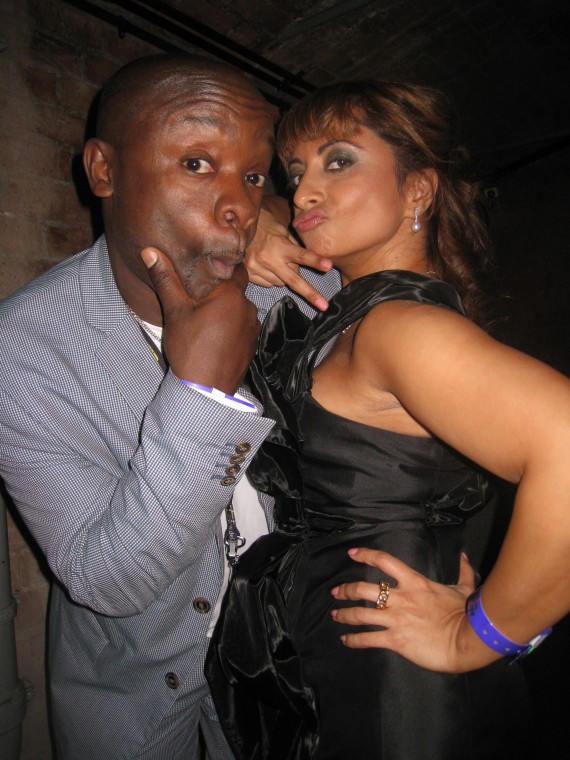 JASMINE WITH ULTIMATE SEMINAR FOUNDER KWAME!
My mate Kwame Kwaten- Co – founder, The Ultimate Seminar told me ‘’We started The Ultimate Seminar because there was a need to bridge that gap from classroom to boardroom – the music industry can be a treacherous sea for a person to swim in and sometimes you just need a heads up, someone to say I’m going through that too, and here’s how I got around it and dealt with it. This year we’ve had a great turn out and some real pearls of wisdom come from the stage and I think there are a lot of people that will leave today better off for it’’. 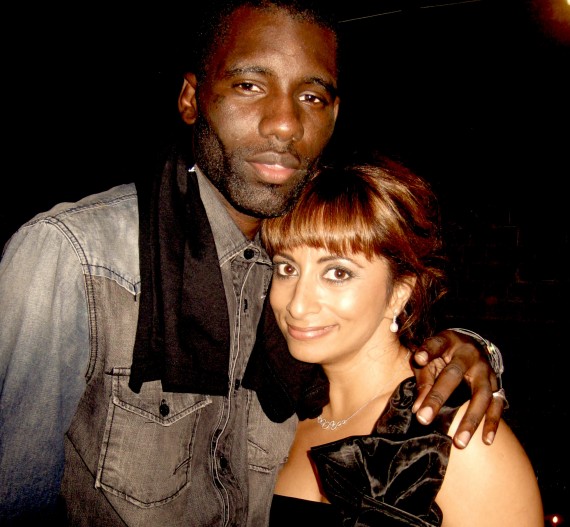 JASMINE WITH ULTIMATE SEMINAR SUPPORTER WRETCH32
Producer/songwriter Lucas Secon emphasized ‘’I feel it’s important to be able to relay to budding artists, producers and people in the industry how to break out worldwide from England, as England is now seen as a musically trend setting place and I feel like with my background in producing and songwriting with Christina Aguilera, Sugababes, Kylie, Britney, Mos Def all the way to alternative Gym Class Heroes, I’d be able to shed some different light on it’’. 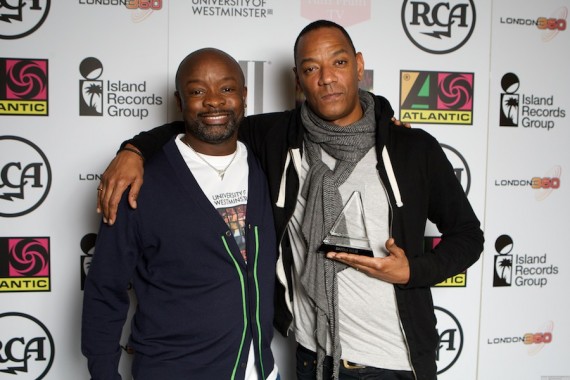 ULTIMATE SEMINAR FOUNDER KWAME WITH ISLANDS RECORDS HEAD HONCHO-DARCUS!
One of my peers from many years ago, a great UK music man- Tim Blacksmith (Stargate Productions) smiled and looked proud as he stated ‘’The Utimate Seminar is a great thing to have – it’s important to inspire young people to be a part of making great music and being involved in the industry, whether it’s being a publisher right through to being in A&R. It’s always good to give back, I was one of those faces once, so I know how inspirational it was for me to hear some of the people talk and it gave me ideas’’.
Current TEAMUK chart hottie Wretch 32 said ‘’I think people have learnt a lot at The Ultimate Seminar – I’ve learnt a lot, and I hope that everyone we’ve spoken to has learnt a lot, without this event it just wouldn’t have been possible’’. 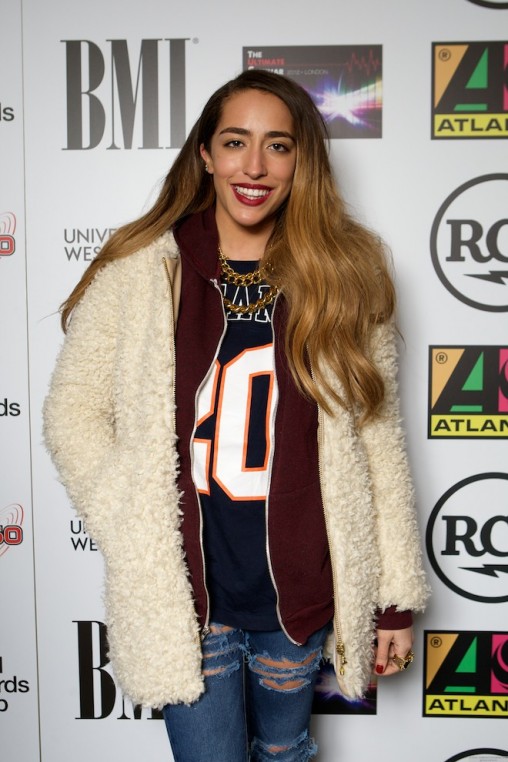 DELILAH AT THE ULTIMATE SEMINAR
So you see people, there are so many things out there opening doors to us all-you just have to open your eyes, search for them and act!