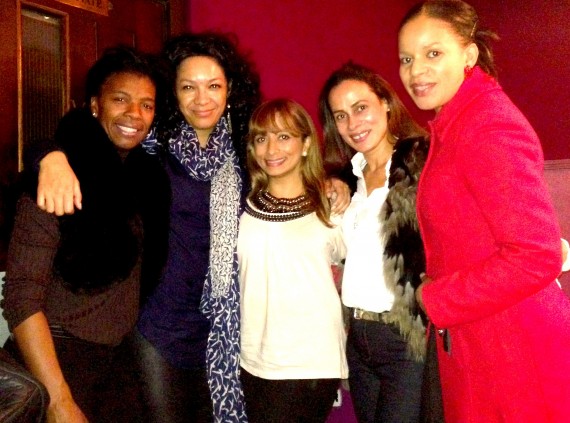 Happy New Year! I hope you all had a great holiday period? I ended the year with a relaxed one for once. It had been a hectic year and I needed to step back and reflect. I think the number of black oppression films I viewed just before Christmas also added to my sombre mood. It was a strange year as the movies about racial conscious came thick and fast. The film world is seeing a Black Film Renaissance but why did all the films have to be so depressing? I know these stories have to be told but like the same complaint we make on TV, don’t we have any feel good films to balance this stuff out?
First The Help, D’Jango , Mandela, then The Butler,. We complain that there aren’t enough roles for black actors then a whole bunch of films come along with roles for black thespians, yet they’re all depressing. It’s a lose -lose situation right here!

Whilst The Help was horrific, D’Jango was tragic it had humorous moments and was sold as a cowboy comedy in part. Mandela was a serious autobiographical tale told well against a background of apartheid. The Butler was based on a real story but it was a watchable story of sentiment. In 2014 we can expect the biopics about Martin Luther King and James Brown, so expect more sweetening up of real stories right there.

However, 12years a Slave, which is out to the UK public this month, is something you need to be mentally and emotionally prepared for. I was invited by my friend MOBO CEO Kanya King to go to a private early screening in December.

The film is the extraordinary story of a free man torn from his family in New York in 1841 and enslaved in the South. In the pre-Civil War United States, Solomon Northup, a free black man from upstate New York, is abducted and sold into slavery. Facing cruelty at the hands of a malevolent slave owner, as well as unexpected kindnesses, Solomon struggles not only to stay alive, but to retain his dignity. In the twelfth year of his unforgettable odyssey, Solomon’s chance meeting with a Canadian abolitionist will forever alter his life.

12 years is even being tipped to become the first film by a black director to win the Oscar for best picture at the Academy Awards in March.

The reason I think thismovie has touched audiences most with its realistic portrayal of slavery isbecause a pair of Britons finally brought the true horror and real take on this comprehensive take on America’s scarred heritage to the country’s silver screens. The other films add comedy and sentiment to the American story of slavery whilst the British filmmakers really don’t mess about.

The movie had all the press and celebs at Cineworld in Haymarket in tears. There were audible gasps andsobs all the way through the film screening just before Christmas. Its great that the younger generations who may not have watched Roots in its hey day can view this and take in just how recent slavery was. It took place during my own great grandparents era so not that far removed from today. No wonder communities still have deep psychological issues with society! After the film screening the director and lead man did a Q&A session with the audiencewhere they told of their experience making the film and how they wanted it to be a true reflection of a horrific historical period. One thing that struck me was a quote by director Steve McQueen. He said ‘’tragic and terrible things happen on beautiful days all the time’’ one persons great sunny day is another’s day of devastation’’

In making this film, black British director Steve McQueen, and lead man -actor Chiwetel Ejiofor, have shed light on unresolved tensions in a nation where African-Americans remain disproportionately poor, badly educated and locked behind bars, even as they are led by their first black president. It has made Americas sit up and question much. Will it do the same in the UK this month? 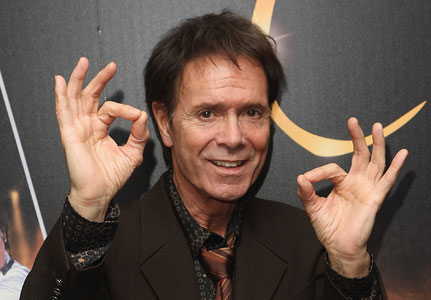 From black oppression to white pop legend. I was fortunate to hear my mums fave childhood crush- Sir Cliff Richard- talk to The Wireless, Age UK’s radio station where he was fascinating to listen to but things that he said that stood out to me included him praising upcoming musicians but worries about how they are treated. He said: “When you think about it, even the losers on X-Factor are good. I mean, they’re really good singers these days. “When you think of One Direction, five of them, they all lost. None of them won X-Factor and they’re the biggest boy band in the World at the moment.”

Cliff is in that league of diverse music acts like Dolly Parton and Cher whom the black community love to love and play proudly at home. However, he expressed some concern about how bands are supported, “I don’t think the new groups and young singers have the same support system. Today you can have a number one, if your next record’s not number one sometimes they won’t re-sign. It’s because they don’t have the same faith in the artists that my producer and manager Norrie Paramour and Peter Gormley had.”

He also expressed his amazement at his latest album, his 100th album, saying, “I cannot believe how this could happen to me. I look back and think I didn’t have all those lessons and classes and stuff. I had nothing to fall back on. I mean this is ludicrous. And if people don’t understand why, join the queue, I’m at the head of the queue; I have no idea why.” that floored me!? his 100th album? Can you imagine? At aged 73 this man has just released his 100th album!.

Asked about whether he is thinking of retiring, Sir Cliff said, “Here I am at 73, and I’m not sure that retire is really in my vocabulary, but what I want to do sometimes is just stop. And so therefore in the future I might try and figure out how I can just stop.” But fans of the musician should not panic as he went on to say, “And then start whenever I want to again.”
Just hearing his get up and go attitude to life makes me feel like a sloth! I need to keep up with Cliff in 2014!