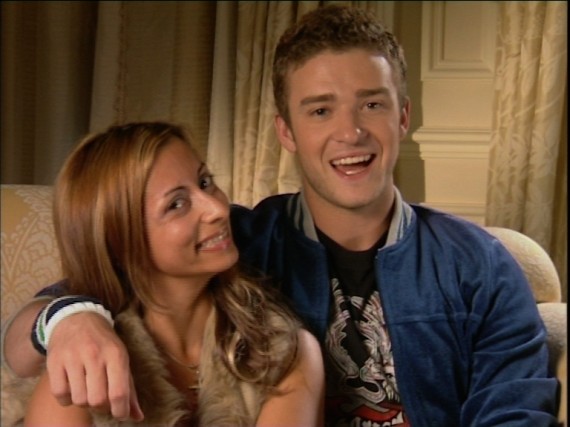 The week began with press promotion for Justin Timberlake and Mila Kunis latest film ‘’Friends with Benefits’ which was absolutely hilarious. Justin was as ever very amicable and fun with his quick wit and fun personality- he has always been an articulate, hard grafter that is very particular about what he works on and that’s why musical and in film his delivery is always a class. It doesn’t hurt that he’s hot either! We reminisced about our MTV days where I made numerous TV specials about him and his group N SYNC as well as his solo tours. I once spent a whole week in Florida courtesy of Justin waiting by a hot swimming pool to film him but daily was told ‘’Justin has just split with Britney and we’re not sure when he’ll be ready to do press’’ so I returned home with no TV show but a great suntan! 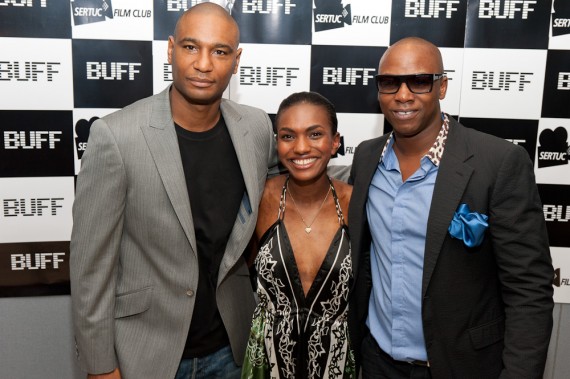 Friday night post work fun was had at the TUC –labour party building (a building that was set up to promote arts amongst working class people) in Covent garden where the BRITISH URBAN FILM FESTIVAL (BUFF) were holding their annual weekender for film fans and makers alike.

Before the main film started there were trailers for upcoming movies that I cant wait to see. Firstly, ’Before they were n dubz’’ which looked like it could be the urban version of the spice girls movie LOL. A more serious documentary called ‘’War against gang rape’’ and 16 more shorts including one (Special Delivery) by upcoming actress and writer Kamara Bacchus.

I was really blown away by a really gripping short film about black history called Manorlogz by Bernard Kordieh . It was beautifully and artfully crafted and I’m hoping to get a hold of it to show you-it really empowers and inspires!.

There was also a nostalgic look back and 1 minute standing ovation for the dear departed from the past few months that paid homage to Nate Dogg, Gil Scott Heron, Amy Winehouse, Bubba Smith and Sam Loco Efe. 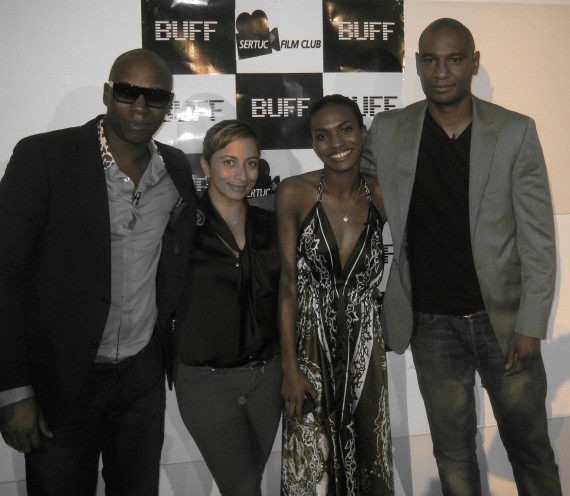 JASMINE WITH THE ”DAVID IS DYING” LEAD COUPLE AND DIRECTOR.

All the hype on opening night was around the film DAVID IS DYING which is about a man obsessed by girl friend but his past relationship with his mother and dire circumstances affect him mentally lead to a heart-breaking story. Lonyo-one time music star plays the lead role and was mesmerising in his performance. Even though shot cheaply the story was amazing, heart breaking and Intense. Even though Lonyo is not a trained actor his performance held us every part of the way (some ladies present were adamant that his ‘’striking sharp features and handsome aesthetically visually breathtaking’’ looks didn’t disappoint either!

Lonyo used to be an extra in the football themed  TV show Dream Team and he told the UK film blog FLICKSANDBITS ‘’ From being on set then, I picked up all of the language that the camera men and the directors were using when they were giving directions to the main cast.’’ Lonyo recalled that Ironically he was dropping off a mate to the audition and they asked him to read for the part ‘’ So in the audition process they wanted me to cry, so I had a few moments to prepare myself, I just thought about Liverpool losing (laughs) – I’m a big Liverpool fan, it brought up all these emotions and I delivered some lines. They were like “this kid might have something.”

Lonyo told us about working with the director Stephen Jackson ‘’ He gave me so many instructions into how he wanted certain things to be delivered, he had a strange way of working though, he’d never let me look back at what we’ve filmed, he never let me see anything, the first time I actually saw the film was when I came out to Miami for the festival.’’

If you want to see DAVID IS DYING as well as a number of other titles that may include ‘huge – the movie’ feat Noel Clarke , ‘Tupac assassination’ , ‘Sus’  ‘Rappin at the royal’, Hip-hop opera and ‘Before they were N Dubz’ – stay tuned to JASMINES JUICE where I’ll be telling you where and when in December we can all invite our family and friends round and arrange a day of great movie screenings! 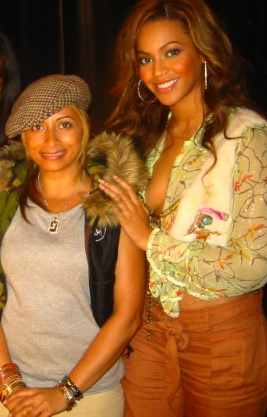 Saturday night saw the LONDON FASHION WEEK launch and dinner of Miss Beyonce’s HOUSE OF DEREON fashion line, which she runs with her mother. It’s always a shock to me seeing mama Tina Knowles as she has clearly spent a lot of cash on a complete face and body overhaul I barely recognise her! If I showed you the early shots of us all working together and what she looked like then (motherly, rounder, well aged and beautiful) to how she looks now (same age as her daughters, slim, pulled, good but different) you wouldn’t believe it was the same woman! You have to admire Beyonce’s chutzpah at ensuring her mum has her own independent thing going on and she’s still publicly one of the best mentors and role models we have out there! Her music is way stronger than the dress designs though. I wanted to love them but you know I always speak the truth-they weren’t anything new and embarrassingly when I went back to Selfridges the next day to show my mate the range the assistant on the 3rd floor women’s designer wear section haughtily informed me ‘’Beyonce’s stuff is high street not designer –you’ll need to go back to the ground floor’’

I completed my week by going to the gorgeously ornate, intimate west end theatre The Garrick to watch RESPECT LA DIVA after I won tickets in a competition! (Yes I still do stuff like that!) The show celebrates a wide selection of female singers throughout recent history and I was pleasantly surprised by the vocal ability of the full cast .The graphics on set were brilliant and extremely well done creatively. Acts that they chose to induct into the DIVA HALL OF FAME who included Ella Fitzgerald, Dinah Washington, dusty Springfield, Diana Ross, Tina Turner, Aretha Franklin, Whitney Houston, Etta James, Shirley Bassey, Alicia Keys, Mariah Carey, Beyoncé, Dusty Springfield and many more great Divas along the way. the whole audience was swaying and head nodding in our seats as classic hit after hit –over 30 songs!-were performed strongly by the cast who included Sheila Ferguson (three degree’s), Denise Pearson (five star), Katy Setterfield and Zoe Birkett (who I actually thought were vocally stronger and better stage performers that the 2 latter ladies)  and one time X Factor contestant Andy Abrahams who shone as a more than able host and singer in his Stevie Wonder medley! the show rolled songs into a very basic story line that went from chronologically commemorating the singers as well as using a ‘backstage tech lady character’ who finally makes it as a singer herself.  As the show reached its climax I realised that Mariah Carey would be last as all the other named singers had been covered. then they performed 1 Mariah classic. Her duet with fellow diva Whitney and that was it. no big final ballad from Mariah’s unwavering catalogue of huge global hits? It was very strange and I swear I speak totally from an unbiased angle. Clearly in a show about diva’s to include 2-3 tracks from other acts like Whitney, Christina Aguilera and others and not one solid Mariah hit? Hero? Vision of love? Anytime you need a friend? We belong together? Between her songs, her outselling every female diva of sales- (over 180million worldwide!) and her reputation as the music worlds-nay the worlds biggest diva- she was under represented to put it mildly. Clearly the show acknowledged her legend my placing her last but why no songs? Maybe it was a legal rights issue with song writers, [publishers and the like. aside from this id take my mates and family to see it again when it tours next year- my man and his mate were even drooling at the singers and their dance routines so there’s something for everyone!