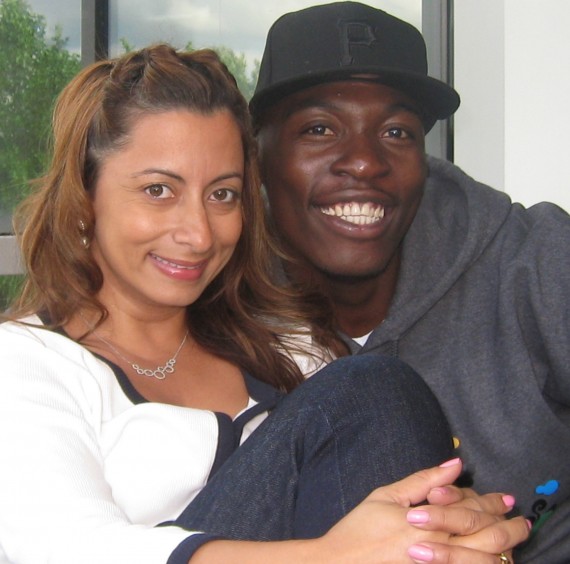 I was invited to the Spirit of London Awards to sit in the Adidas VIP box. The Spirit of London Awards (SOLA) were created as a fusion of all the great celebrity award shows such as the BRITS and MOBO with the one big difference being – The stars of the show are the unsung young heroes of our local communities and the celebrities are there to applaud and pay homage to them – The Community Oscars! The Damilola Taylor Trust developed the awards to address the imbalance in the way young people were perceived due to a small minority who create negative media headlines. The awards are now the standard bearer for the majority of the fantastic young people of London

What an amazing night. We really need more events like this to validate our youth and shoe the mainstream and general public that young people are doing amazing things- its just the positive ones aren’t being noticed. The awards was held at the royal Albert hall and hosted aptly by comedian and DJ Eddie Kadi alongside his less capable co-host Stacy Solomon. (Another case of organisers getting celebs to do presenters jobs-she’s a great singer- a wack presenter). We were informed that as well as hearing the inspirational stories of youth we would be entertained by Tinchy Stryder, Beverly knight, diversity and Dionne Bromfield. I was fascinated by an 8-year-old boy- Lucas pinto- who was named YOUNG HERO for persuading the chief executive of Tesco to reconsider the minimum wage it pays workers. He was articulate and confident and spoke with passion and I had no doubt this kid could one day be prime minister! He thanked everyone. No really. His family, friends, ‘’mister Johnson (Boris), his youth club teams and so many more-what a stone winner!

We watched TeamUK actors Ashley Walters and Adam deacon present awards, Bluey Robinson sang, we had choirs, pianists-hell I was so inspired and proud I even compared Tinchy Stryder and Dappy’s song words to Marvin Gaye LOL! …’’See I don’t understand how you’re number one, when it was just a fling before now, you’re the one, see all i did was blink twice from my homie to my only, number one .you lift me off the ground, I always want you around’’…..

Diversity and Tinchy got the packed venue on their feet, snapping away on their phones and jumping around-even the old blonde coiffed within an inch of their lives Essex wives were up and mouthing along to Tinchy’s set!. Finally when I thought it could get no funnier, Jermaine Defoe walks onstage. He’s there to present an award to his manager Harry Redknapp. The MC narrator has already announced that this is the winner of the LONDON LEGEND award. THE winner. so sharpest tool in the box Jermaine announces ‘’and the nominees are….’’ to an awkward long pause with much giggling amongst the audience. He tries at least 3 times before the MIC announcer says ‘’just announce the winner!’’. Oh how we laughed! a funny upbeat ending to a great night full of amazing stories about young people that are achieving high. a low ending though as organiser Gary Trowsdale informed everyone that the nightclub up the road-AMIKA-had cancelled the after party as they wanted a high turn out of celebrities and the kids just weren’t good enough for them. I hope as these new generation tastemakers and power players come up in their respective worlds they boycott venues like this. How disgusting!

Next I caught up with a young person doing positive things to further her career- dancer/ actress Teneisha Bonner who has been a part of the dance troupe Zoo Nation for the past 10 years- she was one of leads in their amazing production ‘’ Into The Hoodz ‘’ more recently and is now starring in the new hip-hop theatre musical- Some like it Hip-Hop….Loosely inspired by the musical ‘’Some like it Hot’’. Teneisha told me ‘’it’s a  comedic tale of love and mistaken identity, about 2 female characters journey about adapting in a mans world. the show includes an all original musical score. It’s a family show-no age group are excluded, its for everybody. Hip-hop theatre at its best. With all the bad press that hip-hops been getting it breaks down the stereotypes’’. With that pitch how could I not be there! 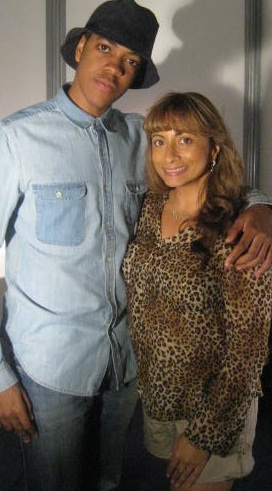 I ended the week speaking to one of my favourite TEAMUK acts- the inimitable Chipmunk. Chippy popped into LONDON 360 NEWS to talk about his recent music mix tape SPAZZ.COM , his future path and thoughts on loads including pirate radio stations, life, love and more!. He highlighted the importance for making ‘’pop songs that are grime based’’ to get a wide fan base and get out his music to as many people as possible. Chippy said he understands that ‘’love and hate are simultaneous-if you roll out more success you get more love, but you’ll also reap more hate’’. Commenting on his recent release from his record label Jive he revealed ‘’‘‘Jive as a label is in a situation and therefore I’m now an independent act-it’s a good space to be in, I’m currently independent and I’ve had calls from every major label here in the last fortnight cos they understand I’m only 20 years old and still fresh and ready to elevate me and my team to the next level-The plan is to go with my own label-a lot of people forget that I charted independently before I got my record deal’’.

Chippy said he wanted his album Transition to be an event for the country but he admitted ‘’ if I’m dead honesty I think it was my single  ‘’Champion’’ with Chris Brown that made my mark. In years to come when I’m 30 and people look back think they’ll see Transition as a milestone in my musical career’’

talking about his early days he reminisced ‘‘Youth club’s are what formatted me as an artist, I spent many days there MC’ing and learning how to make the best out of the worst facilities, so when I have a radio mic with drop down compression or 3 cameras on me I know how to confidently deal with it’’

He looked back on the riots poignantly ‘’‘‘Now that the riots are all done with the message I put out is that young people are young adults, the older generation look at us as if we’re kids but we’re not. There is a need for young people to have money that people overlook. The only means a lot of young people have to make money is by negative actions and illegal means’ ‘Everyone has a need for currency-the unfortunate don’t care about what the fortunate have to say- they’re not putting money in their pocket. I’m here living well, someone else suffering will never listen to me-their experience is different. I try not to judge. A lot of young people just need money and I would advise them to do it the positive way’ ‘I had a few mishaps growing up in Tottenham but I saw everything in my area, how quick you could die, seeing this at a young age made me focus my energy correctly-like my fellow area peers like wretch32 and Adele we focused in the right direction’’

Chipmunk was the first UK act during my time at MTV BASE that openly championed his smartness whilst others (who shall remain nameless were ashamed of their education and asked me never to talk about it as it would ‘mess with their street cred’’). Chip stated strongly ‘‘If anyone can tell youth the importance of being intelligent I’d like to do it. I was read to as a child and I’m proud of that and telling people that education was a big part of my life, I never struggled with reading but probably would’ve enjoyed it more if it wasn’t given to me as a punishment. Parents could start by making their child’s first presents a book so subconsciously they are brain fed the idea that you read books as a positive activity-make their first present a book!. ’’

‘’I was never the best MC in my crew but I carried on practised and developed my craft-my school Gladesmore school was great they let me attend interviews with you at MTV and were helpful so I worked with them to make it work’’.

With that Chipmunk left a whole room full of CEO’s and young people in the BBC building all inspired and gushing as new fans-.

What a week of contradictions. Finally the West Coast legend that is Dr Dre throws a party to promote his ‘’Dre beats’’ headphones with HTC at London’s Round House. If a party like this had gone done a few years ago it would have brought the city to a halt. With big names like label mogul Jimmy Iovine and artist Will I Am in attendance this party would’ve shut it down. But as no one knows how to make a party pop off any more it had the worst reviews and was flatter than a pancake. Here’s who attended; Beardyman, Nero, Martin Solveig, Fredde Le Grand and Zedd, Lady Gaga, Cheryl Cole, Fazer, Dynamo, Emmanuel Frimpong, and a whole lot more, fans queued around the block in their hundreds to celebrate. Honestly could you have written a worse press release for a hip-hop inspired party? Seriously what’s happened to our social scene? Can no one throw a cool guest list together anymore? When we had the P Diddy party at Café de Paris we shut it down. The Maxwell party at The Qquarium-shut down! Janet Jackson at the London Dungeon-a shut down. Destiny’s Child at Porchester Hall- a roadblock. You bring in Dr Dre and even he’s bored at his own party? That’s a crime. Even the music that was played at the party-guests said ‘’it was dead’’. What? A Dr Dre party where the beats are not live? A terrible contradiction! Party planners now get the vibe totally wrong. This is one thing that back in the day record labels and PR companies knew how to get right. The crowd has to have some ‘’real street heads’’ and taste makers in the house. Mix this up with a scattering of current celebs and skimpy attired ladies with a dash of a superstar DJ party spinner and you have a sure fire hit. In fact-many still cite my birthday party a few years ago in Kensington as the 1 London party that shut it down for good. With all my friends and family- not-real people that know each other and therefore get down, we had in the house all UK music, sports and power players as well as heart throb singer Usher, R&B vocalist Joe and then heavy weight champ Lennox Lewis. My music was spun by DJ friends Tim Westwood, Manny Norte, Rampage and others who took over the decks organically like an old skool house party. The mic was live; people were sweating so much on the dance floor that by 6am there were bodies lying all over the red-carpeted staircases and private rooms. There was no VIP area- (a rule that Puffy taught me )– if you need help party planning just holla. Dre deserves better!