Nigerian musical super hero Davido came, saw and conquered at his o2 show. He had confessed he was nervous 4 days earlier when I sat down with him for a TV interview, but on the Sunday evening he gave the fans what they came for. 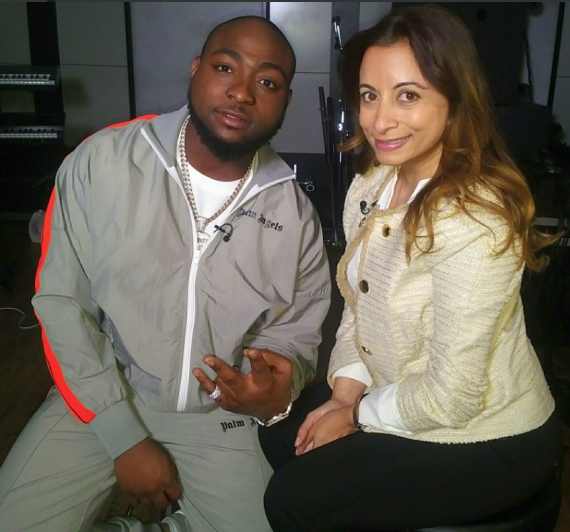 The o2 was a buzz from the tube station all through the dome as fans packed in to see one of the- if not THE – biggest afrobeats stars on the planet. 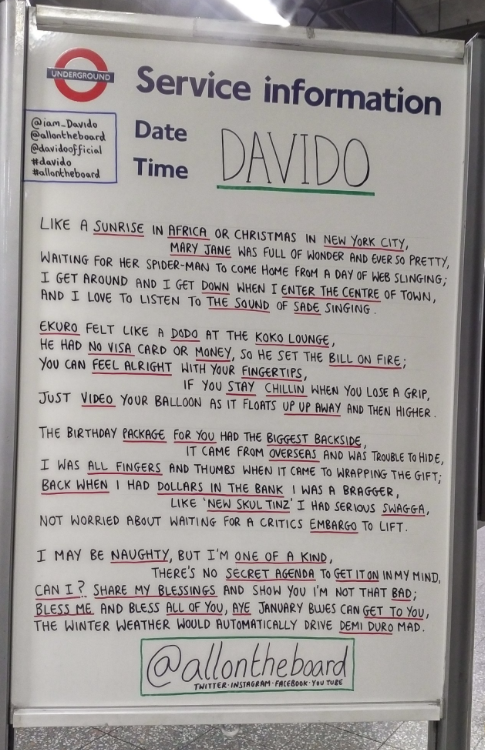 Actor Idris Elba whipped the crowd into the opening frenzy as he introduced Davido. And from that moment the arena was wildin out!

Walking out onto a spotlit catwalk satellite stage so his adoring fans could get even closer to him, the stalls area which is usually seated had no chairs so it could fit in even more standing jumping fans.

It was like carnival. The crowd were dressed in mega swag. From Dior to gucci to Moncler and more the fashion was ON and lit. You’d never know it was winter in London. The ladies were mini skirted, shorts, high heeled and in their best “look at me” garms. Crisp white sneakers and finery were the order of the night.

No scrimping was done in production, this show had it all. I did wonder what Davido would make of the British audiences lack of mega hype energy that we always see in audiences abroad. We can be a little stush in our energy and screaming us Brits right?

The whole gig felt like a great moment reminiscent of the early days when names like Jay Z, Eminem, Nas and more were known only by the real music fans, before the commercial brands and TV folks tried to hunt them down.

Much was made of whether Davido had actually sold out the venue, which was a minor sticking point in the major picture. There were a set of seats at the very back of the arena that were empty. However when you consider that the stalls floor seating had been removed and that floor area of the arena as packed solid as were all the balconies in circumference, trust me, this was a sell out. I’ve seen huge American proclaim to have sold out this space with much less seats sold.

A slew of celebrity names were in the house too. West Africa’s prodigal son did good. Extremely good!