How grime affected the planet. #GrimeSymphony

Much has been made about the idea that this really looks to be the year remembered for grime music going global.

My first recollections of the grime scene are around 18 years ago, in 1997, when acts like Wiley used to jump on the mic mc’ing on jungle tracks, on pirate radio. He then set up a music click called Pay as U Go Cartel. A few years later in 2001, Pay as U Go released a single called Champagne Dance that had the capitals urban nightclubs jumping. At the same time, I heard a lot of street buzz about a garage music, 20-strong crew from south London who my friend managed, who went by the name So Solid Crew and had a track called ‘Oh No’. 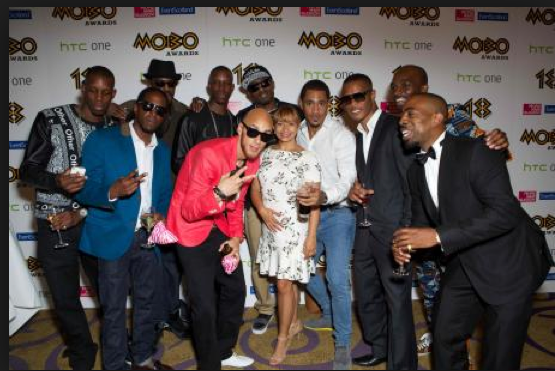 JASMINE WITH SO SOLID CREW.

So Solid and Wiley seemed to be in a race to make it big back then. My peers were always asking each other about the acts latest mix tapes and live shows. Wiley even went so far as to set up another group called Roll Deep (which included Dizee Rascal), and called their sound EskiBeat, and in 2002 there was mass frenzy at his HUGE music event Eskimo Dance (look it up!).

After this more and more local enthusiastic music makers formed crews, posses, cliques- call them what you will. Some rolled as groups or duo’s like More Fire Crew and Kray Twinz, others fragmented off into solo stars like Lethal B and Kano, and more recently Giggs, Stormzy, Jammer, Skepta, JME, P Money, Ghetts, Krept & Konan and more, which left fans back then, and now, constantly debating whether they were hip-hop or grime. Frankly many acts made tracks that were both. Who cares? 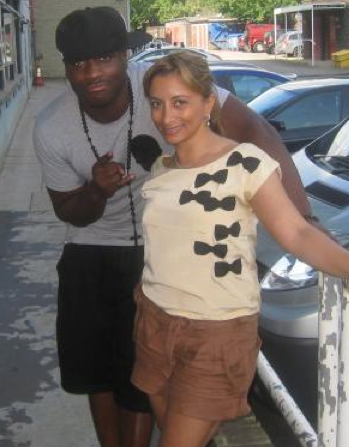 JASMINE WITH LETHAL B. 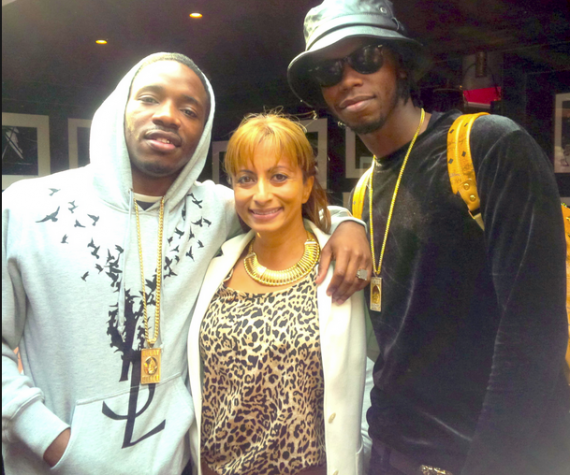 Even the ladies wanted a part of the action and suddenly names like Ms Dynamite, Shystie, Estelle and more were killing it on the scene too. 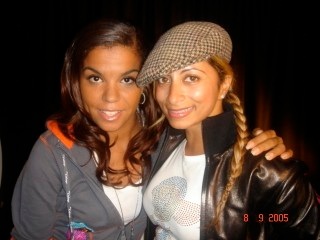 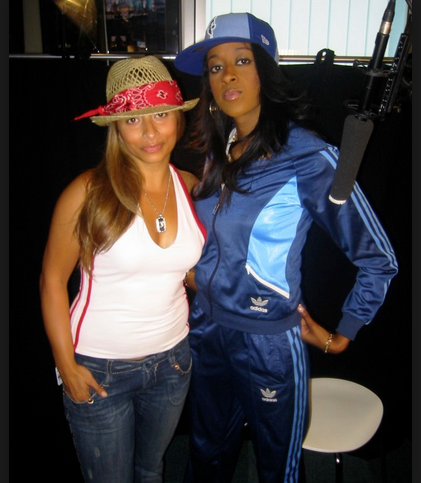 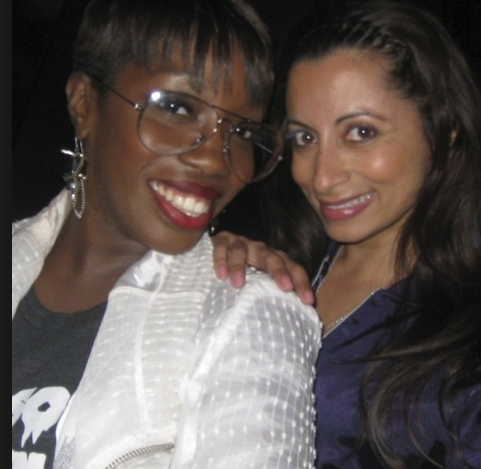 A funny moment for me was in 2006, when I heard that Jay Z had tried to jump on the bandwagon and signed lil Lady Sovereign to Roc-A-Fella Records. I laughed when I interviewed her at MTV at the time, but her single Love Me or Hate Me became the first video by a British artist, to reach number one on MTV’s Total Request Live! 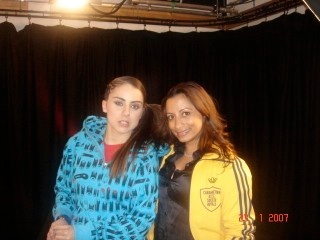 By now, media brands were catching on, that this underground to over ground radio buzz, was taking over parties and young minds and ears like the hip-hop monster over two decades ago. So it was no surprise that whole radio and TV brands were launching off the back of this sound of inner city London. 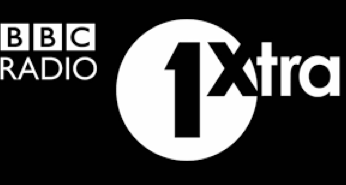 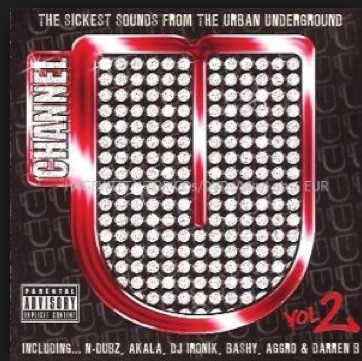 Channel U (now known as Channel AKA) were the TV version that arrived hot on their heels in 2003.

MTV Base which had mostly been seen to be championing American black music until now, sat up and took a lot more notice and aired a TV series based around grime music alongside Channel 4 called Dubplate Drama in 2005.

Not only were TV and radio affected, but also nightclubs and parties were blasting this new infectious sound and live shows were popping up all across the UK. That is, until the frenzy seemed to not sit well with the police, who launched a new enemy to black British music; the 696 form, which they said was created in 2006 to target violence at music events. This put a huge strain on the scene and often led to grime and hip-hop events being cancelled for no given official reason.

The live journey may have been slowed down, but the musicians still had loyal fan bases and were continuing to release mix tapes and albums galore. Wiley with Playtime Is Over, Dizzee Rascal with his second album, Maths and English were just a couple in a sea of unstoppable talent. 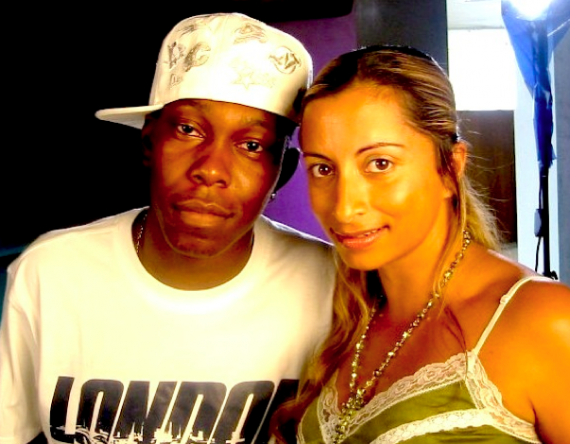 A while after this, a collective of underground MCs known as the movement come together after failing to get radio play in 2007. The MCs included Wretch 32, Devlin, Mercston, Scorcher and Ghetts. 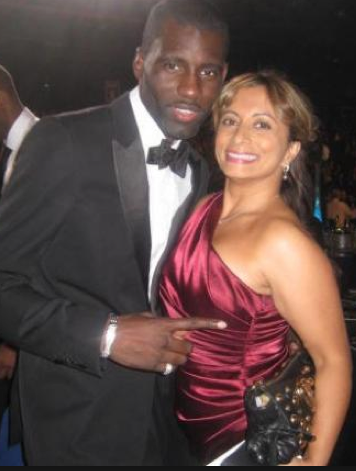 At the same time key influencers who worked in the London based music industries and related brands, from the worlds of sportswear, film, record labels, artists and more came together to help push this scene on the down low. They used inclusive, unifying campaigns like #TeamUK on social media and pushed these acts mercilessly. This meant strategically placing acts that were ready to blow on their wider audiences radars simultaneously. For example if the act had huge street buzz but was just not getting mainstream commercial support, this group would help place their music on TV and radio playlists, write features in newspapers and magazines, use the act on sports campaigns, feature the acts music on film soundtracks and more.

As predicted, the mainstream love to jump on buzz if it’s loud enough and saturating media, and within months this new underground set up was working. Suddenly names like Tinchy Stryder, Estelle, Bashy, Chipmunk and more were charting. And charting high with number ones! 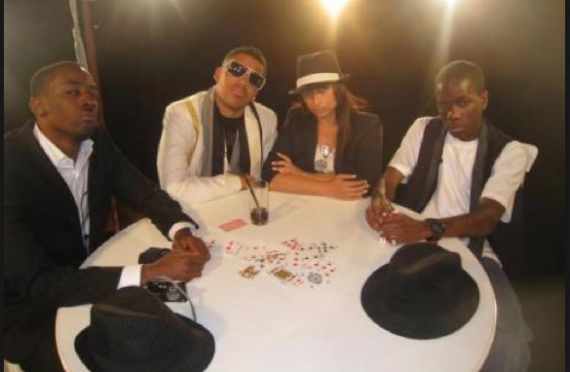 Newcomers from the next generation would arrive soon with Jamal Edwards setting up SBTV online and being held up as the ‘’positive black male poster boy’’. Pirate station favourite Rinse FM even won a legal licence in 2010. 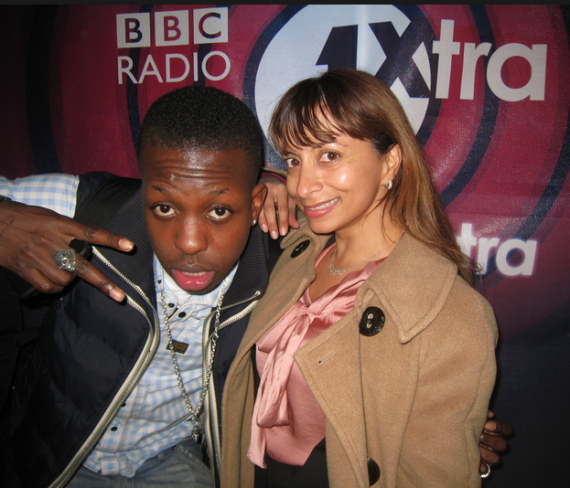 It was clear that the UK grime and hiphop genre had spread its tentacles across the UK, with the MOBO’s now being dominated by British names like Dizzee, Sway and Stormy. 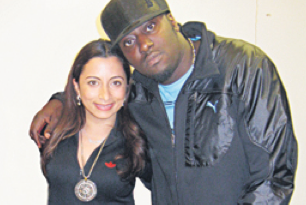 It was gaining international momentum too with names like Giggs and Wretch 32 winning the best international act at the BET awards, and names like Sniper gaining hits and fans all across Cyprus via the Ayia Napa summer circuit. 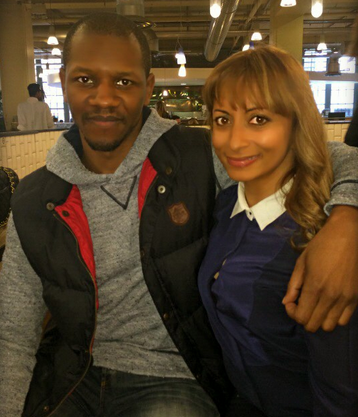 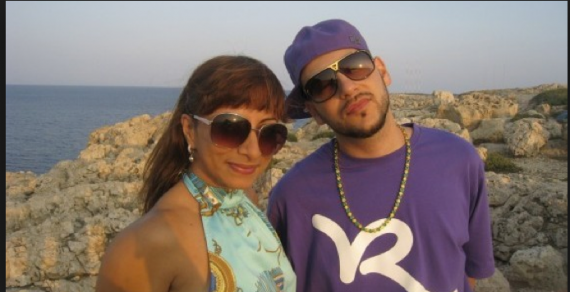 This year has had some big moments with international link ups too. Everyone had an opinion on Kanye West bringing out a stage full of grime MCs at the Brit Awards and Wireless saw Drake bring out Skepta during his headline performance, but they weren’t first.

I remember being excited as hell in 2011 when Puffy threw a party in London where he brought onstage acts like Tinchy Styder, Chipmunk, Wretch and Skepta (who stated onstage that him and P Diddy hooking up was the best thing that ever happened in grime full stop’’. LOL. (look it up on YouYube) 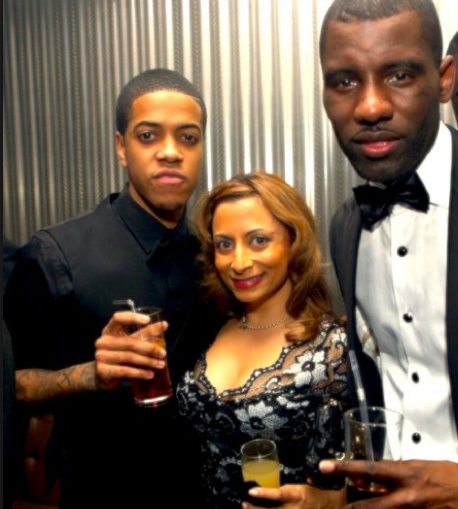 JASMINE WITH CHIPMUNK AND WRETCH.

This week, London’s Royal Albert Hall was full of grime and hip-hop fans of the current generation, who had gathered to watch the current heroes of the scene, perform their biggest hits, accompanied by Jules Buckley and his Metropole Orkest. The show was very powerful with a line-up that seemed to be the golden era of grime coming of age put together by BBC Radio 1Xtra. 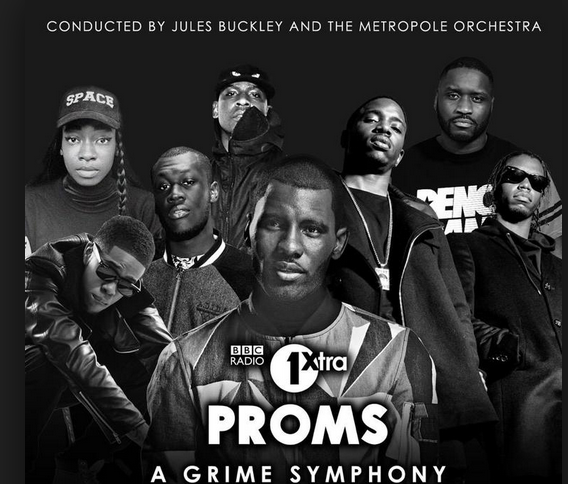 This years main man, Thornton Heath’s Stormzy, kicked off proceedings with current teen anthem ‘’where do you know me from’’. 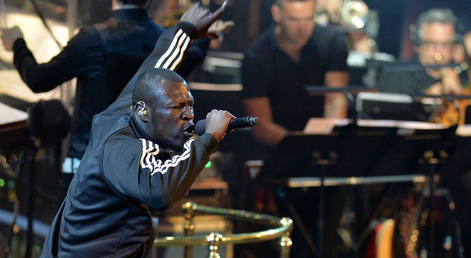 He was followed by our host for the night – Tottenham’s Wretch32 – who was rocking a Rolling Stones look to perform his hit ‘6 words’. 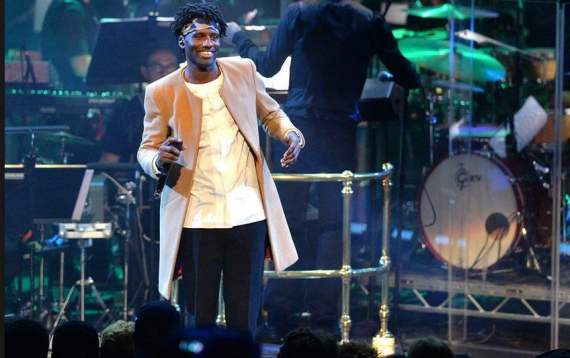 Holding the side up for the ladies was Islington’s Lil Simz rapping ‘’wings’’ and yelling the F word! Simz has been creating a big buzz for herself after last years Late At The Tate art-in-motion showcases. Another recent anthem has been Fekky’s ‘way too much’ which was next on the bill and had replaced Skepta’s appearance for resaons unknown. 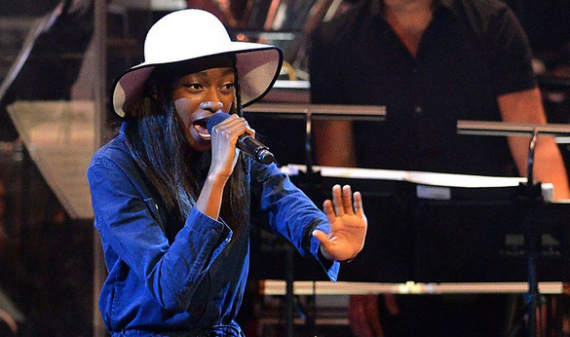 Wretch then returned for brand new track a love song titled ‘Something’, which was followed by South London’s popular duo Krept & Konan, who repped Croydon massive by killing it with their smashes ‘’Freak of the week’ and ‘Don’t waste my time’ for which the energy levels in the audience went up ten-fold. 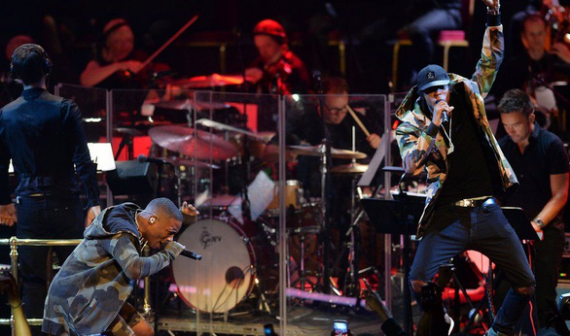 Then Wretch returned for his classic hit ‘’Don’t go’’ accompanied by nineties star Shola Ama taking over Josh Kumra’s part on the hook. 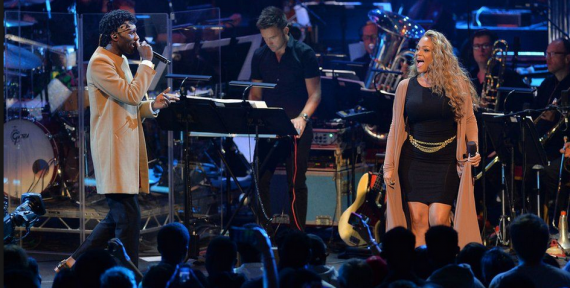 After this was one of my highlights of the night; Chip, Kano and Wretch doing a track together and looking like a rock band that performed as a trio full time. The spectacle and excitement reached a crescendo level!

Next, taking the vibe up uber levels was Lethal B, who performed his all time classic ‘Pow’ (which he made first in 2004 with great MC’s from that era, and then again in 2011 with more recent grime stars). I remember filming a Jay Z tour diary in Europe a decade ago and feeling chuffed night after night, as Jay performed his own version on stages across the continent. The #TeamUk pride was on high levels even back then! Lethal B has a plethora of hits so held the stage for some time! 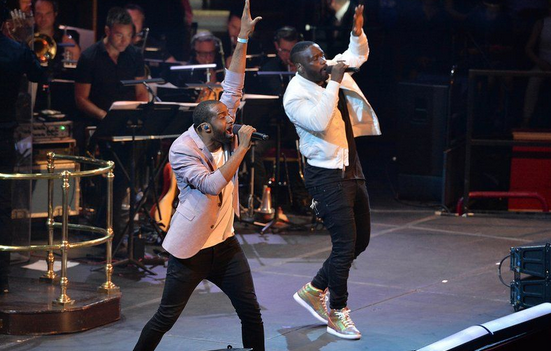 The merging of the classical orchestra and London’s finest grime talent, was a perfect union with Wretch and Chip eventually actually adorning the orchestras leader Jules Buckley with their gold chains. (The biggest accolade one musician in the hip-hop world can give another). In my opinion, after his collaborations with Goldie and others, Jules is the Jigga of the classical world. 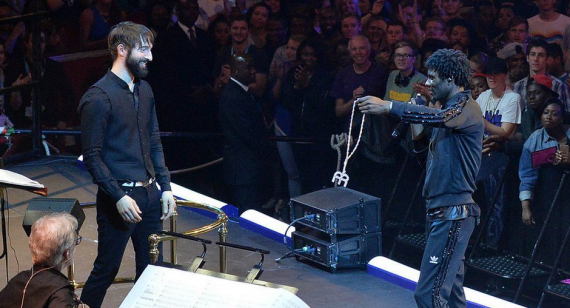 The final bow, line up of unity, was emotional for this west London lass and her mates that have seen championing the scene for over two decades. The baton was handed over a long time ago and its clearly in safe hands. 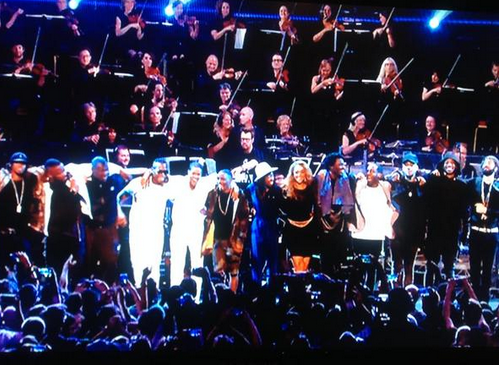 Congratulations to Austin Daboh , Mista Jam and their BBC Radio 1Xtra team for an immense vision, and bringing diverse young audiences to a heritage site that they may not have felt catered for their tastes in the past. BBC Radio 1Xtra – a brand that I think could lead in helping its sister TV brand in how to make effortless, authentic, youth programming.