MTV Shuga is a sizzling sex and relationships drama and multimedia campaign for young audiences, which aims to raise awareness of HIV and Aids globally, and this fortnight I attended the premiere of season 4 of this ground breaking TV brand. 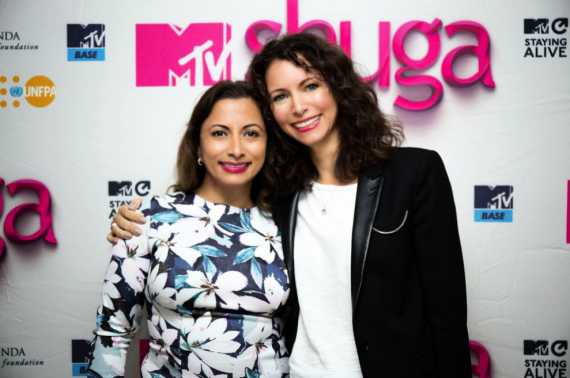 I spoke to Executive Director at MTV Staying Alive Foundation, Georgia Arnold, to ask about its impact and also why MTV has stuck with this area in helping youth across the globe instead of also embracing topics like cyber bullying and depression, which might be what more British / Western youth are affected by?

GEORGIA;MTV Shuga has fans all over the world. The key to the success of the show lies in the storylines and the relatable characters. I know the MTV Shuga team get regular messages from people in the UK and elsewhere asking when we can bring MTV Shuga to their country. The show resonates around the world.
MTV Shuga is just as relevant in Britain. The stories and the messages are about sex and relationships, and it really doesn’t matter where you live for it to be relatable to you.

But MTV doesn’t exclusively focus on HIV, we also cover other social issues. We currently have a global campaign called ‘MTV Breaks’ about getting your first break in our career; and we’re highlighting the refugee crisis on all of our channels.

Shuga started in Kenya then moved to West Africa to Nigeria- why? Does this continue to make HIV seem like an African problem when recent numbers in cities like London have risen?

GEORGIA; We moved to Nigeria because there’s a real need to target the epidemic there; 10% of adolescents living with HIV in the world, live in Nigeria and there are 3.4 million HIV+ve people living there. Nigeria is also the most populous country on the continent so there’s real potential to achieve huge impact and deliver behavior change, which is what MTV Shuga is fundamentally all about.

Why isn’t HIV awareness being talked about more in the UK?

GEORGIA; The issue of complacency around HIV in the UK (and elsewhere) is a huge issue. In fact, I think that complacency is helping to drive new infections. Young people in particular think that ‘HIV doesn’t exist anymore’ or ‘I can just take one pill and it’s cured’, and because of this attitude, it means that unsafe sex isn’t a concern for them. We need to talk about HIV much more than we do. It needs to start in the classroom, and at home, and with friends. Shows like MTV Shuga are helping to drive these conversations.

Sir Elton John this week had a meeting at his Windsor home to gather leaders across the world that can help use their business power to help LGBT rights and help end aids around the world. Music stars are now more than ever involving themselves in pro-social causes, why do you think this is?

GEORGIA; Celebrities know they have the power to positively influence people and if there’s a cause that touches their heart or they’re passionate about championing, they can really add weight to a campaign’s activities by getting involved.

In our campaign, we understand the value of celebrity culture and making sure we can interact and engage with young people in a way that will spark their interest.
Our Association with MTV also means we have access to some of the biggest music stars in the industry, which is one of the best ways to reach young people.
In the latest series of MTV Shuga, we’ve enlisted celebrities such as Ice Prince, Patoranking, MI, Jagz, Reminisce and Eva Alordiah. In previous series, we’ve worked with Wiz Kid, Banky W and Tiwa Savage, —music artists which have a wide youth following in Nigeria, and across Africa.

Is there any part of the African diaspora or groups that are NOT happy about Shuga and the education around awareness?

GEORGIA; MTV Shuga has been really well received globally; we currently have 122 broadcasters airing the fourth season including 42 African countries. We also have NGOs and youth organisations using it as a tool kit to educate young people as they love the messaging and see it as an important way to teach young people about sexual health issues. We’ve worked with the Kenyan Government and very closely with the Nigerian Government. I’ve met with parents, grandparents and religious leaders to show and discuss MTV Shuga – while we might come from different viewpoints, ultimately we all agree that MTV Shuga is needed to help drive conversations and action taken by the audience (e.g. going to get tested for HIV after watching Shuga).

How does the show actually translate into young people going to get themselves tested?

GEORGIA;This year, in partnership with the Elton John AIDS Foundation we launched “On Tour with MTV Shuga” across five states in Nigeria, with the aim of encouraging 18 to 27 year olds to get tested. We trained 160 MTV Shuga Peer Educators to work in local communities using the third season of Shuga and conducting peer education sessions and encouraging people to know their status. This work climaxed with a spectacular live music event held at UNILAG (University of Lagos) where free testing was offered to those attending. The booths were swamped from the moment doors opened to the end of the show. Through our work at the festivals and thanks to the work of the Nigerian Peer Educators we trained, over 4 months, we managed to test 47,642 young people. 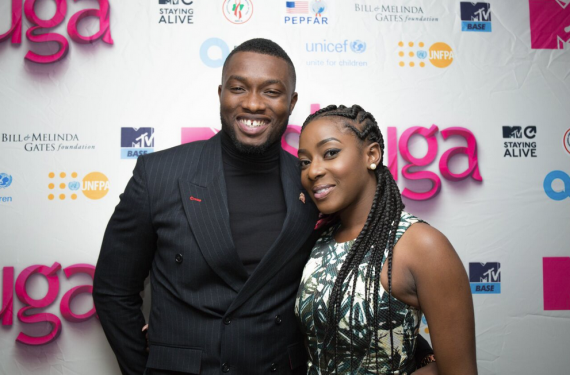 Shuga is on season 4- has it ventured into the most controversial areas that it could do or is there still a lot more to explore narratively?

GEORGIA; The scripts for MTV Shuga always begin with discussions with young people from the country in which it’s set. I believe the power of the show comes from the fact that we tell the truth about young people’s experiences.

We work very closely with our project partners including the government who give us very clear boundaries within which we are able to work and they help ensure our messaging is culturally relevant. It is a team effort and balancing act to ensure MTV Shuga is relevant but does not get banned.

A good example of this is in Shuga: Love, Sex, Money, a series based in Kenya, we worked closely with the Kenyan government on messaging and included a gay character, because we felt it couldn’t be ignored and it’s an issue that is rarely raised in African cultures. This had to be done with caution. We want to break boundaries, but at the same time, we also don’t want broadcasters throwing us off the air or parents switching channels on us. So the storyline was minor. In the future, I hope that this is a storyline we can tackle again with a main character.

The show fuses world-class storytelling and believable characters to explore themes that include sexual relationships, domestic abuse, the stigma around HIV, and accessing support services. Have the actors engaged with the scriptwriters to advise on storylines because perhaps they were wrong tones/ inaccurate etc?

GEORGIA; It’s important that every actor goes through training so they understand the messages and are confident in talking about them as actors and MTV Shuga ambassadors. We work closely with Nigerian writers, actors, and artists so MTV Shuga will be authentic and entertaining and appeal to the youth of Nigeria. During the scriptwriting process we held focus groups and met with young Nigerians to ensure they were able to tell their stories. MTV Shuga is a reflection of real young Nigerians. In addition, many of the actors over the 4 series have been tested because of their work on MTV Shuga, and with individual actors we explore each of their storylines (eg Sharon Ezeamaka, who plays HIV+ and pregnant ‘Princess’ went to a maternity clinic to talk to HIV+ pregnant women and HIV+ mothers, to understand what they’ve been through).

Shuga is credited with the discovery of actress Lupita Nyong’o in its 2009 Kenyan debut season, how has her celebrity success helped catapult the brand further, does she still help spread awareness?

GEORGIA; We’re proud to have discovered the Oscar winner Lupita Nyong’o. It’s amazing to see how MTV Shuga has catapulted her career into a household name and Hollywood star. She was very passionate about her role as Ayira in Shuga and helped raise awareness around the issues her character faced; and in season 2, she directed the first episode.

Is the idea that HIV Aids can be cured/ended realistic?

GEORGIA; Unfortunately the world is still a long way from finding either a vaccine or a cure for HIV & AIDS. However, look back over the past 15 years, and we’ve made incredible progress, particularly with access to treatment. But the next 5 years are crucial: we need to ensure that the world still talks about HIV & AIDS, that young people are given the sex education that they need to make good choices in life, that pressure is still put on Governments and drug companies to find better (and cheaper) drugs; and that the most vulnerable and the most powerless in society, who are most at risk from HIV (eg LGBTs, sex workers, IDUs) are not criminalised, but supported. If we don’t take these actions, and take them with some urgency, then we have a truly long way to go.