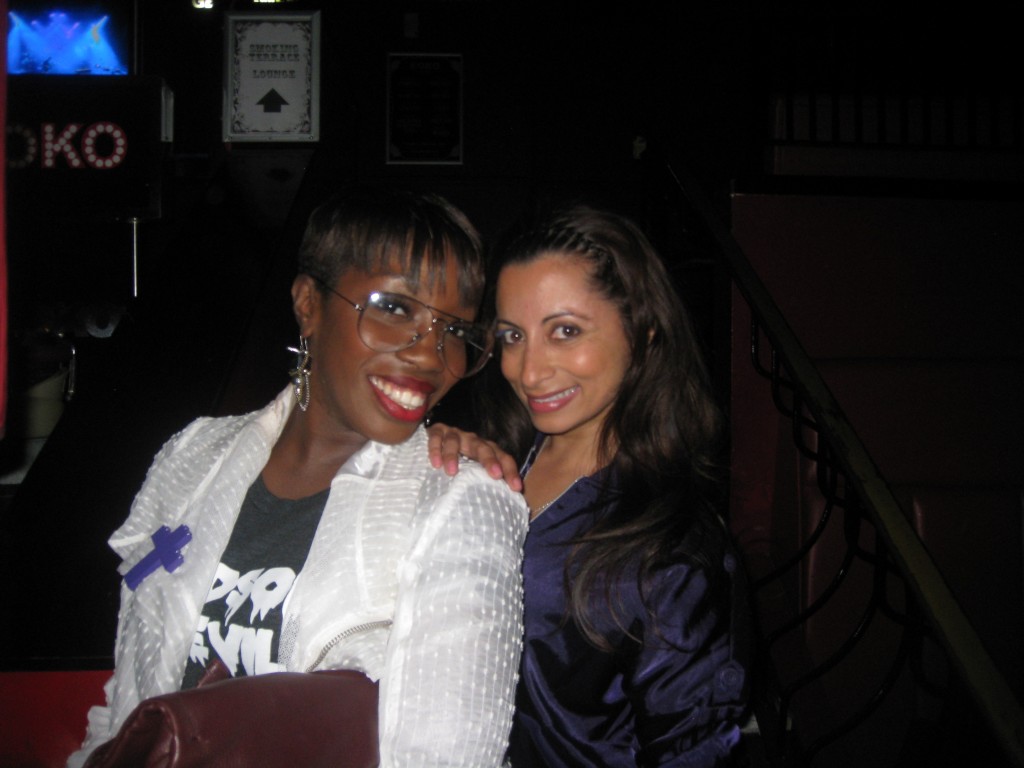 June’s finally nearly here and at last the weather has given us opportunities to pop our dresses and shorts on which frankly is a blessing as my legs were beginning to think they’d never see the light of day again and if I’m spending a few hours a week doing squats and lungs in the gym then these pins need to be on display whilst they’re still decent!

This fortnight I’ve been watching old tapes of the ground breaking, iconic, nineties youth TV show THE WORD. The reason? This September is the 20-year anniversary of the show and there will be mass TV and event celebrations to acknowledge the affect this notorious show had on youth TV culture in the past decade.
Its fascinating to watch the tapes back on the show where I was a presenter on series 5, where we had icons from Bo Derek, Prince, Patrick Swayze, Snoop Dogg, Nirvana, Salt n Pepa, Eric Cantona, Jean Claude Van Damme, Jodeci, Mary J Bilge and many , many others appearing before they blew up. The outrageous content that showed anything and everything wild in the world of celebrity was my first foray into TV presenting before my MTV presenting days and I look back on those times in awe. The live studio used to be filled with party people, street dancers wearing shell suits, burlesque furry knicker wearing performers, and all the staff that made THE WORD went on to bigger things. Zoe Ball and Jo Wiley used to be researchers on the show!. My then genius TV bosses Bob Geldof, Charlie Parsons and Waheed Ali bred a stable of future power players that are now heads of TV, radio, film, and between them all they practically control the industry. Back then millions of viewers around the uk made no plans on a Friday night because THE WORD was unmissable, car crash TV. Live music, controversial interviews (who can forget that we gave Shabba Ranks a platform to ruin his own career and humiliated Oliver Reed and MC Hammer so bad), and stunts that would never be allowed to air in today’s very politically correct world were the normal every week. A group of nobodies eager to get their 15 minutes of fame would do unthinkable things to get onto the infamous slot ‘’The Hopefuls’’ which saw them sit in baths of cow dung, eat toenail clipping sandwiches, drink pints of each others urine, snog an old granny and lick an over weight mamas armpits post workout. The interesting thing I observe whilst viewing the old shows is that no music, youth entertainment show has ever matched it. There’s definitely a huge gap for this in today’s broadcasting world but which broadcaster would ever have the balls to recreate such a monster in today’s OFCOM controlled TV world?

After a year of the men controlling the music charts the ladies are back in full force with this month seeing visits from Whitney, Rihanna, Leona Lewis, Kelis, and of course the return of my West London hombre Estelle!. Estelle continues to represent the UK internationally and battles the ‘’dark skinned stereotype within our industry’’ daily. Her forthcoming album ALL OF ME is about to take over international play lists again and the first official single called FALL IN LOVE is already being hummed by radio listeners globally.
To celebrate her return I threw a last minute dinner party in her honour at mine where a few girl friends and men popped by. The night started in the usual civilised manner with nibbles and wine and conversation. As the night continued I corrupted poor stell by encouraging her to mix up a punch from my cocktail cupboard and before you knew it all kinds of bottles were being mixed with her favourite beverage-Ribena-to make a deadly concoction that tasted sweet and easy on the palette but was messing us all up. Moments later the banter between the girls and guys went off with the men role playing men chatting up women in nightclubs and all kinds of screaming, laughing and passing out took place. Estelle’s new album playback party is this week and takes place in a very fab venue with her usual eclectic mix of art and fashion. A true artist.

Finally I ended the week by going to see 2 live shows. Firstly to see artist Bashy play the lead role of ‘Markus the Sadist ‘ again in Jonzi D’s hip hop theatre show about an artist that gets signed to a major label and sells his soul to the music industry devil-always on point Bashy is a true multi faceted artist that can only get bigger and blow up this year.

Next I was invited to the IndigO2 on Friday night to watch Muyiwa and his famed chorale, Riversongz in action. Now I had heard a bit about Muyiwa and Riversongz before, but nothing would have prepared me for the night with the UK’s number one selling gospel artist. All I can say is who needs the gym when a few hours at a Muyiwa concert has the same effect on your body! I’m still aching from all that jumping around and dancing. Even the usually reserved Rudolph Walker [Patrick from Eastenders] let all inhibitions go and danced the night away with his wife, Dounne on the front row of the sell-out show. Also in the house was award-winning comedian, Eddie Kadi (who will be headlining at the 02 in September) saxophonist YolanDa Brown who had the crowd in the palm of her hand with her performance towards the end of the night and Chief Inspector Leroy Logan – Britain’s highest ranking African Caribbean police officer – who was so “inspired” by the show that told Muyiwa that he wanted to put him in contact with his son, Gerad ‘Soundbwoy’ Logan! It’s been two years since Muyiwa took to the stage and judging by the reaction of the crowd, it’s obvious he’s been missed!