So everyone who loves hip hop culture was aware that last week Netflix released The Get Down, an slightly fictionalised, entertaining, informative look at the early years around the birth of hip hop. A look at how the first seeds were planted in the multi billion-dollar industry we know it to be today, nearly four decades later.

Hip hop grew out of a the crumbling ghettos of a then bankrupt New York, at a time when the American economy was taking a battering due to shock oil prices, at a time also when the disco and funk music era was starting to feel stale. Young black and Latino men were looking for something fresh, and they found it.

On the eve of the Get Down’s release, we spoke to some UK hip hop royalty that were around in those early days, living and breathing the London scene, to ask what hip hop culture means to them. 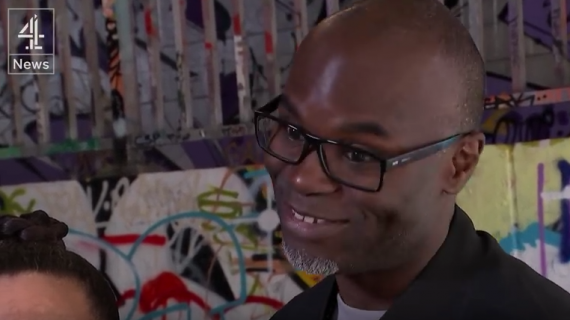 DJ Billy Biznizz began by defining ‘the get down’ for the young ones. ‘‘The get down is the part of the record that is the most funkiest, and as a DJ you try to keep the get down continuous so it sounds like a loop. You play it from one turntable to the next turntable and the b-boys just all get down!’’ 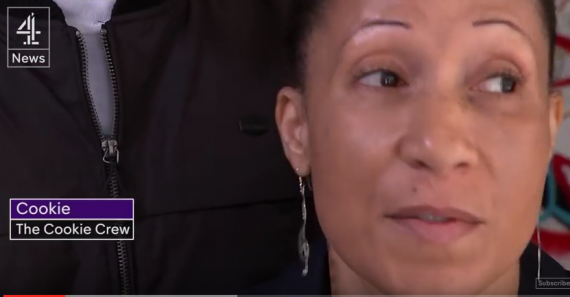 Cookie – a female rapper from the eighties hip hop collective Cookie Crew (now a Senior Manager at globally renowned The Orchard music company), stated ‘’hip hop is our religion, its an energy, its our movement, and its something that just keeps me going! For most of us from that era, its something we lived and breathed, to this day we live and breath it cos its been a foundation for the careers we have all gone on to have now. ’’

Billy ‘’a lot of people forget that we were so young in those days, most of us only 14, 15, 16, and hip hop culture taught us how to live our lives in a good and respectful manner, things like the b boy battles were so you didn’t have to go out and fight someone, you can just have a dance-off and the winner is the winner and still be cool afterwards. You didn’t have to be violent towards others, it taught us how to be respectful towards others and learning about your culture, your heritage and where you came from. Those things were really important and as youngsters hip hop culture taught us all those things’’.

MC Rodney P , who started out in the eighties as a member of the renowned London Posse, and still continues a successful career as a solo star today, explained how the British youth first became aware of the culture ‘’it was when Malcolm McLaren’s video ‘buffalo girls’ came out. Once we saw that we had more of an understanding of what it looked like, what graffiti looked like, how the people dressed, how they danced, and that’s when it really grabbed a hold here’’

Rodney continued ‘’there were places like Covent Garden where we all used to be where the real energy for London’s scene was. Covent Garden was almost like Switzerland, like neutral territory and our mecca, everyone gathered there from all over London to celebrate this new culture’’.

Most hip hop heads from those days also cite recalling the moment, when a young Jeffrey Daniels from the band Shalimar, performed by himself as his fellow band mates didn’t turn up to be, on British music show Top of the Pops(name checked years later by Jay Z ‘’ Came from the bottom the bottom, to the “Top of the Pops“). That inspired many young British kids, as well as, it seems, young Americans back then like Michael Jackson.

However Rodney wasn’t happy about the path the culture took in future years. ‘‘Obviously today a lot of hip hop culture has been dragged apart, so the culture’s not represented in the same way as ‘rap music’. You know rap music is known as hip hop, but hip hop is a culture’’.

Billy feels positive about the reforming of the cornerstones of hip hop though. ‘’I think people are trying to bring the elements back as they’ve seen that the fragmentation, doesn’t allow hip hop to live the way its supposed to be so they’re trying to de-fragment it and bring everything back together’’.

Rodney P broke it down ‘’I think what happened with hip hop is that, as the audience changed, the music changed, so when hip hop was still young and it was mostly young, black and Hispanic inner city kids listening to the music, the artists were making music geared towards that audience, and it was much more positive and much more uplifting. But as the audiences changed and it became more about young white kids from the suburbs, who became the dominant buying audience for hip hop music, suddenly the artists are making music geared towards them, so its less positive and more about the ‘so called negative aspects of black culture’. Black culture is 360 degrees, not just one thing, and that’s the problem I have with hip hop. We see such a narrow view of the black experience and it IS the black experience even though everyone is involved in hip hop- it still represents a black experience. So with the changing audience it all changed, as the audience became more cooperate, the corporations were prepared to sell change and that for me is a problem cos it disrespects the culture’’.

Of course, aside from rapping and DJ’ing, which are much more prominent globally, other elements of the culture include break dancing and graffiti, foundation basics which UK graffiti legend Artful Dodger and one time break-dancer (now Artistic Director of Breakin Convention), Jonzi D feel that new younger artists have left behind.

Artful Dodger spells it out ‘’the main separation came when rap music- as it became known to a lot of people- started to make money, that’s when the real separation came. B boying got relegated, as you can’t easily package that. With rap, you can make a record and promote the artist, so you have a commodity. You have a piece of merchandise, which can sell. So when the big money came into it, that’s when the change happened. And one thing I’ve always said when it comes to different aspects of hip hop is its not so much where its going, but who’s going to take it there. And if the younger generation are going to be the next generation to be the guardians and overseers of it then they have to be informed’’.

Jonzi D remembers how he fell in love with break dancing. ‘‘It was on a show on BBC2 called Arena in the eighties. All I saw was people moving rapidly on the floor and at school the next day, that’s all anyone could talk about as we tried to do it and the great thing is its now bigger than its ever been, people are literally breaking boundaries with their bodies!’’

With all the Get Down promo, one of its exec producers, the legend that is Grandmaster Flash, complained that the younger generation are happy to eat from the hip hop cake, but aren’t aware of the ingredients that it took to make it. Rodney P agreed saying ‘’I don’t think the younger generation will get it the same as us, we lived it!’’

We put this to young UK hip hop outfit The Age of L.U.N.A who last year supported Public Enemy live on tour in the UK , and told us ‘’its true that everyone now is eating from the hip hop cake cos it changed culture as we know it now, but I don’t think that people entirely care, but its important to research and see where what you are doing came from. I think our generation are picking up the nostalgic feeling of all four elements again. Dancing and graffiti too. Kool Herc was the guy that took the bridge section from James Brown, and played it on two turntables. Then one day he thought of spitting lyrics over the break beat ‘’come on everyone lets get down’ type of stuff, and then the rapping part was created too’’.

Whilst L.U.N.A seem to know more about the history than expected, and live for acts like Outkast, Lauryn Hill and Jay Z, they agree that hip hop culture can still be seen by many as a negative thing. ‘‘People may see it as a negative art form, but it’s a misconception because rap music has always been a representation of what was going on in life and society, and there’s harsh things that go on in the world but rap was one of the first types of music that was talking about these harsh times . But its important that we hear these words from people that we can relate to. I can relate to Biggie, I can relate to TuPac cos they came from a place that we can understand, a place of struggle, but with our music, we just wanna make people dance again’’.

The Get Down has faced some controversy though. Some are questioning whether director Baz Luhrmann has sufficient hip hop credentials but the UK key influencers seemed to love it citing things like ‘’ He has clearly done his research; it looked on point to me. There are some really nice small authentic hip hop references from the early days there. The acting, scenes and narrative looked great’’.

Jonzi D informed us ‘’I know a guy called Willie from the Bronx who worked on this with Baz, and he revealed that Baz let everyone else tell and write their own authentic story. Baz just simply put his style of directing to it’’.

Artful Dodger closed with ‘’Basically if something needs to spread, germinate and grow, then you’ve got to appreciate the facilities that are getting it out there. As long as it’s done with creativity, passion and integrity, as I have heard this has been done, then I’m all for it!’’ 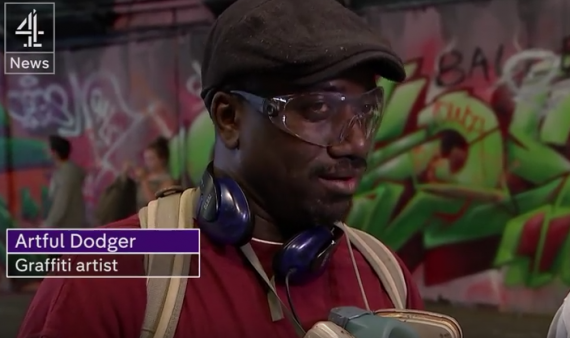