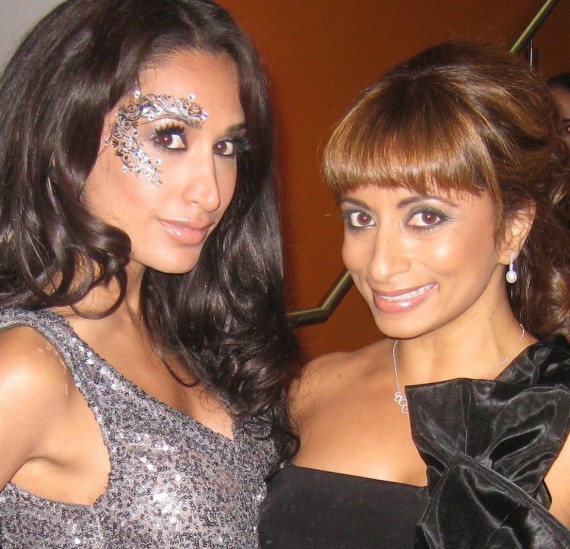 JASMINE WITH PREEYA (WHOSE NEW TRACK HAS A COUPLE OF BANGERS THAT COULD BE MY THEME TUNE LOL!)

A busy fortnight with the recruitment of the brand new London360 team starting at Media Trust! We’re on series 5 and raring to go!. Previous reporters from our past 4 series have gone on to work at ITV News, MTV, Sky, BBC, Livity, Shine, Radio 1,MOBO and more! This series the reporters are stronger than ever and about to hit the big time! Want to know more? Stay tuned!
This week, London town as ever had celebs from Rick Ross to Britney Spears to Jay Z passing through, and film and video sets were chock a block full of talent. We attended set visits for actor/director Noel Clarke’s latest film and actress/musician Preeya Kalidas new music video, where a group of her flyest girl friends were in attendance to join her onscreen. I also trotted down to Hammersmith Apollo to watch Russell Brands show ‘’MESSIAH COMPLEX’’- it was absolutely brilliant. He is a different level of comic genius! 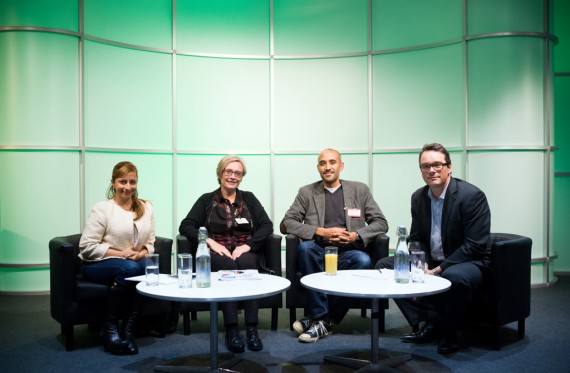 THOMSON REUTERS
Next I was a part of a panel at Thomson Reuters in Canary Wharf. The debate was a PANEL DISCUSSION titled DIVERSITY IN THE MEDIA INDUSTRY. WHAT HAPPENED? Our esteemed Panel Chair was Reuters news anchor Axel Threlfall. My fellow panel members were Marcus Ryder, Executive Producer, at the BBC and Jo Welch from Creative SkillSet. A recent Skillset Employment census reported that over 2000 Black, Asian and Minority Ethnic (BAME) employees have left creative industries (television, radio, animation, facilities, interactive media, computer games, VFX, corporate production and film) between 2009 and 2012, a decrease of 1.3%, against the backdrop of an increase in industry employment of 2%. Even more surprising and disappointing, considering 18% of media students are from BAME backgrounds. The turn out at the event was very heartening with an impressive group of young people keen to get into the industry with great ideas, minds and networks that are so unified and strong they will change the media staffing landscape within years. 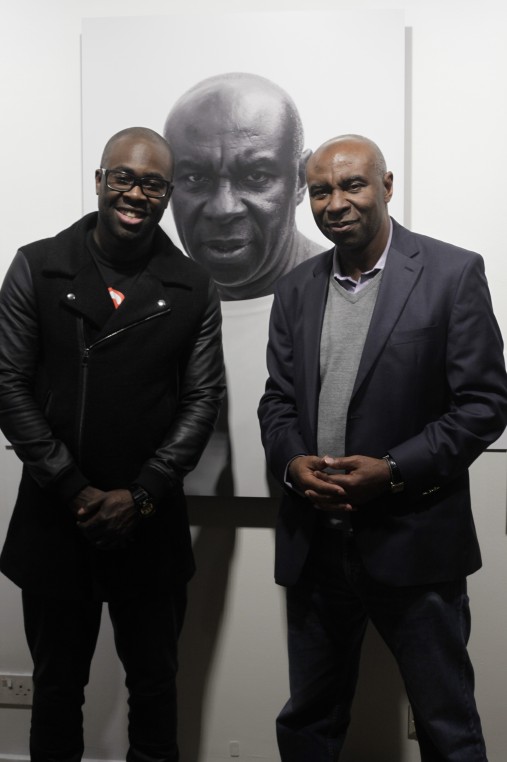 BRITISH BLACK PANTHER EXHIBITION
One of the highlights of my week was attending the British Black Panther exhibition: Famous in the US, what many people don’t know is that London had branches too. For black history month an exhibition in Brixton pays tribute to their legacy. Fifty years ago America was changing – the civil rights movement was forcing the country to rethink its attitudes on race. At the forefront of this was the Black Panthers – a group of political activists- who knew? 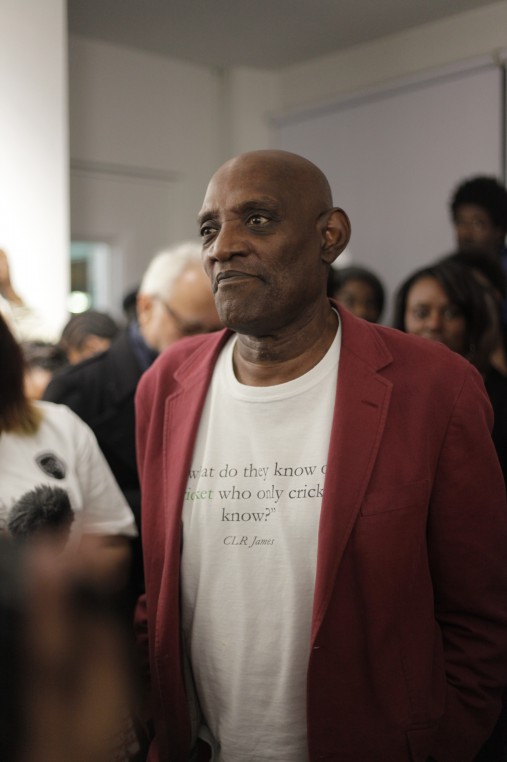 The exhibition at Photofusion Gallery, Brixton shone a light on the legacy of the British Black Panthers and Black Power Movement during Black History Month and runs from 16-26 October featuring works by Organised Youth – a group of local young people 13-25 inspired by the youthful activism of the British Panthers. 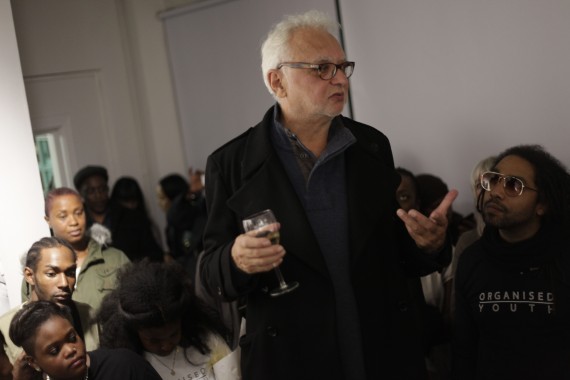 After gaining access to the Brixton based Panthers, Organised Youth photographed each Panther member inside their home and recorded a series of oral history interviews, they have produced a documentary film and a limited edition book about the project called The British Black Panthers and Black Power Movement. 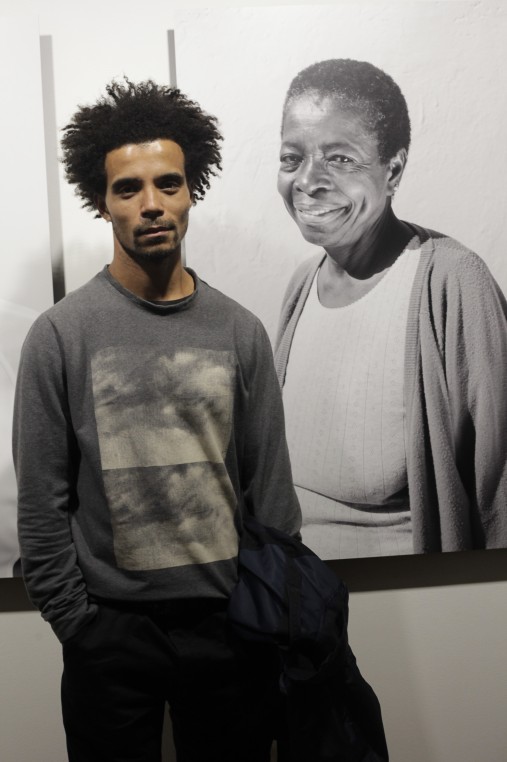 A private view for the exhibition was attended by former British Black Panther and members of the British Black Power movement as well as acclaimed hip hop artist Akala, Capital Xtra radio presenter Kojo, Comedy outfit Mandem on the Wall, photographer Charlie Phillips as well as Sky Drama Commissioners who are working on a new series depicting the life and times of the British movement. On exhibit were a documentary film, a living room instillation, interpretation protest banners, limited edition exhibition books and a great turn out of black panthers and youth. Do check it out if you can. 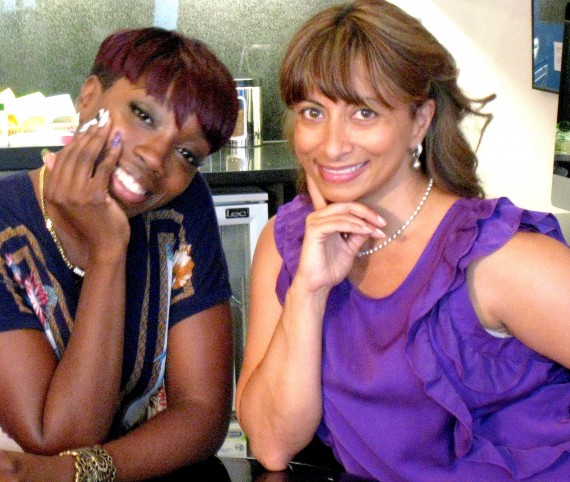 ESTELLE NEW CARTOON CHARACTER
Finally look out for our very own west London songstress Estelle who is the voice of a brand new cartoon character!
Steven Universe is about the misadventures of a boy named Steven, the ultimate “little brother” to a team of magical guardians of humanity-the Crystal Gems. Steven (voiced by Zach Callison) is an energetic, lovable, half-Gem of a boy who is still trying to figure out his powers to become the true hero he is destined to be. With one foot in the human world and another in a magic world, sometimes his mortal quirks disrupt Gem missions and Gem magic can crash into his everyday life. But no matter what happens in a day, Steven has a smile on his face, a ukulele in his hand and a joke to crack!
The Crystal Gems, the self-appointed guardians of the universe, are as much a family as they are a team. Garnet (voiced by R&B singer-songwriter Estelle) is the mysterious and powerful leader of the group. Featured voices also include: Sinbad, along with special guest star Nicki Minaj.
Estelle told me ”i use my usual, regular English accent for my character.(Its always interesting hearing people change their regular voice to character voice at the drop of a dime. ) I based the look of my character on my video for Freak”. Revealing her plans for her new music she stated ”my New EP-the third and final installation of love and happiness “how stella got her groove back” is coming soon and my Album is coming 1st quarter next year. I’m workin on it as I type! LOL!”.
I quite fancy being a cartoon charcter- then i would stop buying up everything in the Disney store that features Aladins Princess Jasmine!