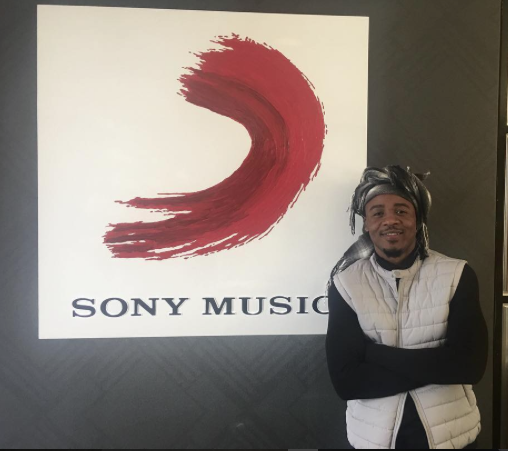 There was much excitement in African and European afrobeats music circles last year, by their first major signing to the major label who was West African act Davido, from Nigeria.

This is a big story in the afrobeats genre expanding internationally story and was announced today from the Sony Music Entertainment African Headquarters in South Africa. Several of the major pan African media attended to capture the announcement including the major Pan African Broadcasters —MTV, SoundCity, Trace TV, Channel O, EATV, Clouds, etc.

Alikiba flew in from Tanzania to South Africa and was followed by a dedicated film crew who are documenting his story as frenzied fans and reporters captured the moment.

Alikiba talked to a very exclusive intimate audience through his beginnings, his life, his inspirations as an artist, his successes, and introduced a video about the ‘Making of and Behind the Scenes’ of his new single and music video, building up to a personal listening session of his latest single ‘AJE’ and the new music video that premiered on MTV.

Alikiba is a superstar across East Africa and vast parts of the African continent as ‘The King of Bongo Flava’ and his hashtag #KingKiba is a weekly trend across various African countries and has been for the past few years without any signs of slowing down. Alikiba is the only artist in East Africa that has maintained a top 10 media trend profile over the past 2 years and he has a vast army of extremely passionate and loyal fans base ranging from every day people to the Ministers and Presidents of countries. 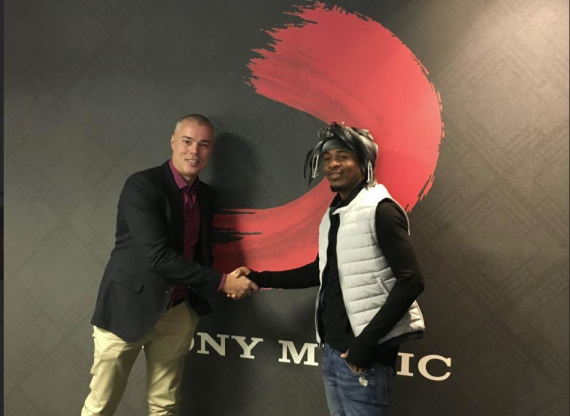 Sean Watson, Managing Director of Sony Music Entertainment Africa says of the development: “Sony Music Entertainment recently announced several key strategic steps that we’d taken in Africa including new operations in Nigeria and the signing of high profile West African artists. We also mentioned that we’d be making similar inroads in East Africa. Well here we are, at the dawn of our East African journey and who better to start it with than an artist of the stature of Alikiba. We’re very proud of being able to partner with such a talented individual and can’t wait to get started on sharing his music with his fans all over the world.”

“My partnership with Sony Music in addition to my already very successful partnership with my management team at ROCKSTAR4000 now completes the team, and solidifies the most powerful proposition and team to take my music to even greater heights, to new audiences and fans across borders and across the world. I’m really excited in the future of music from the African continent as its now the time for the amazing music and sounds from Africa to take over the world, and I’m excited on where this amazing partnership will be able to take my music now to fans across the continent and across the planet. ” Alikiba commented.

Paul Thackwray, Marketing Director for Sony Music Entertainment Africa added, “Amplifying Alikiba’s already significant digital footprint, extending the reputation and impact of this great East African artist career via his music content across the continent and into the world, is a truly exciting opportunity for us”.

“We are very passionate and close to Alikiba and his amazing talent, we are very excited about his future and there is no stopping his chart success, his music, his commitment and passion and without doubt no better partner that mirrors these values and objectives than the amazing team at Sony Music” added Christine ‘Seven’ Mosha, Head of Talent and Music at ROCKSTAR4000.

His first single, “AJE”, will be released through Sony Music Entertainment Africa.

Afrobeats and African music acts are being A Listed on radio playlists all across the UK and the genre is seeing huge growth with British DJ’s like Abrantee and Neptizzle who are championing the music genre via afrobeats karaoke’s , afrobeats concerts and more.