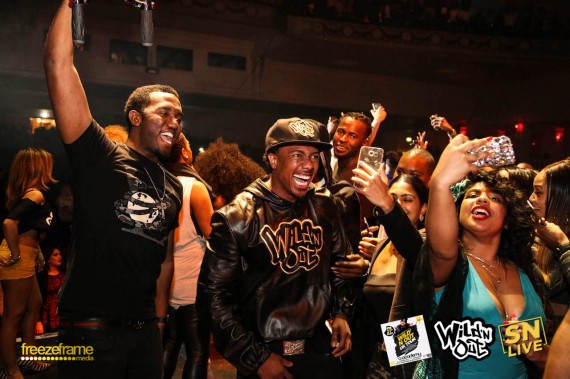 Last week American rapper, actor, comedian, entrepreneur, record producer, radio and television personality Nick Cannon came to London for the weekend and true to form, didn’t spend a minute of it sleeping. Across a three-day period he performed to a packed out O2 Brixton Academy where he recorded a UK version of his infamous Wild N Out show, made appearances at two nightclubs and threw an all day rooftop pool party. 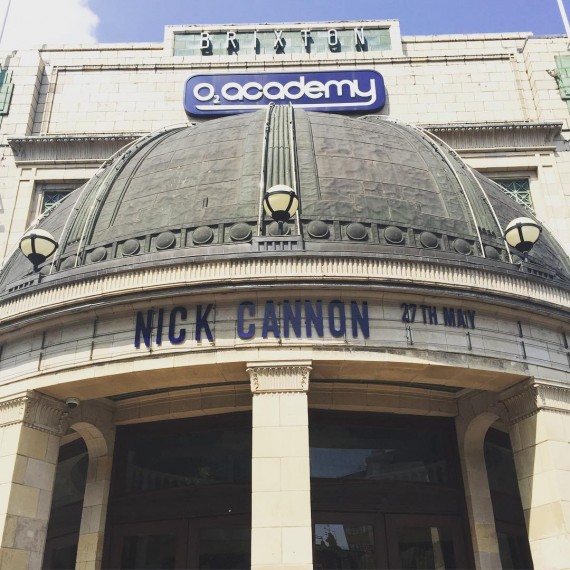 Nick was child prodigy who excelled in acting as well as music and played the lead role in movies like Drumline, and in 2005 created, produced, and hosted the MTV improvisation comedy series WILD’N Out, which not only airs in the USA but in numerous countries globally including the UK.

In the UK, Wild’N Out inspired a whole raft of its own comedy talent and brands including Kojo’s Comedy Fun House, Harvey’s Young Gods Of Comedy and more. Nicks own production company – NCredible – produces his Wild ‘N Out show for MTV2 in the states – and sit up and pay attention… this is a big deal. We always talk about ownership; well this is what it looks like. 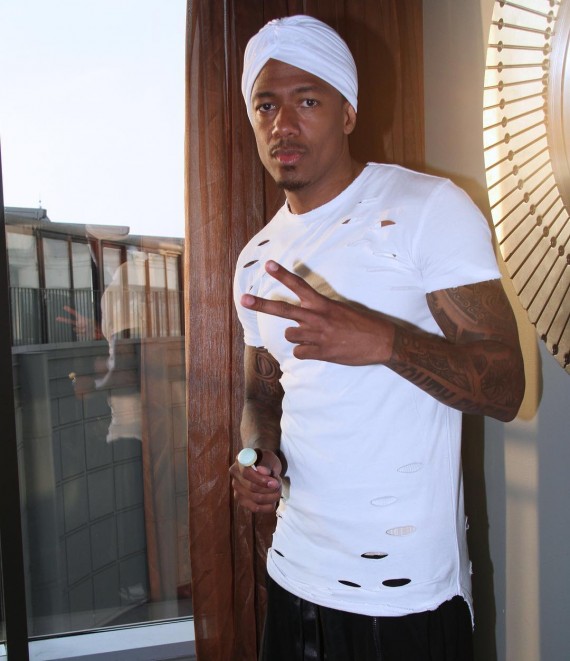 Alongside his own comedy series Nick has hosted around seven seasons of Americas Got Talent alongside his peers like Simon Cowell, Heidi Klum, Mel B and more proving that American households love him too.

As well as all this on-screen creative arts skill, his talent as a businessman mustn’t be overlooked. For a young black man to be simultaneously connected to and respected by the streets, as well as being engaged and embraced by TV and film industry bosses is a rare thing. Nick is the chairman of TeenNick for Nickelodeon too, which …YEP, YOU GUESSED IT..is a big deal. 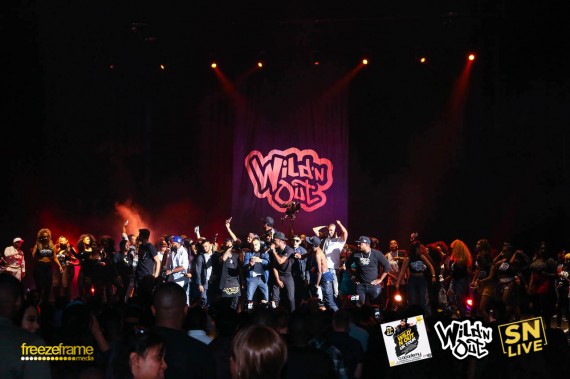 Proving the hip hop generation are in demand and his personal genus is sought after by mainstream money, the Radioshack brand named Nick ‘’Chief Creative Officer’’ in hopes of catering to a younger audience.

At one point in time, Nick was juggling hosting TV shows, a regular daily radio show and all this business. A big deal. He eventually stepped down from his radio show due to lupus health issues, but it hasn’t stopped him continuing to support numerous charitable causes.

For this London trip Nick brought a full squad of talent to the capital, to record a show from here, for his Wild ‘N Out series. UK comic White Yardie opened the show which consisted mostly of his comics each taking a 10-15 minute stand up slot each and then the performance ended with a couple of regular games from the main show.

One of these was the ‘Family reunion game’, where comics scan the audience and bring up celebrity lookalikes from the audience onstage. This was hilarious and in London they found T Pain, Akon and a poor girl who had her weave ripped off her head to the crowds hysteria! (A thing that I hate with my Girl Power gene freaking out, but hey, that’s for another article). 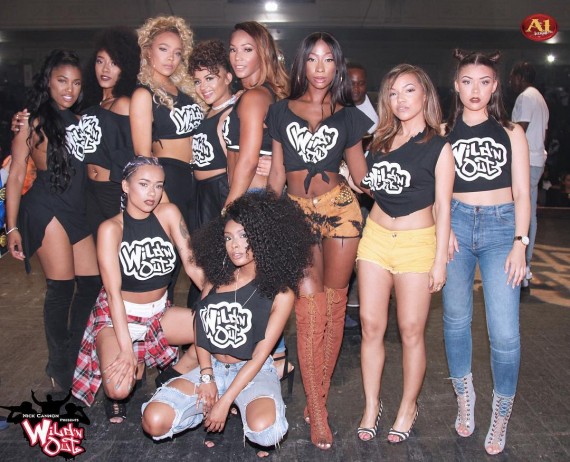 BBC Radio’s Dj Ace provided the musical set for the full show in between acts, including a spot where there was a ‘UK Wild ‘N Out Girls search’ where around 15 hot, young fillies were paraded onstage, with Nick teasing ‘’I’m going to take one back to the States with me’’. The NCredible team played their latest song – ‘Snapchat (GettinFreaky) – which went down well with the hyper audience. 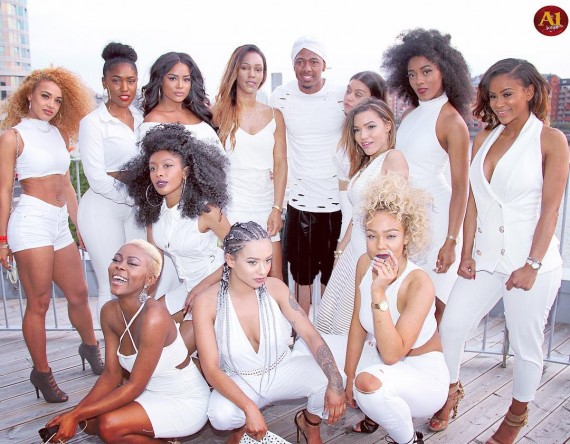 Nick with the UK Wild ‘N Out girls at his Sunday rooftop pool party.

At the end of the show the general consensus from the audience was a great night had been had by all, and whilst they knew and expected Nick to be a very efficient host, it was as a stand-up comic himself that he really surprised and excelled.

Remember we mentioned eatlier how much of a great multi tasker he is? As he left British shores he posted his #LondonNights poem that he had managed to shoot whilst in town. And to our delight it showed him addressing the issue of racist nightclubs in London, (specifically DSTRKT!).

Carry on speaking Nick. We appreciate you.

As I wander through each chartered street
I’m not from around these Ends
But we strut through the alleyways like real top bosses
Holding our bollocks
Searching for gully live
Yo, Cheerio! Where my niggas at?
Ride or Die!
We arrive. Trafalgar Square lights.
I swear this motherfucking city is fly.
I first met her in 2005.
It was Piccadilly Circus, green eyes, ass so fat, curves had a nigga nervous
Perfect etiquette,refine like a horse and carriage.
She was a little hip hop but a whole lot of garridge
She was fucking with my trainers, Red Doernbechers
I rocked them joints with skinny jeans but she called them knickers or trousers
Either way I was trying to get her out of hers.
I heard the West End was a hotbed for mayhem
But I ain’t give a damn
I’m trying to see what that fanny like
My girls from Brixton was throwing so many drawers I thought it was a panty strike
Dotiwala told me I should leave them alone
She know my ex
And she know how I like’em
Baited and Beautiful
Nothing but the best
Model chicks smelling like cigarettes
Ready for sex
But the mash man run up in the spot
So we hopped up on The Tube trying not to get shot
Dipped to a low key rooftop somewhere off Oxford Street
Where I met a red bone joint with 110s on her feet.
But the Council was tripping like this was the Dstrkt
Yo, I’m wearing too many colors to be bothered with racism
So I slipped them some bees and honey
Grully hand to let me and my mans them in
And the bouncers still flexin’ on the Bruvs
With them dumb ass door policies
Shit was mad rubbish
Fuck this!
Niggas stay getting fucked with
Trojan Magnums
Stuck outside even on this side of the planet
But we gone sneak in on the horse
In the distance I hear how the youthful harlots curse
Screaming “Come test me”
Might get sliced up tonight
What would Lonesome do?
Damn I miss my Pops
This shit is getting on top
The rude boy in the ski mask just got tackled by the cops
As they grab his knife, he just spit in they face
Bloody wicked
You don’t gotta believe my tale
I ain’t gotta lie to kick it
I’m sticking to my story
The new pimpin’ Charles Dickens with an Oliver Twist
The Tale of Two Cities
Getting that pick wit paper
Hot chicks
Massive music
Rampaging fights
I can’t wait to go back and feel them London Nights