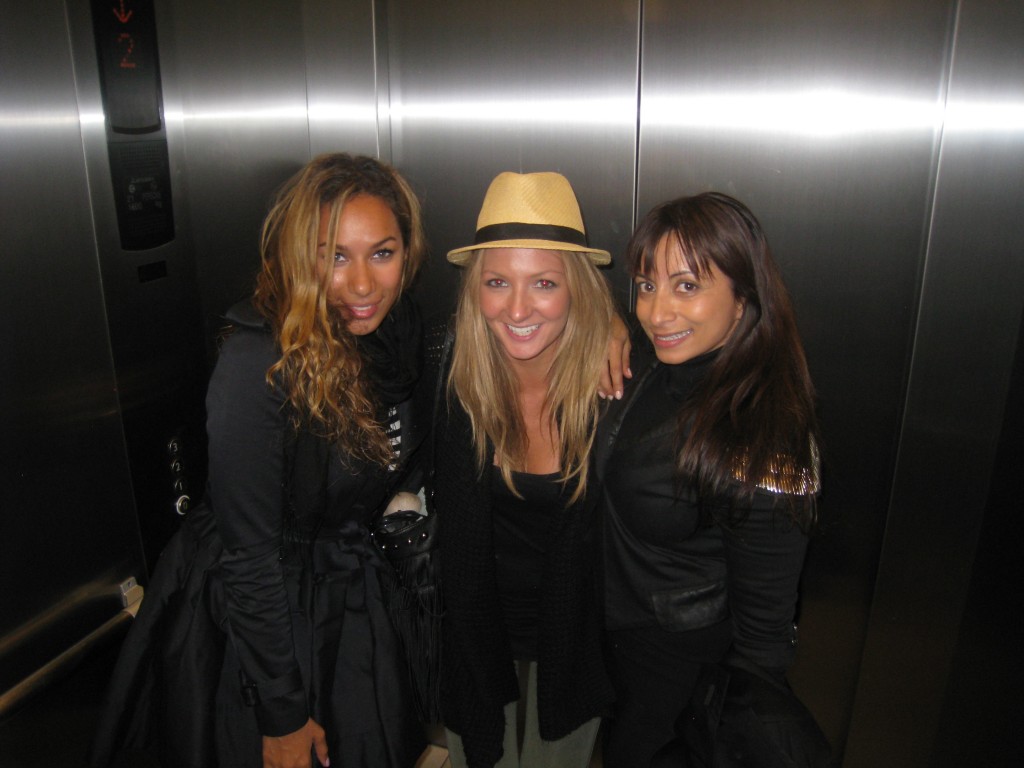 For so long its been about the fellas but this year the ladies are back with a vengeance. Leona Lewis manager, my mate Nicola called and asked if I’d like to join them in their ‘’Laurie Milne’’ jeweller extraordinaire VIP Box at the 02 Arena for Rihannas recent ‘’Last girl on earth’’ tour show. Well VIP and Box are my 2 of my fave words and to share it with lovely Leona of course I accepted. Leona had a bad throat the day of the show so I tried not to waffle on to her too much during the show as I usually tend to. Riri came on late. She probably wanted to distance herself from support act Pixie Lotts cos Pixie was good-too good for a warm up. When Riri finally made it onstage she brought attitude, bolshiness and visuals to entertain. Her vocals are very nasal and not the easiest on the ear but her catchy song writers and stunning outfits and set designs more than distract you from that. Also-when at a gig I try to go with realistic expectation. In the same way that going to see Whitney was more about experiencing a real moment with a legend, Riri is clearly not going to bring Mary vocals. She didn’t disappoint though. From riding astride a hot pink army tank, to dancing on a Cadillac car, to gliding across the stage on travellators and revolving dance floors there were pink leotards, black rubber S&M outfits and more visually tantalising feasts that highlighted her glamazon figure to its fullest. Even her final web catsuit that looked like it came from Dalston Market was carried off like a couture classic!. Only thing is if she’s going to wear 6 inch platforms she’s gotta practise walking in them more as she took a tumble-not the first of the tour-and certainly wont be the last. . As well as her own hits-which by now there really are plenty of (thanks to her A&R man the legendary RocNation genius, Jay Brown), -she threw in a few covers including an Oasis classic.During ‘’hate how much I love you’’ she had the crowd eating out of her hand, if only she could get more personality into her set –it was over an hour before she even said ‘’Hello London’’ and even then, that was it-it was clear she lacked confidence to relax. A lot of cash was spent on this tour with all the various sets, trapeze artists, dancers, and full band as well as an abundance of props and all I could think was ‘’bravo girl!’’, where’s the ‘’Princess of the Roc-Tierra Marie now?’’.

This very month Leona Lewis herself takes the 02 Arena in as a part of her tour which goes across the country and I cant wait to see her with her full stage show. She watched Rihanna very closely when we were at her gig but didn’t seem blown away. I know Leona will shine in that understated, purely vocal talent she has. She needs nothing else. Her brother Bradley used to be one of my editors at MTV and used to talk about his ‘’younger sister who sings’’ all the time years ago-who would’ve ever imagined that she would be an international superstar years later?.

My West London sistren Estelle was in town very briefly on low key business and whilst here she took me shopping to Selfridges, browns and Harvey Nics. She caused a stampede in Selfridges as fans recognised her and wanted photos and like a true star she obliged. I’ve noticed during my years working with the stars that the bigger and more successful they are the more they respect their fans. Its always the asses that disrespect the very people that put money in their pockets with their ‘’sorry no photos’’ crap. Estelle’s always gracious to her fans. As well as that we went down to the now regular Wednesday night at Camden’s Koko Club where Channel 4 record their great music show ‘’Pop’’. Estelle was eager to catch it as our mate’s Tinie Tempah and Mr Hudson were performing that night. Tinie Tempah was so good it was fascinating to observe. He is amazing live and had an energy that’s going to smash the summer festivals this year.

Speaking of West London, video director to the urban music world stars Luke Biggins and hip hops version of photographer Rankin- Mr Paul H, have set up an amazing new huger than huge, slicker than slick studio in West London where we have been frequenting often this month as so many new artists and old have made it their new home. Called Jacuzzi Studios it really is a central hub of London’s hip-hop elite right about now. They’re looking for eager, young, talented people to join their style, make up, film crew so holla at them on twitter if you think you’d like to be part of a growing, about to explode movement- hip hops version of the Andy Warhol.

GOSS; Which young new British musician was just about to sign on the dotted line to a major record label deal this week when Mr Simon Cowell called up and offered them a rival offer instead?