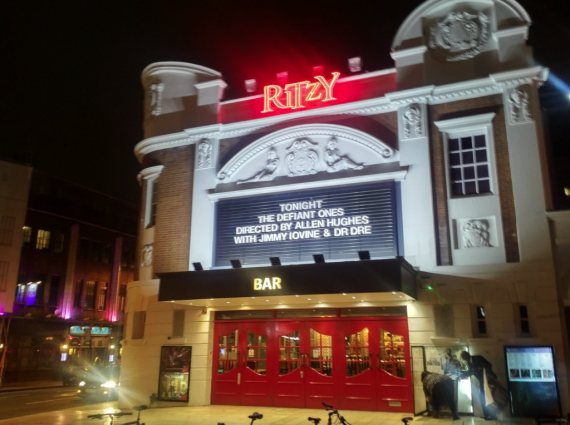 DR DRE, HIS WIFE NICOLE, HIS DAUGHTER TRULY, JIMMY IOVINE, HIS PARTNER LIBERTY AND MORE ATTENDED THE NETFLIX PREMIERE FOR THE DEFIANT ONES AT BRIXTON RITZY. 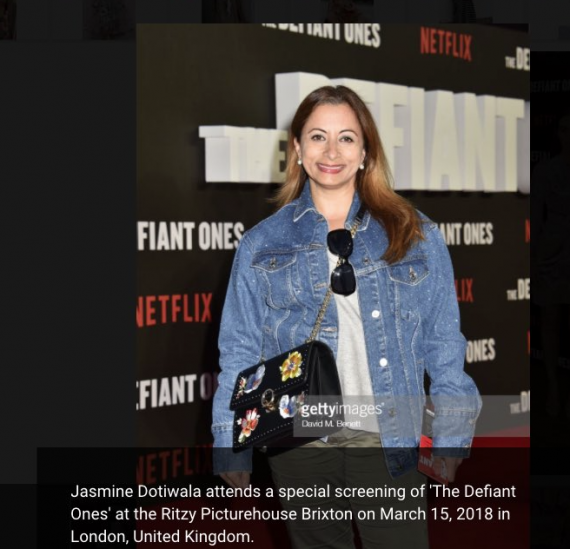 JASMINE AT THE BRIXTON RITZY. 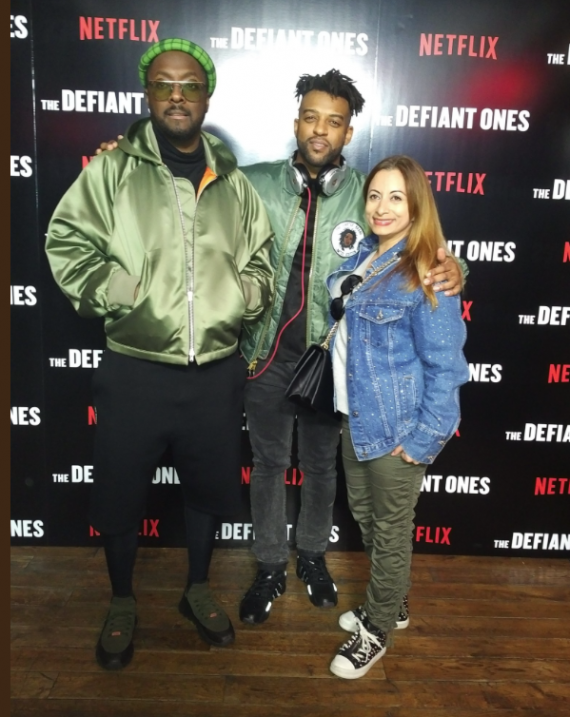 WILL I AM (BEP), ORITSE (FORMALLY JLS) AND JASMINE AT THE DEFIANT ONES PREMIERE AT BRIXTON RITZY.

I first met Dre Dre in Beverley Hills when he invited me and MTV into his studio. The golden lab of beats. The place where the magic happens. He talked through his musical journey thus far and revealed much of his inside workings at his west coast base. 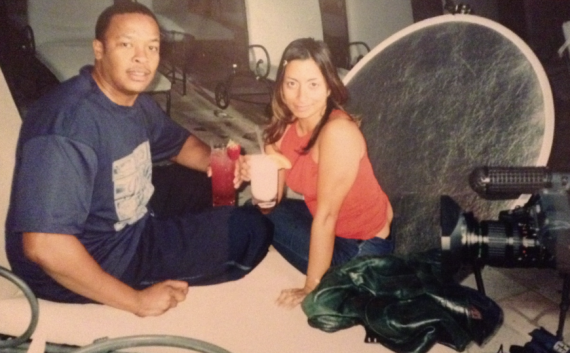 JASMINE AND DR DRE IN BEVERLEY HILLS IN THE EARLY 2000’S.

However It was around 15 years ago that I last saw Dr Dre in London, specifically Brixton.
He was introducing us to his new artist Eminem and a small group of specially invited media peeps were invited to a boxing gym in the heart of Brixton where both Dre and Em were in the ring doing a brief Q&A. 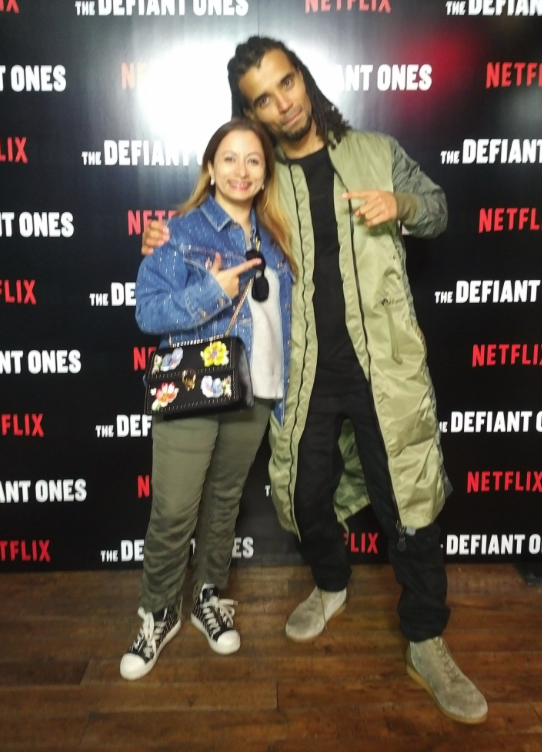 JASMINE WITH AKALA AT THE DEFIANT ONES PREMIERE – BRIXTON RITZY.

I had already done an in-depth interview with both at MTV that week but the Brixton moment was exciting.

Dre had been off the scene for a longtime and his excitement with his new signing – this white kid – that there was much controversy around at the time, was infectious! 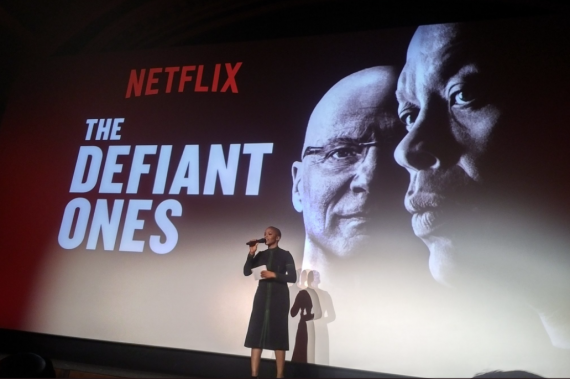 Last week Dre returned with his new artistic baby. A doc movie documenting both his and his long-term business partner Jimmy Iovines lives. 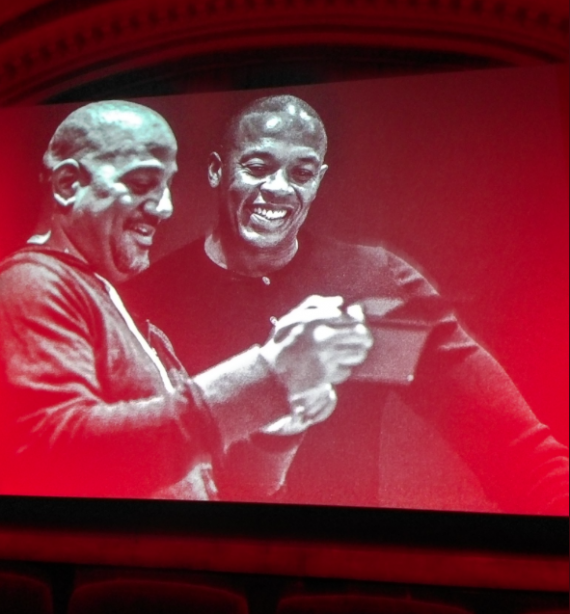 DIRECTOR ALLEN HUGHES – WHO MADE ‘MENACE TO SOCIETY – AND DIRECTED THE DEFIANT ONES WAS PART OF A Q&A SESSION WITH JIMMY AND DRE.

Their start on the East and West coasts of America, their challenging early years and their final coming together to build an amazing brand with BEATS headphones and the incredible music deal that made hip hop its first billionaire.

The movie showed both mens early years and experiences growing up with their family historys and backgrounds.

For the first time ever Dre’s mum and Dre mentioned their family tragedy with Dre’s younger brother Tyree being killed at home, whilst Dre was first successful and off away touring.
Jimmy’s story included his own tragedy with his dad passing away when he was young but also his early acts speaking.Names like Bruce Springsteen, Tom Petty, Patti Smith and more.

The doc shows brilliant never before seen footage of Dre’s early start before NWA when he was in the World Class Wreckin Cru, which even though you can tell Dre is embarrassed about, he acknowledges it was a part of his story and now with age and maturity can look back and laugh.

The movie narrates us through the Doc’s car accident, Dre’s solo escape from record label to record label, Eazy E’s death with Dre reflecting retrospectively on all the past events. Most surprising is seeing both he and Dee Barnes – separately – recalling the infamous incident where Dre gave her a beat down.

The Defiant Ones see’s an apologetic Dre, a man matured. His reminiscing about his early relationship with the love of his life – Nicole – and their young early love. Dre says about Nicole “I’m the kite and she’s the rock”.

We are of course shown the infamous The source Awards where the East VS west coast beef escalate when Suge Knight said ”if you don’t wanna see your record label head all up in your video, dancing etc come to Death Row” and the subsequent murders of both Tupac and Biggie.

There is commentary from all the key players, music acts and label Heads. Legendary luminaries like Doug Morris, Nas, Gwen Stefani and snoop Dogg.

All interviews are set in classy locations showing how far they’ve all come. Opulent furniture is a feature in itself. Artwork on the walls shows the privileged life they all lead now. None of their early experiences showing the grime of the hood is seen.

The Eminem section is strong. Dre and Em. Two struggling acts found each other. Dre didn’t expect the racism. There are lots of UK moments. A huge Wembley gig for the Up in smoke tour. The infamous Brixton Dre event pre Brixton gig. Even a Top Of The Pops segment.

Amazing Access All Areas footage from the Liberty Ross Jimmy Iovine wedding. The doc see’s some very personal footage and moments shared with the viewer.
(Jimmy is so big names like Oprah and Puffy and all his previous musical acts are seen at his wedding).

It’s empowering and touching to see all Jimmy and Dre’s Philanthropic work at local schools and communities. Compton high school benefits. Colleges started in his name. Their money changing their previous communities.

It’s a great documentation by Allen Hughes. The men’s TV story is remixed like a hip hop music video. With picture scratches and layers. Jimmy & Dre in pictures and words is as powerful as their musical legacies. 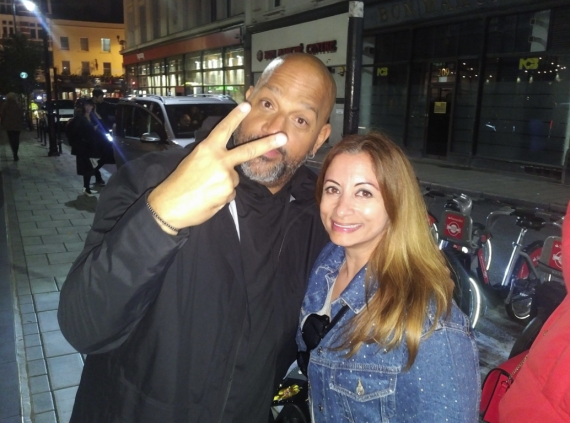 THE AFTERPARTY WAS AT BRIXTONS ‘DEPARTMENT STORE’, A VERY GRAND BAR AND RESTAURANT SET UP WHERE DRE HOSTED A DINNER FOR HIS NEAREST AND DEAREST. DIRECTOR ALLEN HUGHES WAS FULL OF PASSION AND HAPPY TO WELCOME AND SPEAK TO ALL.

Netflix never dissapoint and their red carpet roll-out in South London was big. 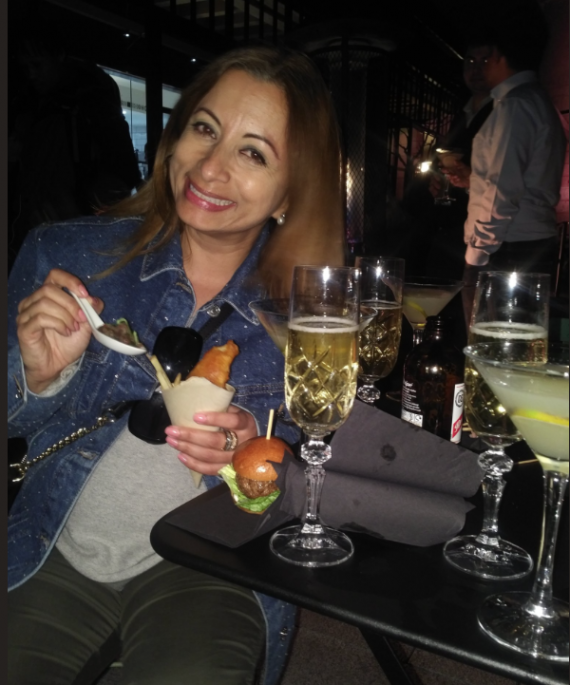 AS WITH ALL NETFLIX AFTER PARTIES, THERE WAS UNLIMITED FOOD AND DRINKS AT THE DEPARTMENT STORE. MINI BURGERS, FISH & CHIPS, CHEESE BALLS, TUNA TARTAR SPOONS, COCKTAILS, CHAMPAGNE, AND A DJ THAT HAD THE DANCE FLOOR JUMPING TO NINETIES HITS ALL NIGHT LONG.

Catch THE DEFIANT ONES on NETFLIX on March 23TH.