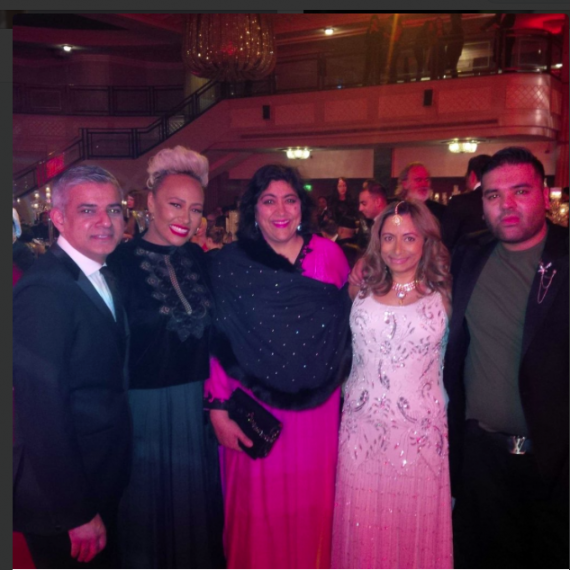 This past week saw the 6th annual Asian awards, which seeks to honour and celebrate the very highest achieving Asians from across pan-Asia and internationally – held at the prestigious Grosvenor House Hotel. 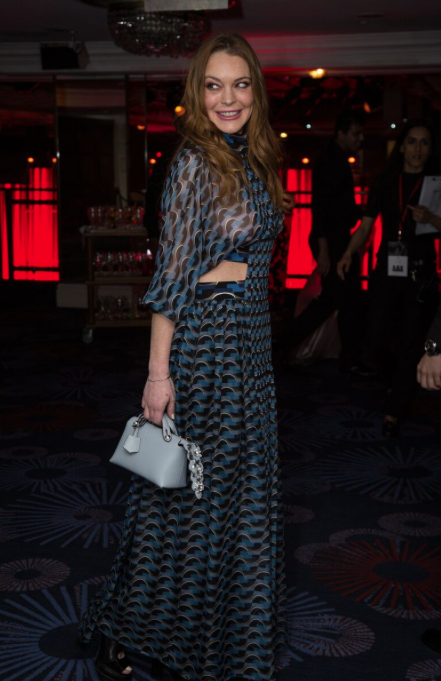 Perhaps you will have seen the sexy ladies adorning the red carpet in the press the next day, or heard that mayoral candidates Sadiq Khan and Zac Goldsmith both attended, or that international music star Naughty Boy won an award. 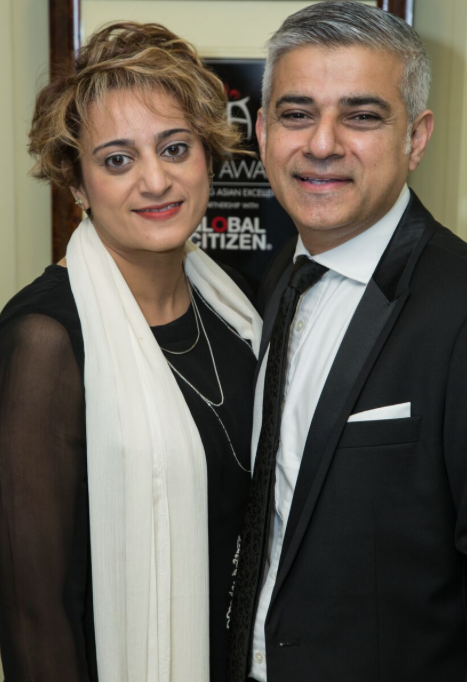 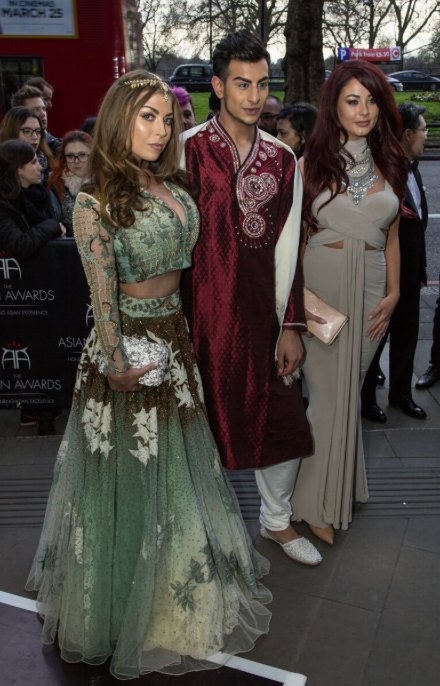 The things that can be guaranteed at any Asian focused events are, that there will be glamorous exotic women dressed in all their blinging finery. Even women who are not Asian will wear saris and bindi’s looking breathlessly beautiful and men who are not Asian will indulge in their Aladdin dressing up fantasites…(and we won’t call it cultural appropriation as its celebrating Asian culture). 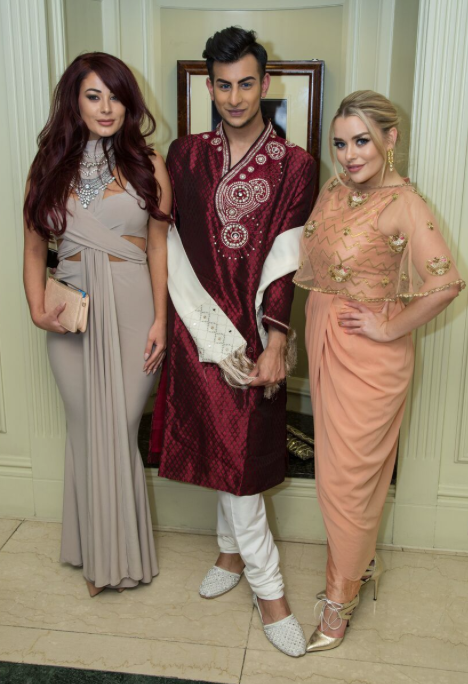 You can also be sure that the food will be incredibly tasty. Curry is not cited as the national favourite dish of Britain for no reason. We Asians taught you Brits about seasoning and spice many centuries ago when you brought it back from the Empire and by God, there will be amazingly succulent food, like the salmon and prawn starter or the vegetable curry or giant tender lamb cutlets served up for the main course this year.

You can also be sure that the organisation and presentation will be second to none as the finer details; punctuality, pizzazz and excitement are things Asians are known to be sticklers for getting perfect. 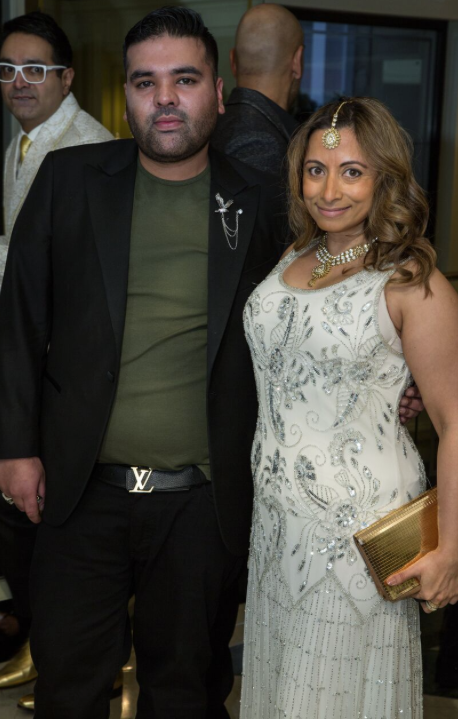 I was sat on a very high achieving, power player table with Naughty Boy and his team (Ria, his lawyer, his publisher – all women, his manager Riki Blueu), Emeli Sande and her colleague, as well as Glyn Aikins – A&R Director, Virgin Records.

Straight after dinner, Eastenders actress and Global Citizen ambassador Rakhee Thakrar spoke on behalf of Global Citizen, the charity that The Asian Awards had chosen to partner with this year. Amongst other priorities, she spoke about women and girls equality across the world, emphasising that ‘’Instead of victims, women and girls can be powerful leaders’’. 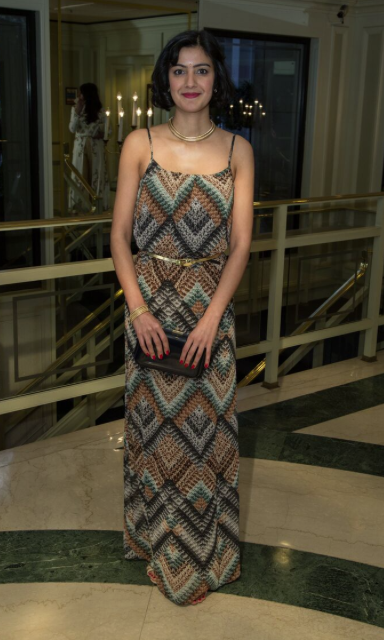 Naughty Boy was presented his Outstanding Achievement in Music award by his good friend and muse, singer Emile Sande. In his acceptance speech Naughty Boy (Shahid Khan), was keen to celebrate and acknowledge his Asian and British values ‘’ “I love Bollywood, curry, my mum…I’m a British Muslim…I represent us all” 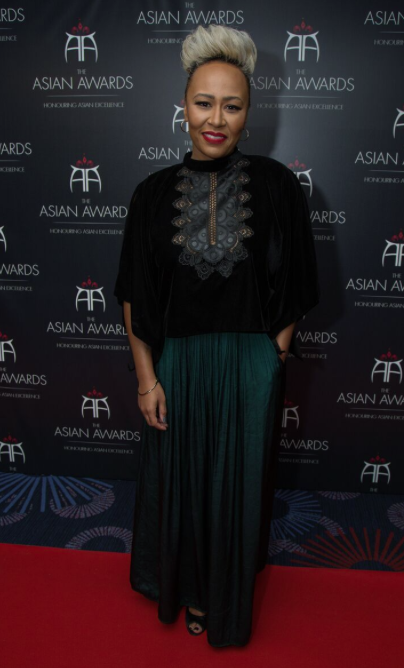 The one thing that the awards did very well was ethnic diversity of attendees. From the Big Bang Theory we had Actor Kunal Nayyar, boy band members from JLS, MP Keith Vaz, to wayward actress Lindsey Lohan, singer Beverley Knight, ITV News host Ranvir Singh, actor/ TV presenter Tim Vincent, Actress Amber Rose Revah, actor Neet Mohan, Hollyoaks star Mandip Gill, model/actress Emma Noble, to reality show stars (from lots of reality shows!) like TOWIE, to footballers from Spurs and the usual one-time model-actress-presenters. There were even ex partners of reality show stars like Alex Reid who used to be Katie Prices’ one-time beau. In a nutshell, there was a great mix of ethnicities. 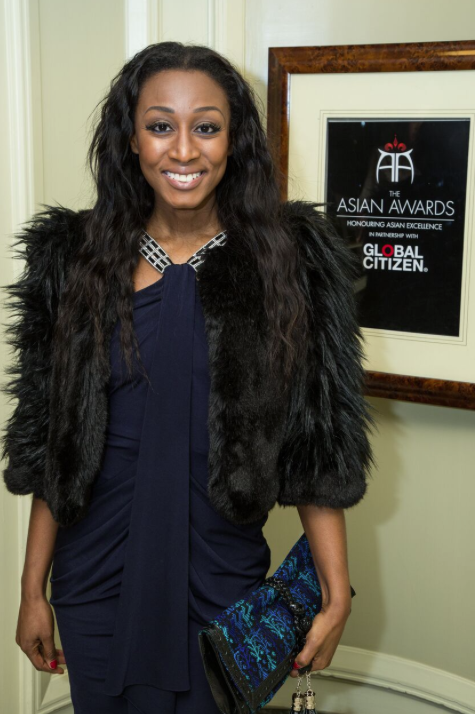 (I did have a lil chuckle to myself when ladies like Lizzie Cundy and former TOWIE face Jasmin Walia turned up looking stunning in really skimpy outfits though. Jasmin’s was slinky and sexy in a way that your average sari is, form fitting, belly showing yet (as my mum would say)‘’respectable’’. Lizzies too, was a stunning lace, totally see-through, neck to toe dress, that was so sheer it was naked, but with white knickers. I could practically hear the elder more traditional generation of Asians who found this distasteful, muttering and praying for her soul as she swanned past them. 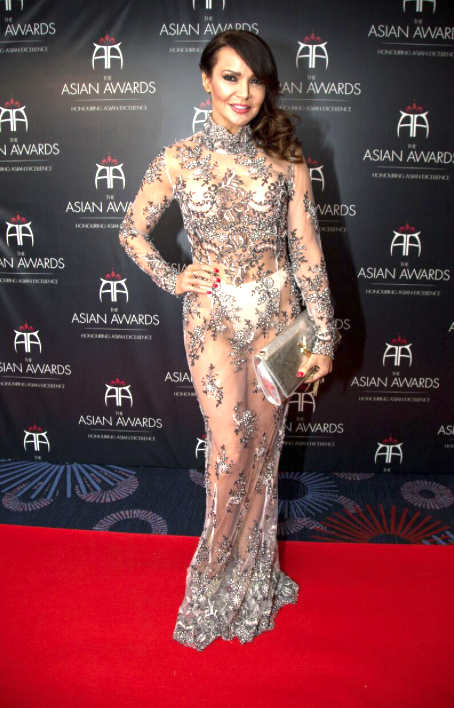 We had as many non-Asian attendees and presenters onstage than ever before, with the likes of the very funny Alistair McGowan hosting the ceremony and Beverley Knight presenting an award. 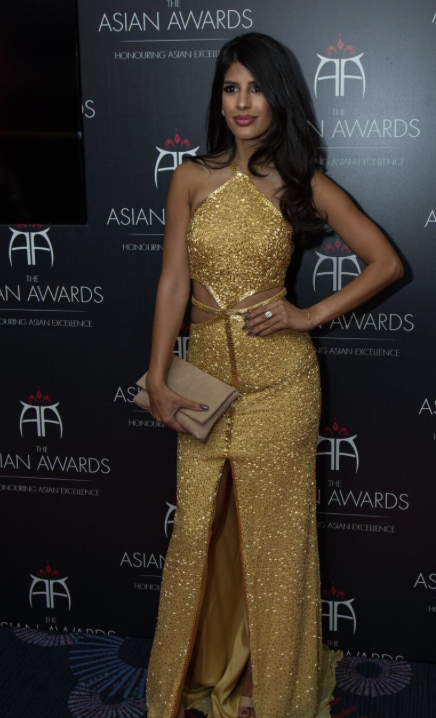 The stage management and exciting buzz of the night both within the ballroom and worldwide was second to none. As the chair of judges, Lord Billimoria of Chelsea stated in the programme ‘’I was most impressed when last year #theasianawards trended number 1 on twitter, which shows the global appeal of our winners’’ 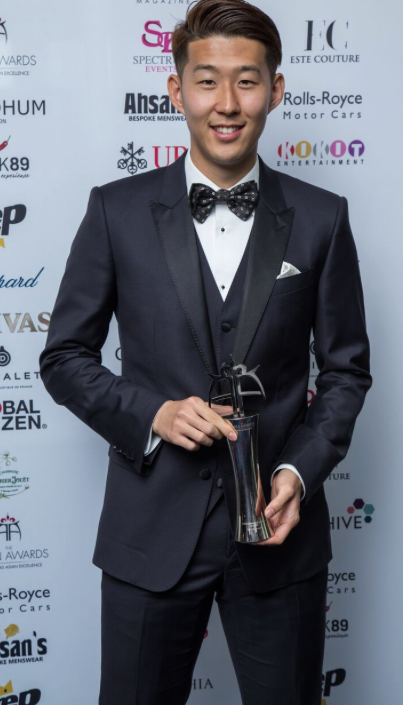 Therefore it was disappointing to get to the end of the evening only to realize that a man had won every single award.

Yes okay, The Founder’s Award went to Mother Teresa, but she doesn’t really count does she? I mean 1) she’s dead and 2) she wasn’t Asian. So not one Asian woman alive was acknowledged on the night. 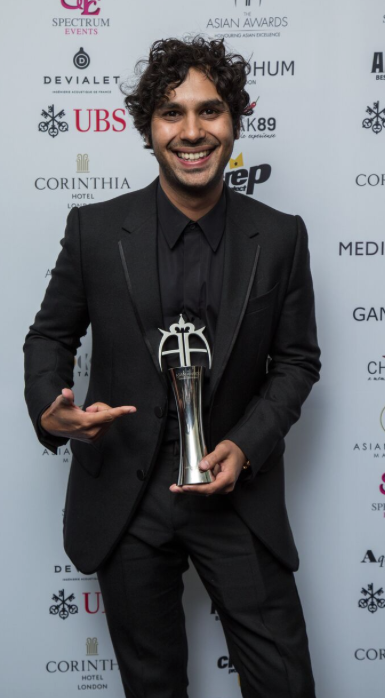 I decided to sleep on it to see if it felt just as big a deal the next morning. It did. It brought back all the memories of growing up in Southall as a young girl, feeling awkward around Asian families who expected me not to be opinioned or ‘mouthy’ as they called it. It reminded me of the looks of disapproval when I used to attend the ballet school up the road or any of the after school netball and athletics clubs wearing body clinging sports wear. It reminded me of all the young Asian boys being doted on by their mothers and the daughters being expected to cook, clean and behave meekly. 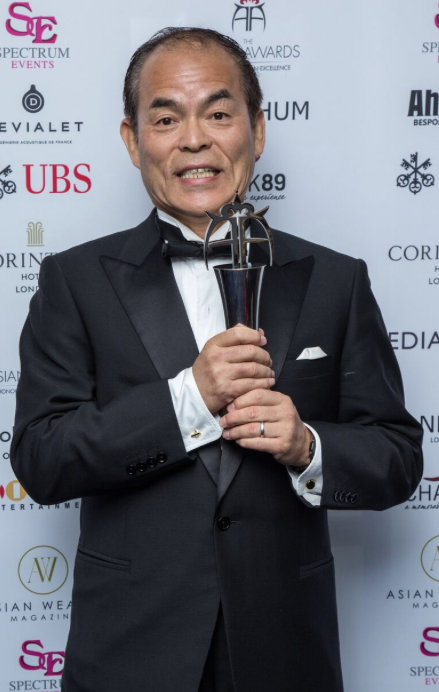 It reminded me of the disgust on my mothers peers faces when I was on TV presenting youth culture show The Word. Lots of whispered asides about me bringing shame to the community. Set aside the fact that my parents are Zoroastrian, not your typical Indian family, with much more liberal values and viewpoints than your average Asian family. It reminded me that in the Asian community where I grew up, girls and woman were most definitely second-class to men and should remember their place. Sitting in a corner subserviently. 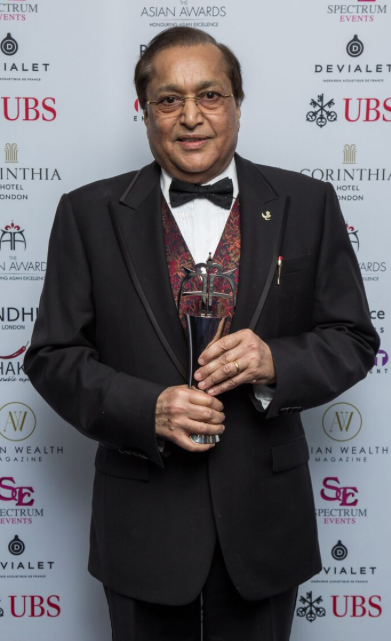 Seeing just men winning awards was disheartening. The message that sent me home with was that Asian women just haven’t achieved anything this past year. Did zero for my inspiration levels. Made me feel the way I always felt growing up around the Asian community. Women aint s*&@. It’s all about the men.
Seriously its 2016. Does the culture still have a gender equality issue? Is that a stupid question? 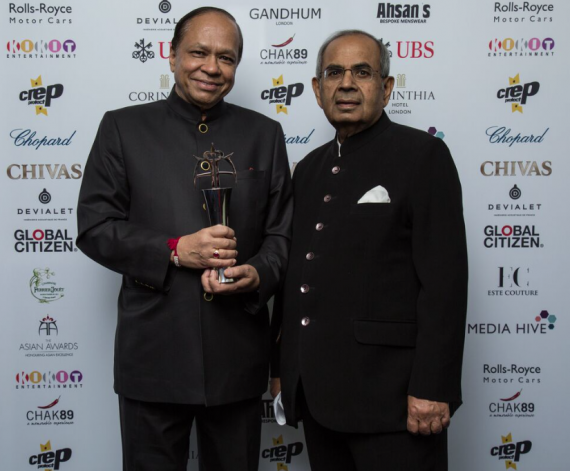 A part of me couldn’t believe that an awards show that professed to represent the whole of the pan-Asian diaspora hadn’t seen fit to ensure that their award winners reflected gender equality. Especially since their chosen charity was Global Citizen who champion female equality strongly. It made me question whether, even if it were a simple coincidence that all the judges this year, found the men to be the genuine winners of every category, that an event producer still hadn’t stepped in to insist that surely they could find one or more high achieving females this past year? 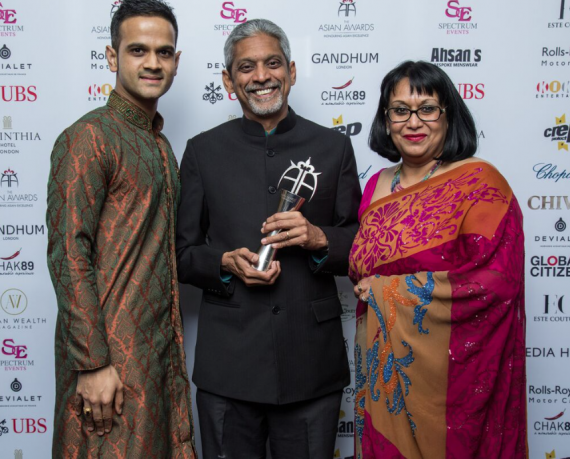 I played devils advocate with myself. What if there were no female Asians that had achieved anything? Why is that? If we don’t champion them now, will they ever be on future judges spectrums? I checked the awards goody bag, which had a booklet with more information. The founders welcome, the judges, the sponsors. I looked at the past winners ‘’Roll of Honour’’ lists. It reaffirmed my concerns. Women were sparse. 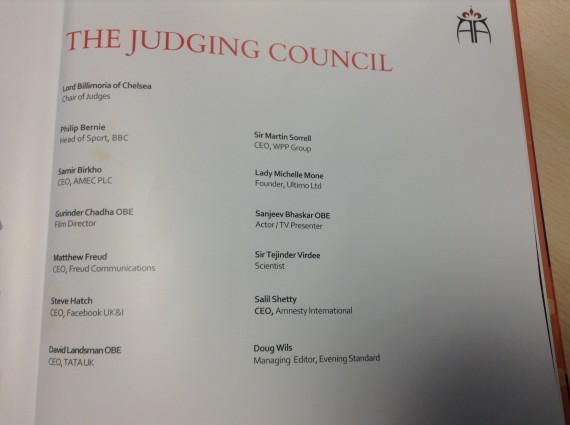 Then I looked at the judging council. Out of thirteen, two are women, Gurinder Chadha OBE and Lady Michelle Mone. Says it all really. 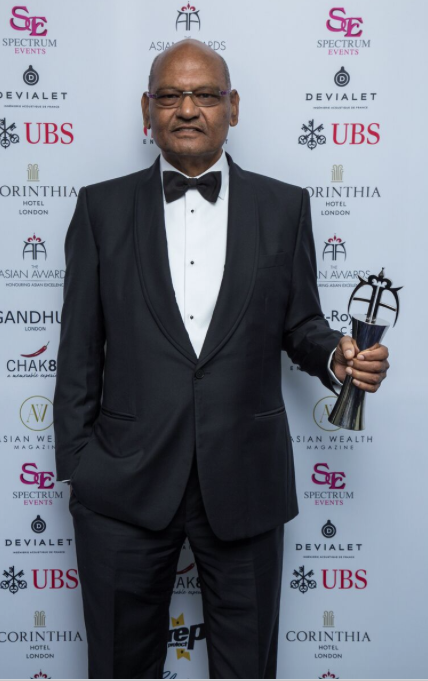 In a world where women get paid less for doing the same job as men and fight for recognition daily, it seems Asian women have less of a voice and recognition than the rest. 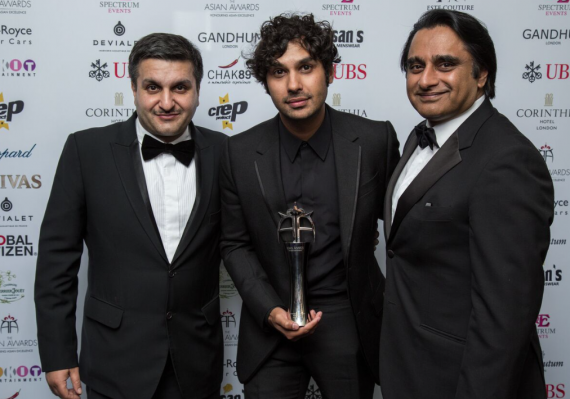 What message would a winner’s line-up like this send to young Asian girls? That there are no aspirational female elders?
My mum tried to appease me “come on, you’ve been to India with me, you know what its like, ignore it, we taught you that women are important”.

‘‘Ignore it’’. That same old message. Keep your head down. Don’t ruffle feathers. Asian women should be deferential. I hesitated writing about this. Do I always want to be seen as a complainer? Will they or other events blacklist me? 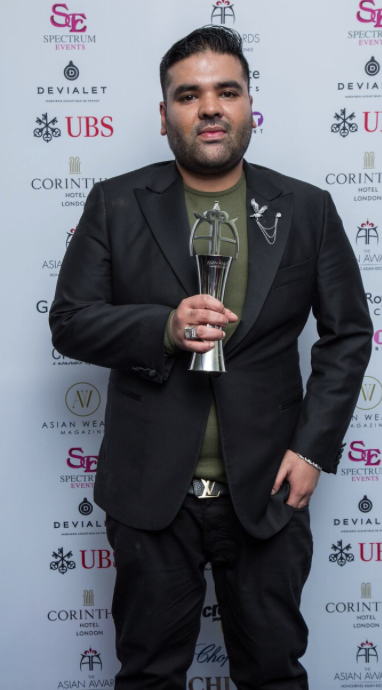 Discussing it with my friend he said ‘’it’s a case of picking your battles, there are injustices at every turn, which ones are worth your time and energy? If fear is the only thing preventing you speaking out, then absolutely you should. But if the Asian Awards is not high on your list of priorities – is it worth it? Bear in mind whatever you write about you are ‘promoting’ in some way. Sometimes you can be just as effective by ignoring someone/thing rather than stoking flames. How important are the Asian Awards? ‘’

Then I remembered ‘its better to stand for something that fall for anything’ and that did it. They are important. It is important to call out injustices when you see them. I know hundreds of Asian women that are killing themselves working hard to be taken seriously, if our own pan-Asian community doesn’t take this seriously will anyone else ever?

Also the Asian awards might consider what their event might look like if women did not attend. Who would write about it? Who would be photographed looking attractive on their red carpet?

I asked Founder Paul Sagoo about this. His response ‘’ its biggest issue I try to solve every year. We even encourage our judges to go down that route but as its meritocratic we have to go on the basis of achievement and not discriminate on the basis of gender. It will be fixed next year to some degree, as we will be introducing a “woman of the year” category.
BTW we did try Deepika Padukone for cinema but she wanted to accept in person and could not attend because of her filming XXX 3. But it is something I am totally aware of‘’

Still feeling rattled.
Do I have an important and valid point or should I let it go?