Like so many little girls I was sent to weekend and evening dance classes. Not cos my middle class parents thought it was the norm, but because as the 10-year-old latch-key, only-child of divorced parents, my mum needed to keep me occupied and out of trouble after school. 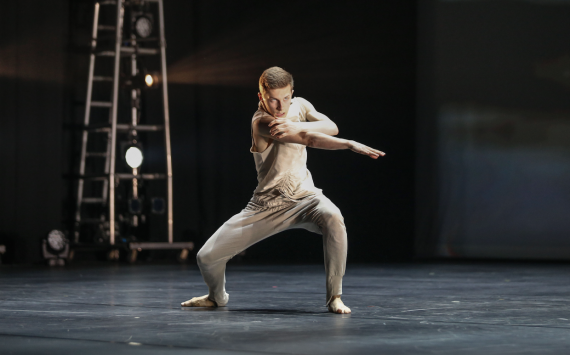 Unlike todays lil ladies, some who aspire to perfect their Kardashian selfies, back then ballet, tap and modern were the fun thing to keep us fit, healthy and sociable.
Going to after school dance classes let me se how the other half lived and gave me my first self awareness that i was working class and ”coloured”.

I was one of only three BAME kids at ballet where my white peers parents would often innocently refer to us two as “the coloured girls”. But my ballet teacher Sara would always treat me totally equally to the other kids. Even when I felt like an elephant in a tutu, her coaching and support made me feel accepted and raised my confidence. Back then I used to dream about Sara adopting me. She made me blossom under her tutorials. I lived for her after school dance classes.

This was good, as my mum used to critique my technique and costumes constantly yet adore Lisa Hawkins and berate me for not being more like her. Lithe, skinny, tall, blonde Lisa. I aspired to win gold medals like her to show mum I could and eventually, after a lot of hard work, I did.

Later as a few of us went on to study dance at A Level and degree level we religiously bought the Dancing Times magazine, took classes at Pineapple and obsessed over any rare dance on TV or cinema.

It was the era where ethnic folk like us used to scream at the whole family to come watch if a black person was on telly. So naturally that reflected to our dance world too. If there were a new dance show at Sadlers Wells or the Royal Opera House and featured dancers of colour, that dancer name would be the byword on all the students lips with us running to buy tickets to see them in action and marvel at their success.

Back then it wasn’t even a thing to call for diversity in dance companies. We accepted corps de ballet couldn’t have a lone black dancer standing out but if we were lucky would see some in contemporary dance groups.

It was a huge deal if either the Alvin Ailey or Pheonix Dance Company’s were performing in London.
That’s the only way we were able to see people you looked like us, moved like us and came from backgrounds like us dancing onstage.

My next baptism of diverse dance companies was when I was invited to be a part of the lindy hop troupe the Jiving Lindy Hoppers. A west London based diverse group who toured the world teaching and showing fans how to lindy hop (an American thing!). 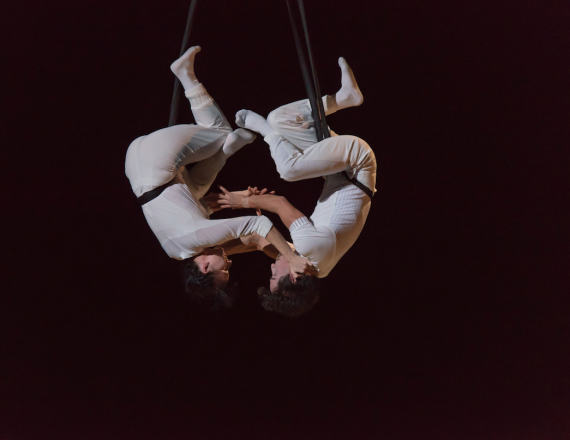 With those memories in mind, its wonderful to see nowadays dance is everywhere and bigger than ever. We have TV dance competitions which make names like Diversity and Flawless household names, shows like BBC young dancer of the year opens our eyes to various genres of dance, and SKY’s dance competition mixes diverse dance styles that see ballet competing with breakdancing and bhangra! We have dancers competing on Britain’s Got Talent and Strictly Come Dancing.

This month Sadlers Wells held their annual event titled #Sampled, which lets new and existing audiences the opportunity to see a wide range of dance at a specially reduced price. A wonderful sample, of short excerpts of dance shows, typical of those that will be performed there across the next year. This included ballet, circus, contemporary, tango, Indian kathak and hip-hop. And all were equally billed respected sets. What a treat.

It was an opportunity not just to see dance sets that I know I love, like ballet, contemporary and hip hop, but also – and more importantly to experience something new that I’d not seen live before like tango, south Indian and circus, which I didn’t know I’d love as much as I did. 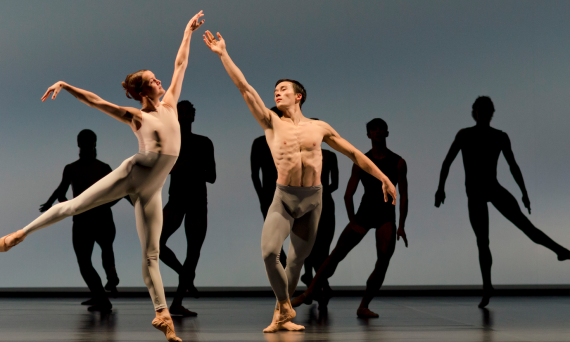 Kicking off the show were Company Wayne McGregor who performed Outlier, a juxtaposition of a heavily layered violin concerto and choreography, that both showed elongated lines of extension from the ballet world, mashed with strong staccato jerks and contemporary flavour. It was graceful and mesmerising with technically challenging choreography, that had us holding our breath and gasping in admiration.

Next came an audience favourite , an exciting couple that made tango enchanting. Julia Hiriart Urruty and Claudio Gonzalez performed their Amor De Tango in part one, then returned in the second half to perform Decades Tangueras. Their choreography had us feeling emotional with empathy for the man who dreamt of dancing again with his dead wife and aroused by the highly sensual drama of the tango. 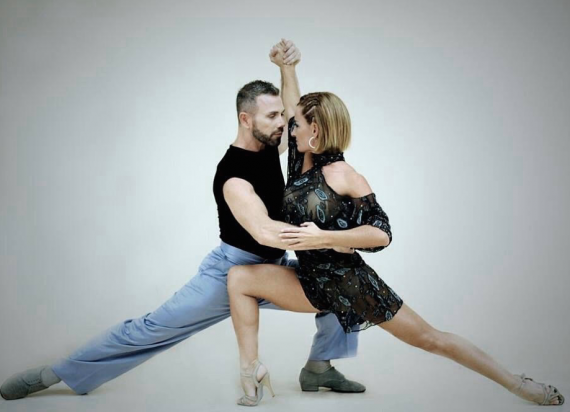 Connor Scott- winner of BBC young dancer 2015 was dynamic and impressive with his performance. GET UP which he told us was to encourage people to abandon their tech gadgets for a while and just move. It explored the themes of anti social behaviour and how technology is brainwashing people. He did make us open our eyes with his intense, virtuoso choreography. 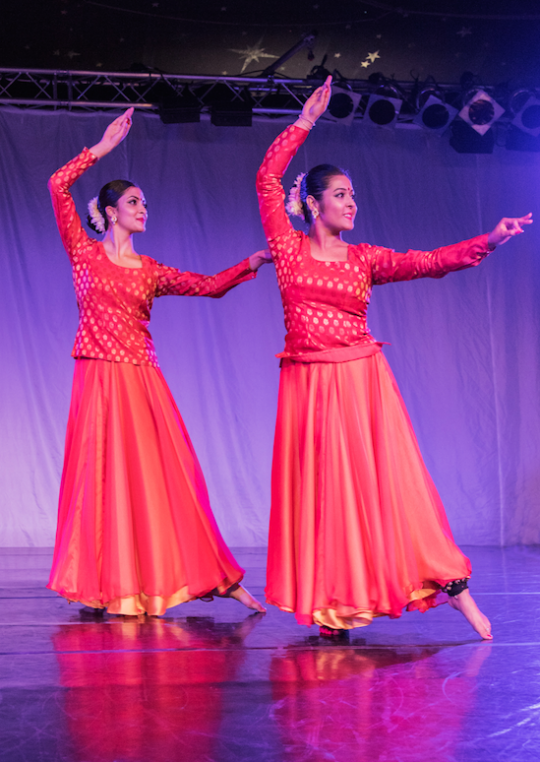 South Asian dance duo, Vidya Patel and Jaina Modasia brought exotic vibes with both their dancing and live musicians onstage playing call and response with both bodies and instruments, which was fun, cheeky and enjoyable in their number Khoj- The Search.

One of my favourite sets was by The 7 Fingers who performed Nocturnes, a piece about that uneasy state between being awake and asleep. When the flickering TV distorts your thoughts and you float in and out of consciousness. In truth, this is the type of show I would have seen on sale and never booked, so to have a chance to experience it and be thoroughly entertained, and be able to relate, was just brilliant. This set included circus techniques like crystal ball manipulation, aerial straps, vertical rope, hand balancing and more. The sequence was dreamy, anxiety drawing and left me wanting more. 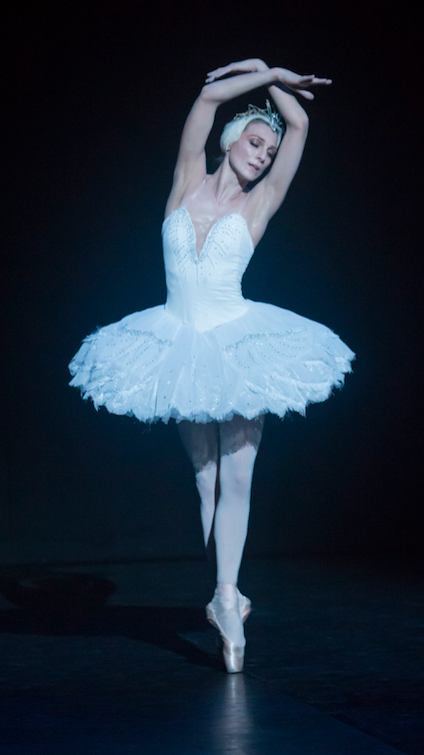 I was looking forwards to the next thing on the bill. Originally meant to be performed by the Northern Ballet but changed due to injury, it was a ballet number by Zenaida Yanowsky, Principal at The Royal Ballet, who performed The Dying Swan. It was as enchanting, haunting and beautiful as you’d imagine with elongated extensions, fragile intricate beating feet and beautiful tragedy. 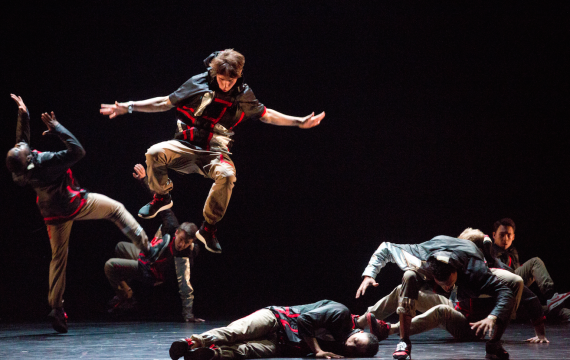 The #Sampled performance finished with The Ruggeds. A seven-piece, male group of street dancers, performing Adrenaline. It was fast and furious with break dancing, flying through the air, acrobatic, risky energy that was the perfect climax to the sampled show.

As if this night of diverse dance styles wasn’t enough value for money, before, during and after the show we were also treated to interactive dance and music in the foyers, where live b-boy battles by The Ruggeds, DJ sets by the legendary Billy Biznizz and random ballet and contemporary dancers would just pop up by the bar and do their thing.

All the sets that were cleverly sampled to bring us an enlightening experience did just that in a world of perfect diversity and spectacle. Perfectly.