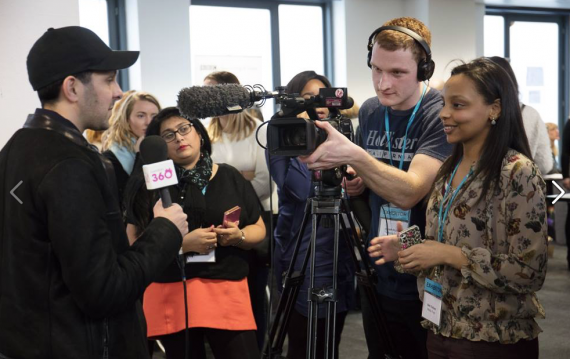 The RTS Futures annual careers fair was the ULTIMATE TV careers fair this year, with just under 1000 young people from all over the UK attending the new location for the fair – Islingtons Business Design Centre. 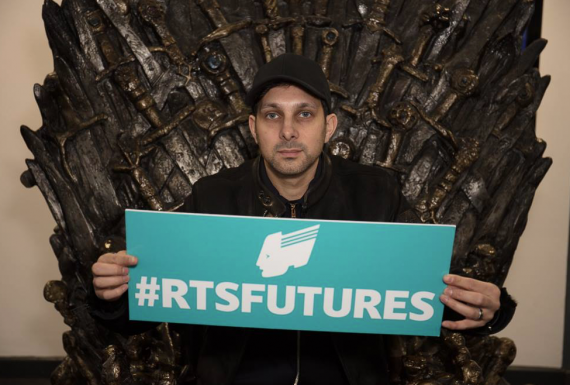 DYNAMO THE MAGICIAN THAT TOOK OVER UK TV AND IS NOW A GLOBAL LIVE AND TELEVISION STAR.

Every UK TV broadcaster attended with a stall, where they exhibited their TV brand and informed inquisitive young people about the opportunities up for grabs in TV world all across the country. 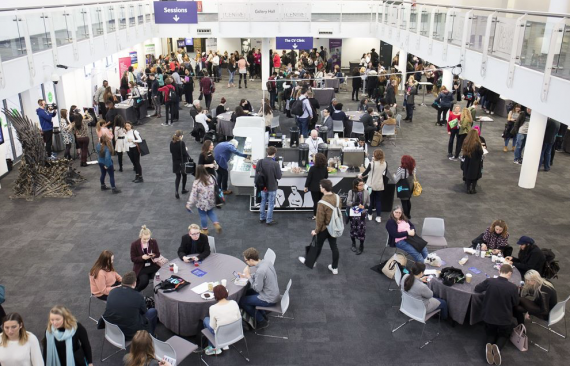 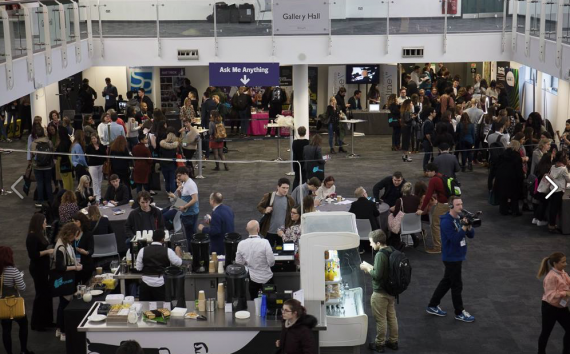 As well as stalls around the circumference of the hall, there were new areas like the ASK ME ANYTHING area where TV staff from all across the industry fielded hundreds of questions from people all day about their jobs. Costume designs from dramas, make up for TV experts, exec producers, development teams, commissioners and so much more answered anything you’ve always wanted to know about getting a job in the industry. 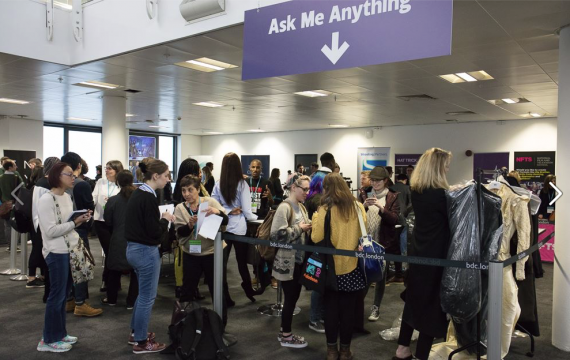 On the other side of the hall was the extremely popular CV CLINIC, where TV professionals were happy to advise and consult (for free) for all those that had remembered to bring their CV’s along and whip them into tip-top condition. 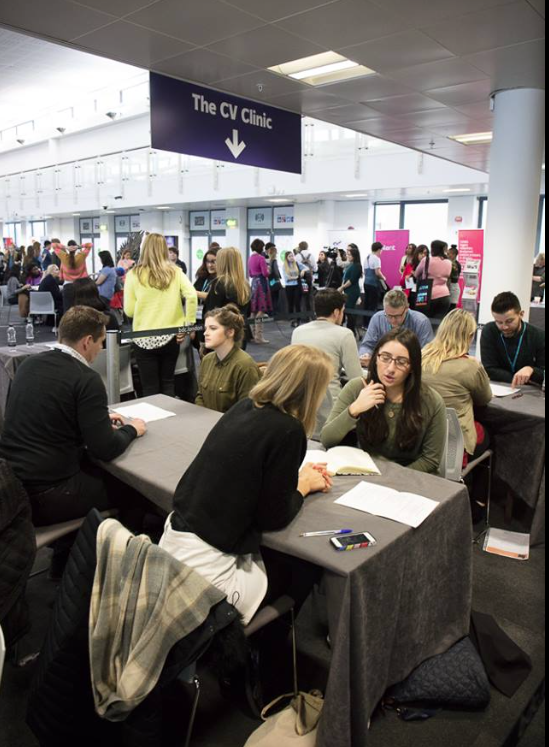 As if that wasn’t enough, off in a side hall were the best hourly panel sessions, which were fascinating! 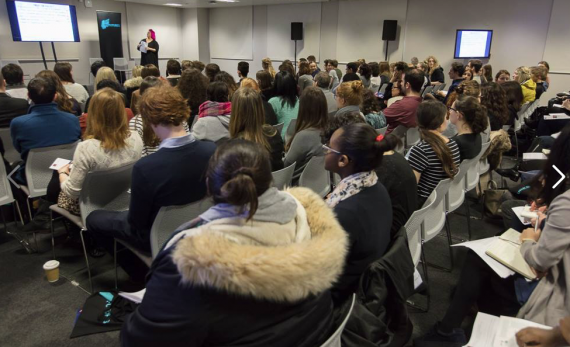 Experts from all across the industry spoke about various themes such as ‘how to spot talent’ and more. 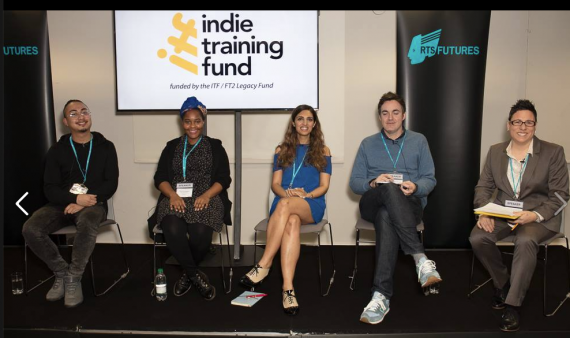 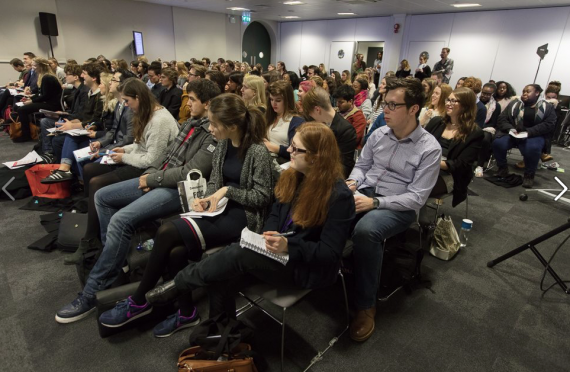 It was media gold info that even seasoned professionals in the industry could’ve learnt from. 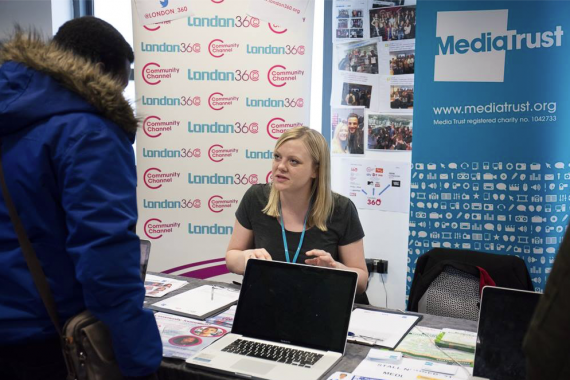 RTS Futures Chair and TV legend Donna Taberer oversaw the very successful day that was even trending on twitter! 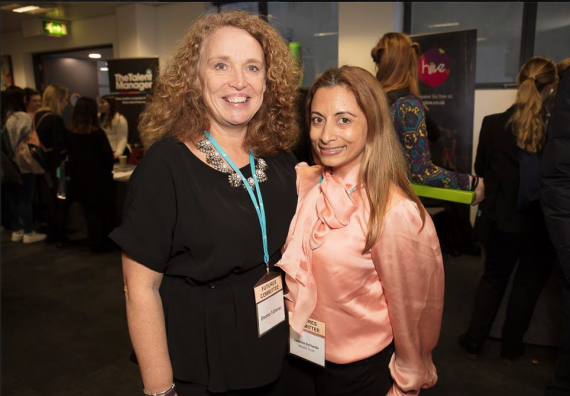 JASMINE (ON THE RTS FUTURES COMMITTEE), WITH DONNA TABERER (CHAIR OF RTS FUTURES). 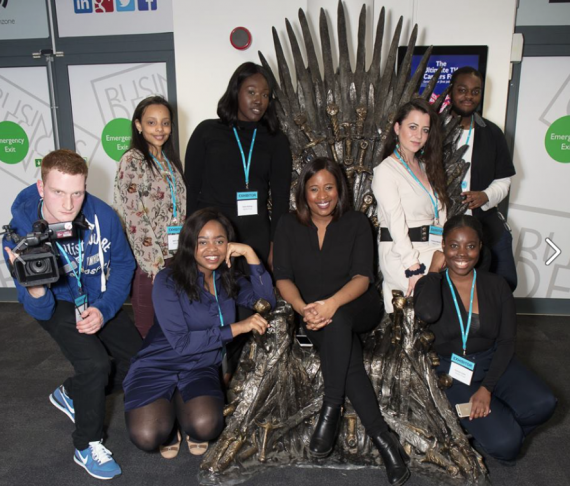 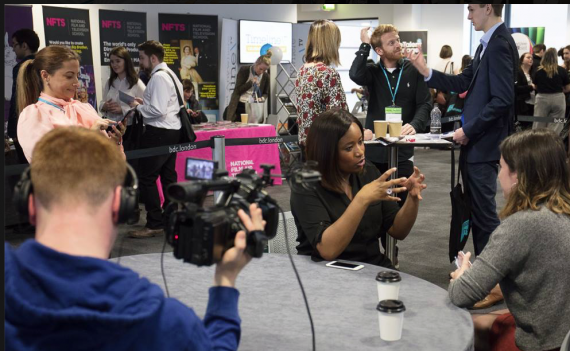 CHARLENE TAKES QUESTIONS FROM QUEUE’S OF YOUNG PEOPLE INSPIRED BY HER JOURNEY.

As if that wasn’t enough to keep us all occupied all day from 10am when the doors opened until 7pm when we had to throw people out, there were also a guest appearance from the incredible TV magician Dynamo, who also spoke about how he and his tenacious manager Dan Albian had managed to break into the industry, and take the Dyanmo brand to its now, global success, (you can read that whole interview very soon in The National Student magazine online). 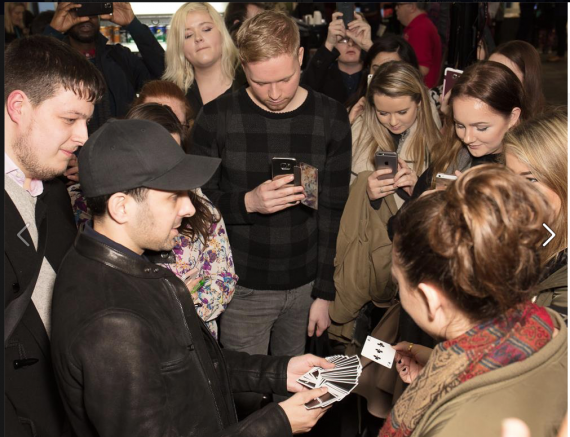 Everyone commented on what an amazing day it was both for TV broadcasters looking to recruit new, young talent, as well as young people being a lot more focused and gaining clarity on all their questions around the industry. 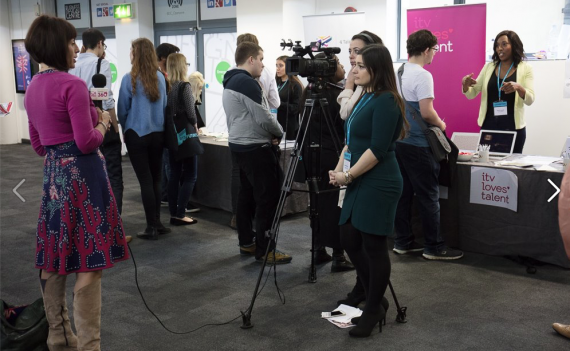 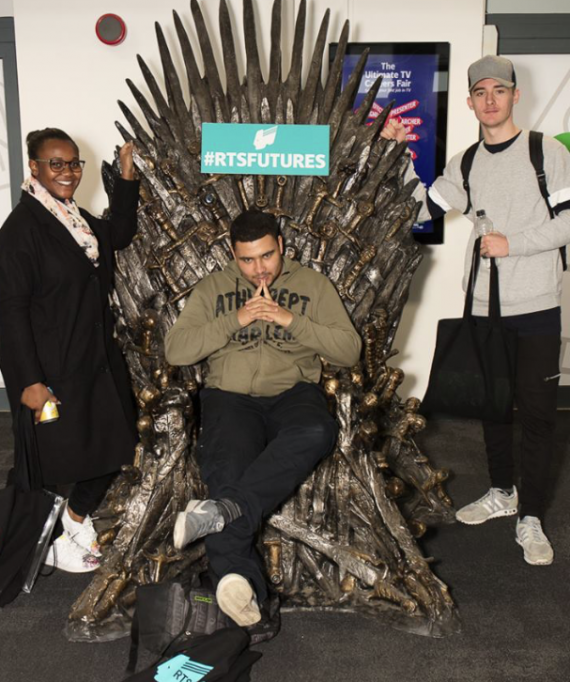 Attendees even got to sit in the Game Of Thrones throne (I had my breakfast in it at 10am) and Viacom (MTV/CHANNEL 5/COMEDY CENTRAL/ NICKELODEON) even had a ring light GIF stand where we were all very silly posing and shrieking with laughter. 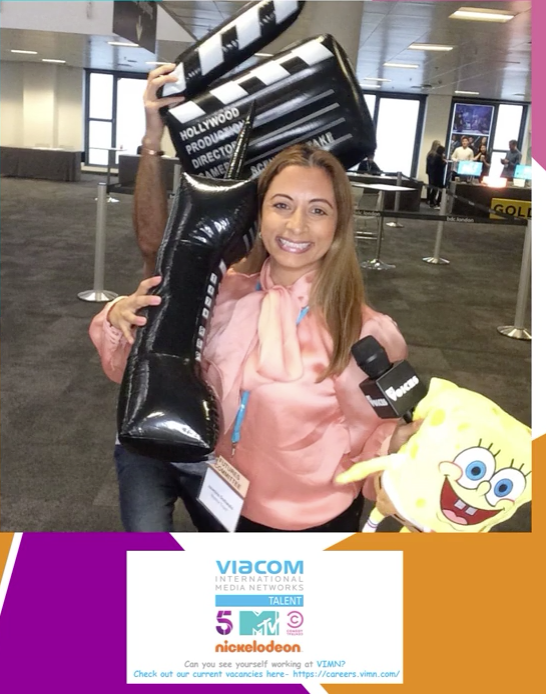 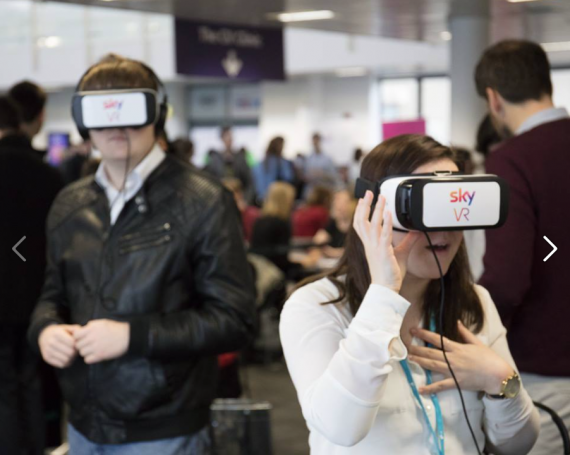 The day was a perfect microcosm of telly world. We talk- a lot- meet new people, get offered stuff, agree to stuff, reject stuff, ask more questions, talk a lot, pose, roar with laughter and have a great time. No two days in media are ever the same. It’s the best job in the world!

Attendees this year also heard from apprentices past and present as they talked about their experiences of applying, what they did during the scheme and what they’ve done afterwards.
So whether you want to get into development, become a journalist or want to do the artwork for productions like Channel 4’s Indian Summers, there’s a scheme for you!
Join us next year at the RTS Futures ULTIMATE Careers Fair 2018! 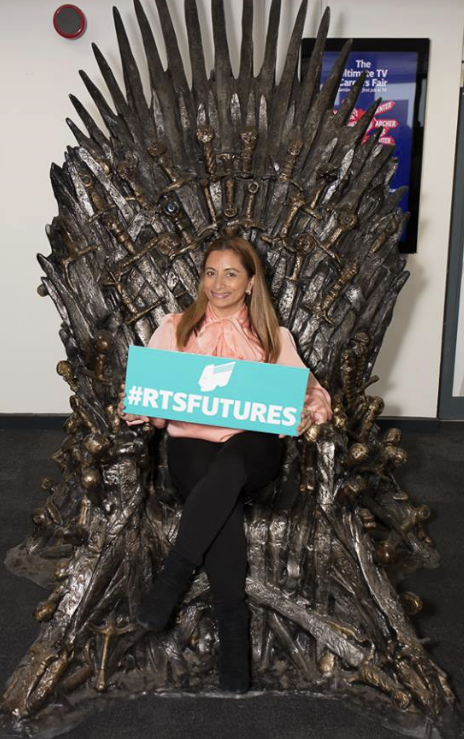 CONGRATULATIONS TO THE RTS TEAM ON ANOTHER AMAZING EXPERIENCE FOR YOUNG, FUTURE TV LEADERS!