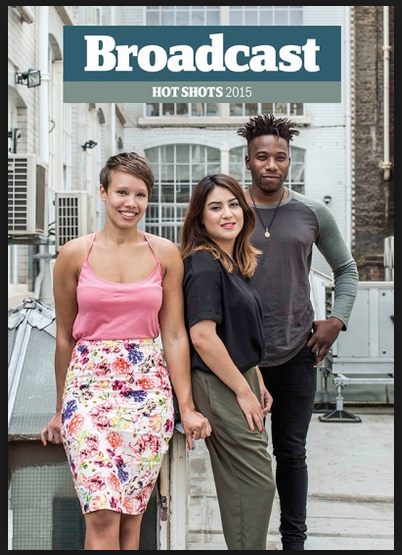 There’s always a lot of talk about the lack of diversity in UK media. In the two decades I’ve been in the industry, there are waves of rising voices annually that lament the make up of this once male, pale and stale arena we call show business. 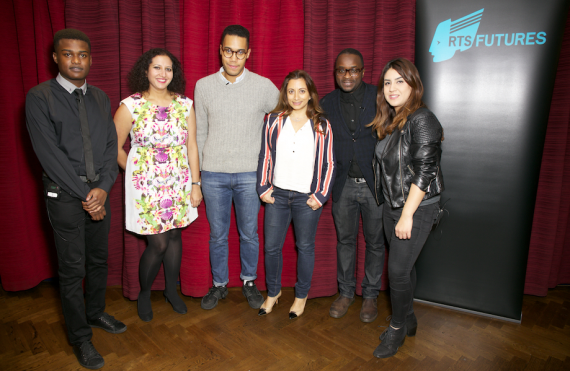 Last year, according to the DAILY MIRROR- ‘’TV bosses have admitted they are “embarrassed” after it was revealed a black man is more likely to score for England than host a prime time TV show’’. Then Sky, ITV, BBC and Channel 4 all said that ‘more needs to be done to tackle the lack of black and minority ethnic people working in telly’.

2013 was a pivotal year for the diversity agenda when broadcasters came under increasing pressure to make firm commitments on diversity. 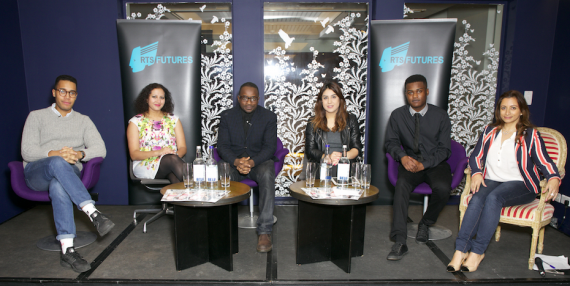 Next we saw Sir Lenny Henry campaigning loudly for a change after criticizing the BBC’s efforts. Then around a month ago the Campaign for Broadcasting Equality evidence to the Lords Communications Committee on the BBC and BAME employment was finally published, and was pretty devastating reading. http://data.parliament.uk/writtenevidence/committeeevidence.svc/evidencedocument/communications-committee/bbc-charter-renewal-public-purposes-and-licence-fee/written/21757.pdf

It made points such as ‘’ The BAME population is under-represented in terms of BBC employment, it is underserved as viewers and the BBC response has not been proportionate to the scale of the problem’’, and ‘’ The BBC has made some improvement in on-screen BAME portrayal but this has not been matched with off-screen employment. On-screen representation which is not matched by off-screen employment becomes a deceptive and superficial gesture’’. It also suggested remedies like ‘’ BBC has performed poorly on BAME employment in relation to Public Purpose 6. To be effective the Public Purposes need greater specificity and clear performance metrics. Public Purpose 6 should require BBC business and production units to reflect and plan to match the demographics of the population where they are based,’’ and ‘’ As a first step, the BBC should set a quota of 12% BAME employment on its top ten radio and television programmes and its leading News and Current Affairs programmes by 2017”. 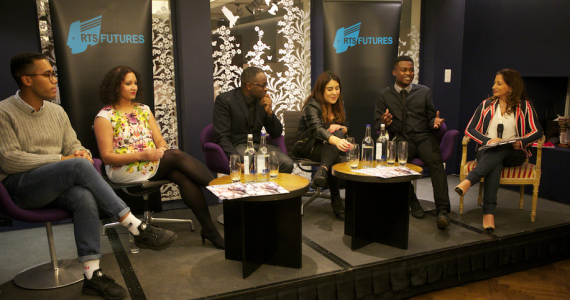 Thankfully then, so we wouldn’t all be left demoralized and dejected with all the bad news, this year in August, Broadcast magazine decided to focus on 26 BAME Hotshots, to shine a light on the diversity within the industry, and the 26 Hotshots selected, represent the cream of that rich pool of candidates.

So this week the Royal Television Society Futures team, celebrated Broadcast magazines BAME (black and minority ethnic) hotshots list 2015, with a panel of representatives at the Hospital Club in Covent Garden. I was lucky enough to be asked to chair the panel. 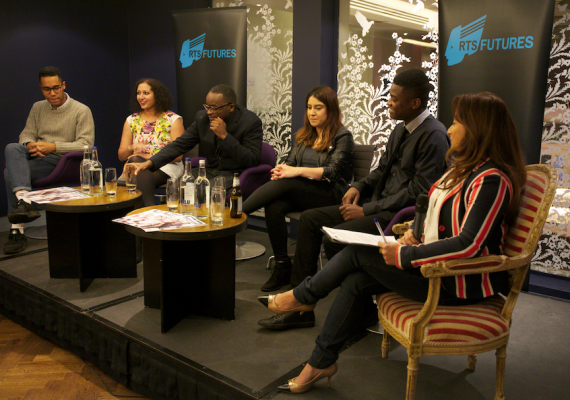 The 5 panellists on the night shared their jobs and journeys with the audience. On the panel were Mickey Down, a writer and director who’s been nominated for a British Independent Film Award at the 2014 BIFAs, Sabrina Scollan; a development researcher at Renegade Pictures, FEMI OYENIRAN; an actor, producer and director who has starred in hit films Kidulthood and Anuvahood and made his first feature film It’s A Lot. In 2016, Femi is to be seen acting alongside Kelly Brook in romantic-comedy Taking Stock.” 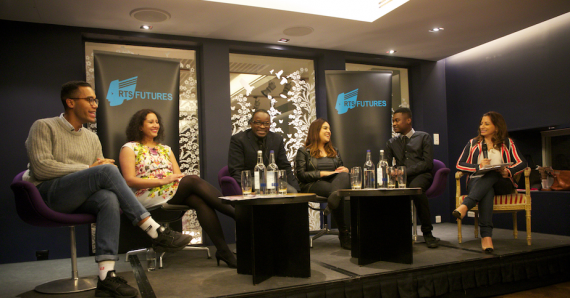 The panel also included Fatima Shafiq who is a freelance TV development and documentary producer. Her credits include Jamie’s Dream School, BBC3’s Reggie Yates’s Extreme South Africa, Payday on C4 and The Cruise Ship for ITV. Most recently she’s turned her attention to short form factual content, and has generated over one million pounds worth of profit, from devising new factual formats and documentaries online. Finally we had newcomer Kascion Franklin – an actor best known for his recent screen debut playing the lead in Danny and the Human Zoo, on BBC 1 earlier this summer.

They all spoke about the good, bad and ugly scenarios they’ve encountered and how they’ve managed to navigate them positively. 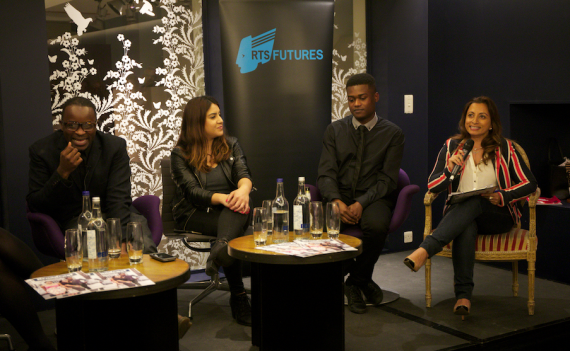 The UK is a global leader in TV production, and everyone wanting to pursue a career in broadcasting should have a fair and equal opportunity to do so.

The figures show some groups may be facing barriers- both in entering the industry and more importantly, allowing them to progress once they are in.

We all know, there is a lot of BAME talent trained and ready to go in UK media, and many within the sector from broadcasters, industry bodies and more have for some time been driving initiatives to drive this forwards.

I have to say that since I first started working in TV up until this point, there have been changes. There are louder voices campaigning for changes and social media means we are able to call out injustices, patchy storylines and characters a lot more easily. Whilst I see a lot of BAME faces onscreen in certain areas like news, I know that production teams could do with some colour adjusting in their staff makeup.

Public facing campaigns like broadcasts BAME hotshots plus nights like this will hopefully help drive more diversity in our industry. There are clearly lots of young, fresh BAME creative all across the industry that simply need to have more of a light shined upon them.

In 2016 lets hope this story stays positive, and that panels like this, are just the start of great progression and change!