July 4th is always a busy day for events. Aside from Independence Day it seems as though everyone decides this date is good for a function.

So this July 4th just one, I started at the Music Publishers Association to moderate this years keynote speech at their AGM. The key-note speaker this year was the unparalleled music genius Naughty Boy – Shahid Khan. 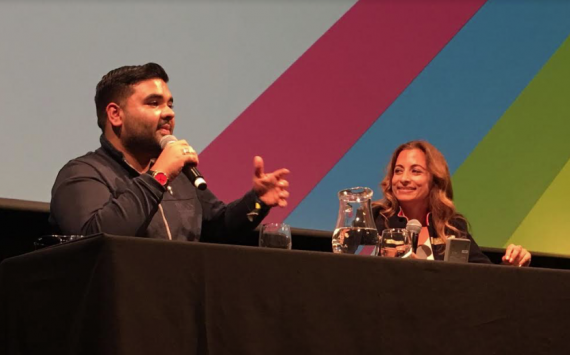 The 200 strong music publishing staff in the audience had a real treat as NB broke down his career from producer to artist, and then from artist to publishing label and then the future….

Naughty Boy, is an Ivor Novello and MOBO award winner, who has penned and produced tracks for the likes of Sam Smith and Emile Sandé, amongst many many others. He is described as a world-class songwriter/producer of the highest calibre. 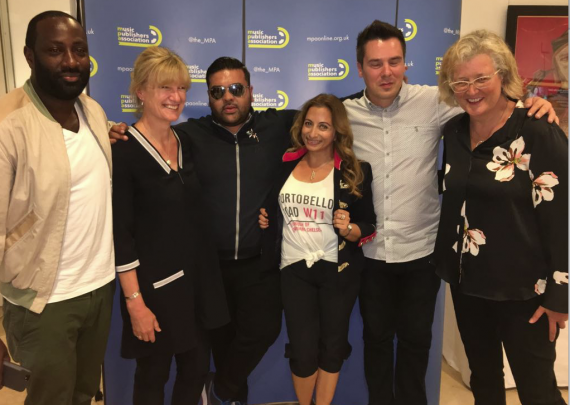 The NB brand, has taken the music rulebook, and ripped it up, and done things every step of the way – as Sinatra said- his own way.
For those that aren’t familiar with his now legendary first big breaks, he dabbled with Bollywood songs, won £44.000 on Channel 4’s gameshow Deal or no deal, won £5000 via the Princes Trust, set up a studio shed in his parents back garden, met a girl called Emeli Sande, produced Bashy’s Black Boys hit, made ‘Diamond Rings’ with Chipmunk/and the rest is history. 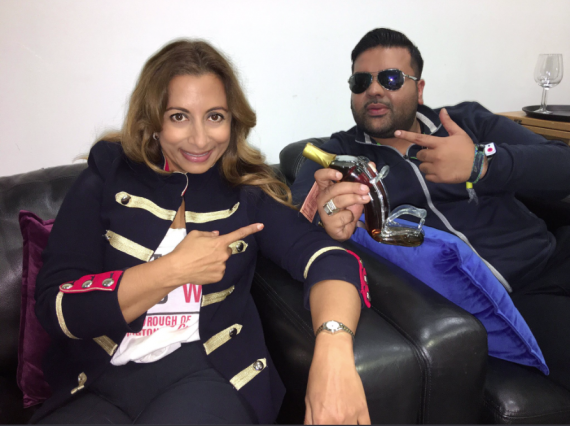 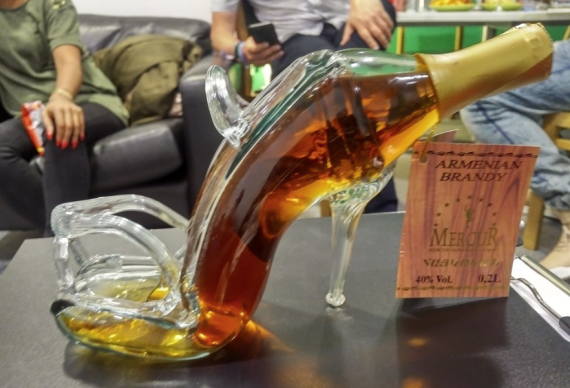 His artistic success as a song-writer has been phenomenal with the likes of Beyoncé and Simon Cowell picking the phone to him and he was also one of the last people to work with George Michael. 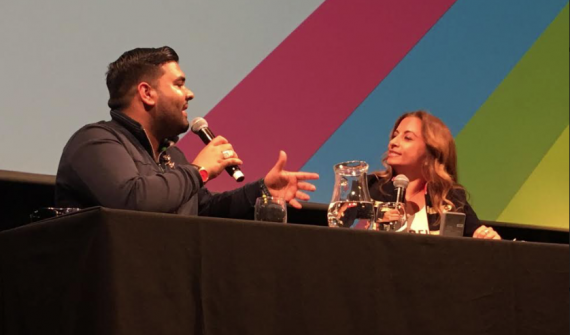 These huge names from across the globe are calling him, fundamentally due to his songwriting and producing skills. During the interview he revealed how he and his song-writing teams work together, support each others careers, how he safeguards and promotes the interests of the writers signed to his label and how the way he works has changed as a result of that journey.

He’s what we call a modem day digital disrupter. As well as moulding his own career, he’s successfully discovered and nurtured artists with sustainable careers during turbulent times in our industry, and continues to identify the creators and artists of the future.

He has his own publishing company –NAUGHTY WORDS- and has learnt much around publishing via older mentors in the game.

A music publisher is responsible, for ensuring the songwriters and composers receive payment when their compositions are used commercially. They also secure commissions for music, and promote existing compositions to recording artists, film and television. NB shared what his biggest and worst publishing experiences have been to date.

Earlier this year he signed a worldwide deal with Downtown Music Publishing, and also established a joint venture with his publishing company, Naughty Words. 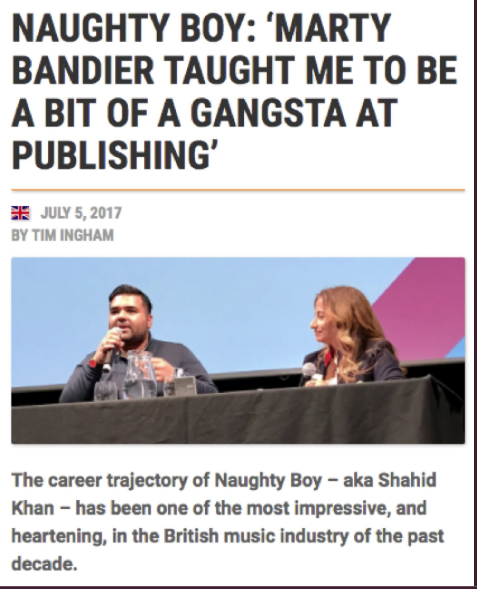 The Internet killed the music industry for a while – then a few years later squished it up and re-birthed it….with things like crowdfunded platforms to make music, and to sell it…look at the grime scene…NB revealed excitedly that the internet has certainly been his friend.

Last week a new BPI report GENERATION Z-MEET THE YOUNG MILENIALS, showed that young people are happy to pay for music…which will come as a relief to spotify!

We finished the interview with future looking fun where NB confessed he has music sound tracks for films as well as a Naughty Burger chain coming soon. ”it will be the unhealthiest burger that ever existed”. Thats naughty.

With NB’S obsession with cats- big and small- he has a gorgeous ginger cat called Barry who lives and engages with music stars in his studio and who is chauffeured on occasion for a blueberry facial at Harrods. The good life! 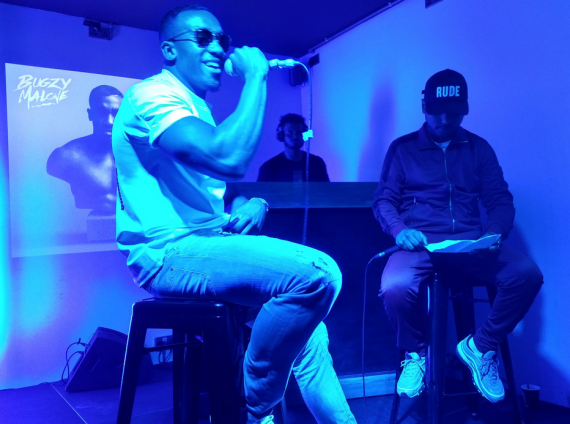 Then we all bundled into the car to head to Covent Gardens Relentless Studios to hear Manchester’s grime star Bugzy Malone talk us through tracks from his new album. KISSFM DJ Rude Kid moderated a chat where Bugzy told the crowd about the working conditions around his new album KING OF THE NORTH and also played us his new video for BRUCE WAYNE. 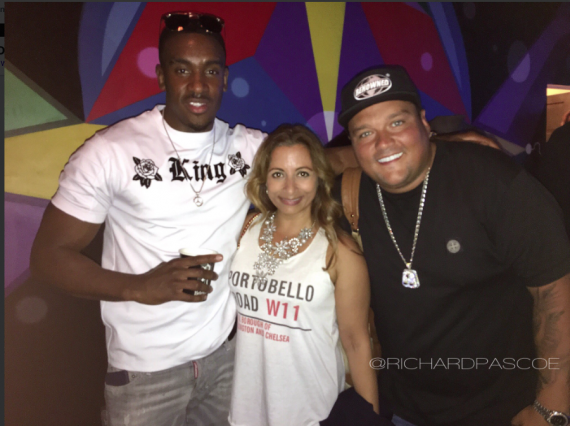 Our last stop was as super nightclub TRAMP for the FIRST ACCESS ENTERTAINMENT summer party thrown by uber don music lady Sarah Stennett.
Stennett, whose stellar 20-year music biz career as a lawyer, A&R executive and artist manager has seen her become one of the UK’s leading executives and launch/develop the careers of artists including Ellie Goulding, Iggy Azalea, Jessie J, Zayn Malik and Rita Ora. 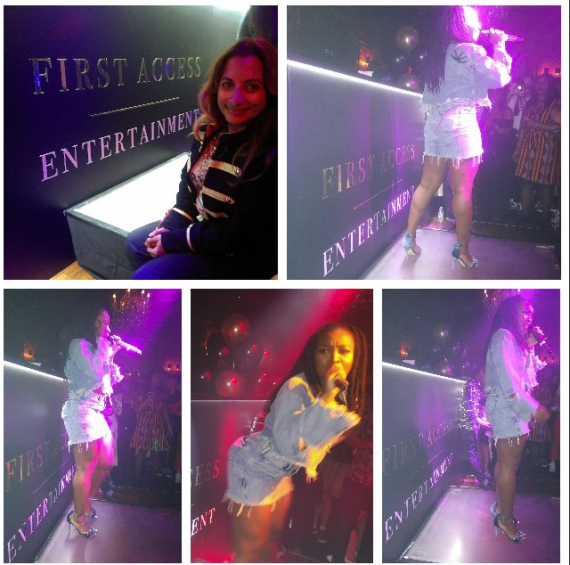 The party was popping before 9pm with a super cool crowd of young starlets, models, fashionistas, hip hop crowd and Soul singer Ray Black smashed it with a powerful set of her hits.
A photo booth and the best R&B DJ’S meant we were all dancing hard and having fun till the early hours. 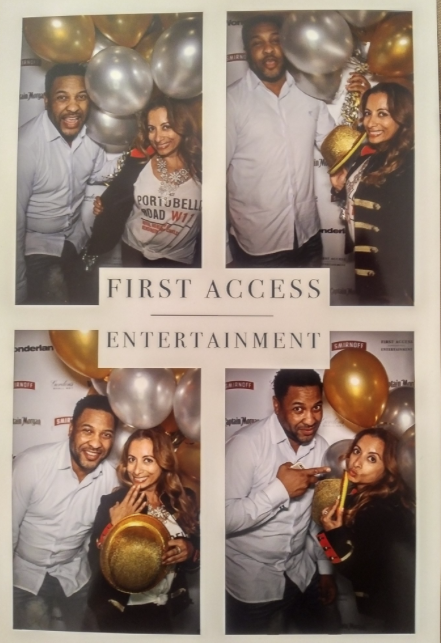 A great day of celebrating the music industry in London town!