Grime originator MARCI PHONIX – one of the founding fathers of UK Grime – is back with brand new music with his song ‘RIOT’. It’s a call to arms and is the first of several hard hitting social commentary singles and videos, taking on the police, the media and blasting fellow MCs for not tackling the real issues young black men face in 2017. 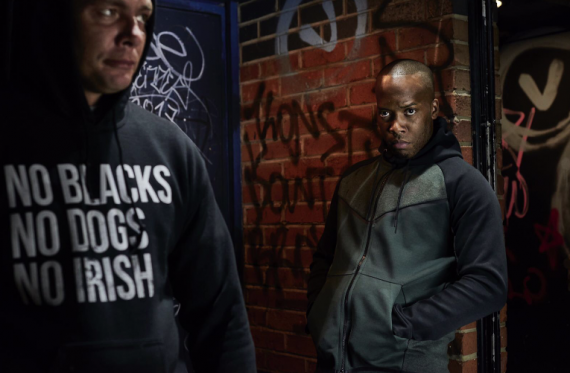 Marci burst onto the scene back in 2002 alongside contemporaries such as Dizzee Rascal, Wiley, JME and Kano. After performing at sold out venues across the country, he fast gained a reputation of being one of the fiercest MC’s in the industry, headlining events such as Sidewinder and Eskimo Dance along the way. This success led to collaborations with Skepta, Ghetts and Big Narstie, with his music being championed by all of the key media outlets of the time. Now he is back with a fire in his belly, an arsenal of new material and a message for the masses “Nobody’s Safe!”

The first installment is debut single ‘Riot’, which acts as a call to arms to disaffected youth across the board.
RIOT VIDEO!

The controversial track and music video has been championed by Grm Daily, Complex and Spotify and helps deliver his message of alienation, frustration and the misrepresentation of young black men in modern day Britain. Certainly not pulling any punches on his return, Marci Phonix looks set to cause a stir once again in the UK Hip Hop and Grime scene. 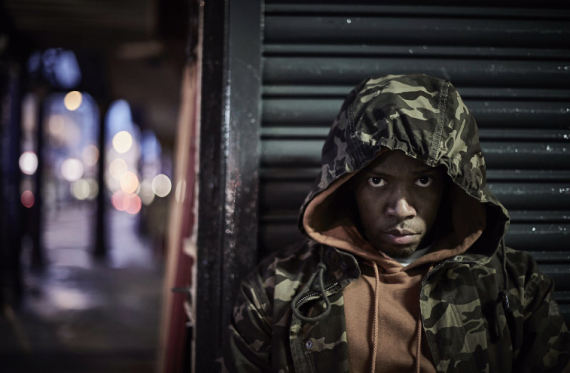 Marci sat down with me for an exclusive chat.

Hey Marci, so for all the old school grime heads out there, can you explain… What took you so long?

Timing… I had to go away to learn what I know now. It’s easy to get caught up in the scene and just be like everyone else, I’ve never been on that. For me, there’s a big difference between spraying bars for hype and reloads like we used to do on pirate radio versus an artist that stands for something, an artist that carries a real message. I’m a lover of music but I kept on hearing the same old regurgitated sh*t on the radio/online. Falling into the same old trap… make a road banger and everyone falls in love, then hook up with the majors who don’t have a clue, giving you some fresh out of Uni A&R who doesn’t know his Slick Rick to his Fela Kuti (“that’s just that urban stuff init”)… gives you some p***yhole pop track that totally flops and what the roads originally liked about them is gone and they’re left with a washed up music career getting gassed on insta when they’re invited to some c-list industry event. It’s sad but we’ve seen it over and over again… I thought, it’s time for change! I’ve been gone for a few years now and these rappers are still just talking about the same old thing… designer clothes, drugs and getting girls, whilst the police are still kicking our mums front door off, killing us in the streets, following us around shops… someone needs to start telling the truth!

Let’s get straight into the grime scene shall we. Having established a foothold across the world over the last few years, do you think the culture will continue to influence other rap and street genres? And how do you see the music itself adapting to new trends and production styles and rap flows?

Grime music is growing bigger and bigger every year. We used to make Grime beats on the first Playstation, now Grime is heard in video games like FIFA 18 so it’s come a long way. We’re influencing the sounds on some of the biggest US Rap albums too nowadays; they look to us for the inspiration now. It’s funny cos we always wanted to be like them. Grime is a sound that comes from London, the minute we stopped caring about breaking the US and focused on where we’re at (UK), the US started f**king with us and that’s how it goes. Even though the drill sound comes from Chicago, I think the UK drill rappers that are blowing up here and heavily influenced by Grime culture too. Their rap flows are different but you can hear the Grime elements in the production and the hooks for sure.

With the turbulent nature of the world right now, perhaps a more political stance lyrically is the next movement? We’re seeing this approach more and more in hip hop (Eminem’s recent freestyle for instance) so it seems like we’re seeing a shift in that direction?

I’m not a part of any movement; I’m just about the truth. It’s all-good if artists want to make records tailored for the radio but for me, I just see that there are real life issues that need to be addressed. For instance you highlight politics, as much I backed a lot of the points Corbyn stood for in this past election, am I ignorant enough to think that someone in his PR team didn’t see the influence the hip hop acts in the US had on Obama’s campaign and thought let’s use that same strategy over here with the grime MC’s. Again, it’s banging that we’re even being considered in matters like this but I’m just tired of seeing our culture being endorsed when it suits and then spat out… You want the demographic that grime music influences to vote for you but then weeks later when they raid a trap house in south east London and the press link it to the west London Notting Hill Carnival (like you ever see crack heads in Carnival… most you’ve got is a few man bunnin a spliff) because it’s something that our culture is behind… where’s those same politicians standing by us then and condemning these horrendous claims!


We love ‘Riot’ by the way; you’re certainly not pulling any punches. Give us a brief break down on what it’s about. Do you feel like a bit of an elder statesman to the youth coming up now?

Riot is a song for the people, it’s a song for the youth that gets harassed everyday by police for no reason, I made this record to motivate and empower them. I’m not trying to be an elder statesman, I just say what everyone’s thinking, whether it’s liked or not has never bothered me, music is always been based on opinion. If the likes of Jeremy Clarkson and Katie Hopkins can say the sh*t they say and every other TV station will still endorse and broadcast their views… “In the name of entertainment” I feel it’s time to let this next generation coming up behind us know that in reality, this kingdom that we are in isn’t so “united,” especially with us! 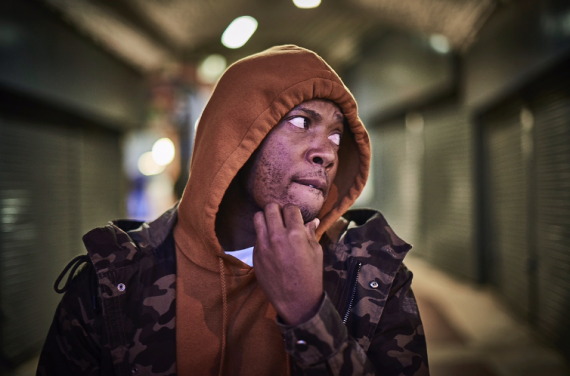 You’ve been vocal in calling out fellow MCs for rapping about designer clothes, drugs, girls etc whilst as you say the police are still kicking down mum’s front doors. Do you think that artists have a duty to speak out about against the establishment and the way that young black men are unfairly treated by police, media and the like?

To me an artist should speak out of course, but they won’t because their scared. No one wants to upset the establishment! I’m all for celebrating achievements and nice things but these man would rather steer the youths to do whatever it takes just to buy an £800 pair of Balenciagas, copping a new C-Class coupe or even beef that guy over there just because he lives in the estate opposite the block your Mum is renting a 2 bedroom flat in… Rather than talking something sensible. And it just gripes me that these same man go on prime time television and starting dicking about on the screen talking about some random sh*t. Them times your boy is riding a sentence for carrying a shank on road to protect himself but there’s a white girl in Oxford who stabs her man and gets off! Nah they’d rather talk about how Drake or f**kin Nicki Minaj liked their picture on instagram. Them times we had music legends who just put it on the line… Marvin Gaye did it with songs like “What’s going on” James Brown, Michael Jackson, NWA, Peter Tosh, Rage against the Machine… the list goes on! These acts all had some balls to go against the grain and say what needs to be said.

Like our American cousins, we’ve had our own issues in the UK in recent years, namely the Grenfell tragedy and the riots following Mark Duggan’s shooting. Do you think that the issues of injustice and frustration that the community as whole feel in the aftermath of such events get a fair hearing in the media?

That’s not fair… you know that questions gonna rile me up! Like you said… Just look at the Duggan situation that police watchdog released a statement that said, “Duggan was probably throwing a gun away when he was shot” PROBABLY… PROBABLY!!! Like we’re living in some F**kin Minority report sequel. So now, for the police to lawfully kill you in the streets you have to look like your “probably” up to no good! Now look at the coverage the news and media put on the story when Duggan was some out and out bad man from Tottenham, round the clock reports saying how another black man is a gun yielding criminal who kind of deserved to get taken off road… his name is dragged through the mud and he isn’t around to defend himself! BUT when these prats say it was just “likely” that he had something on him (which really means by law that his NOT GUILTY… because no one ain’t going down for probably) not even a mention of it on the BBC evening news? Which leaves the general public with the ill-fed information and gives prejudice Britain another reason to think all black boys are gangsters and killers. I’m not surprised old white women still cross the road when they see me and my boy walking street together. I say as much as the press publishes the “suspicion/speculative” report… just as much publish the truth once it comes out! Ps. how many people died in Grenfell again?

Finally let’s talk new music quickly, when can we see or hear a follow up to ‘Riot’?

I’m getting ready to release my next single called “On My Wave” featuring Clue, one of my favourite street rappers in the UK. It’s a MADNESS, Heavy Trackerz produced it and I love it!!! Check out my socials and I’ll be updating everyone with new releases and shows dates…