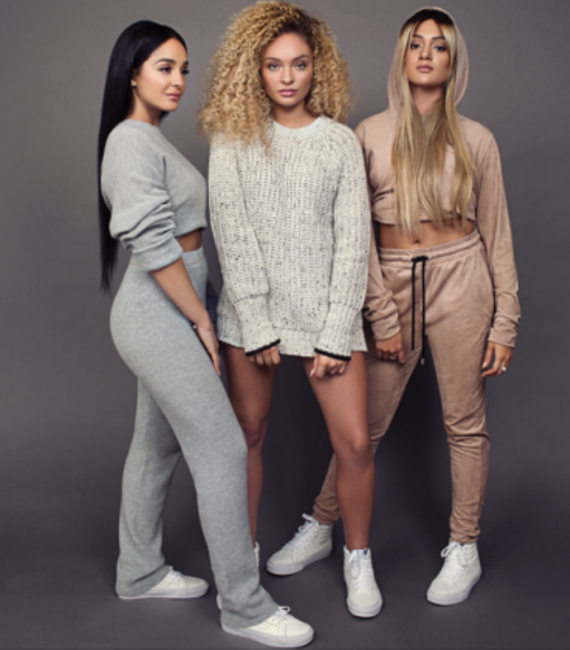 Molded in the form of TLC meets Destiny’s Child is a relatively new, all-female R&B band from the UK, called M.O.

The three ladies Annie, Frankee and Nadine have been going around four years so far, and as well as being nominated for a MOBO award, they are also tipped for the top by Ed Sheeran!

Their latest song “Who Do You Think Of?” is doing serious numbers on Spotify, and burning up London’s radio playlists and dance floors.

Watch M.O’s video “Who Do You Think Of?”

With an all-female team behind them, this is a girl group walking a true feminist walk, pushing things forward for women in the music industry. Their Great Escape Festival lineup on the FACT stage alongside Stormzy and WSTRN proved them to be very able performers with a huge fan-base, and this year looks set to be the one where the ladies make their mark.

Having spent most of last year sharing the stage with the likes of UK rap acts Little Simz, Krept & Konan and Stormzy – Annie, Frankee and Nadine sat down this week to talk to me.

Where did you grow up and how did that area shape you?
Nadine, I grew up in Aylesbury Buckinghamshire- it’s a small town, not a lot rally happens there, but it’s not where you come from it’s the dream you have. I’m glad I came from there because this may not be where I would be now.

How did you all meet and form a band? –
We were all members of different groups and used to meet from being at the same events, studios etc, then we formed a good friendship & when our other bands ended we decided to get together & write the music we truly loved.

It’s hard getting a musical career off the ground. What has been your biggest career setback and how did you tackle it?
We haven’t had set backs as such, girl groups generally have a harder time we think, we dunno why, but one day we will get to the bottom of it ha-ha, so in that sense it’s tough, but we are three strong girls & we love what we do.

How did the Name- M.O (Modus Operandi) come about? Has it confused fans?
We actually heard it in a Drake song “The Motto”, and we thought it sounded interesting & loved the meaning of it (it means a particular way of doing something to achieve your goal)

Who does what in the band?
We get on so well & compliment each other in different ways; Nadine loves the Studio, Annie loves to be out & about on tour & Frankee loves photo-shoots & styling! 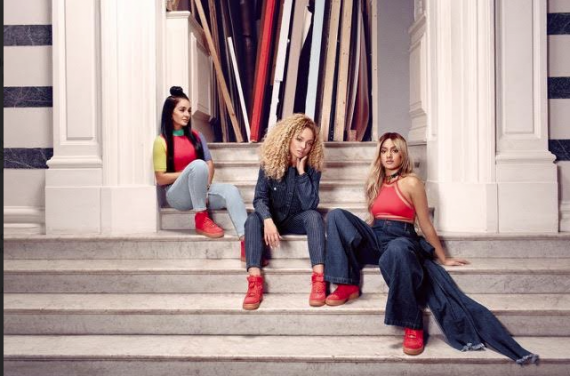 Earliest musical influences?
We grew up listening to a lot of 90’s R&B , Aaliyah , TLC, Lauryn Hill just to name a few.

First big break?
We had the chance to go on tour with another UK girl band called Little Mix, it was an arena tour, and it was a great experience for us!

Best and worst things about being in a female trio?
Best!! Only the best, having each other’s backs & support!

Who are the best female musical female trio (British/ American), and why?
Eternal, as their style was to die for, also Mis-Teeq had a great sound and Destiny’s Child had the killer vocals!

Tell us about your image and style?
We feel our style is just as important as our music. We just like to be comfortable, again very 90s influenced, we even wear a lot of boys clothes.

You’ve been touring and working with a lot of the grime acts, you’re very pop, how does that synergy work?
Yes pop but not bubblegum pop, we feel we can go on tour with a grime act & be ok; we always wanted to make sure that was the case.

You have a soulful pop sound. Why do you think has soul music in the UK not been as prominent in the past few years?
It’s all about timing, things come & go, and hopefully we can bring a bit of soul back to the UK.

Check out M.O’s song DANCE ON MY OWN

Listen to M.O duetting with UK rapper Lady Leshurr on their version of Brandy & Monica’s ‘’the boy is mine’’- The Boy Is Tied.