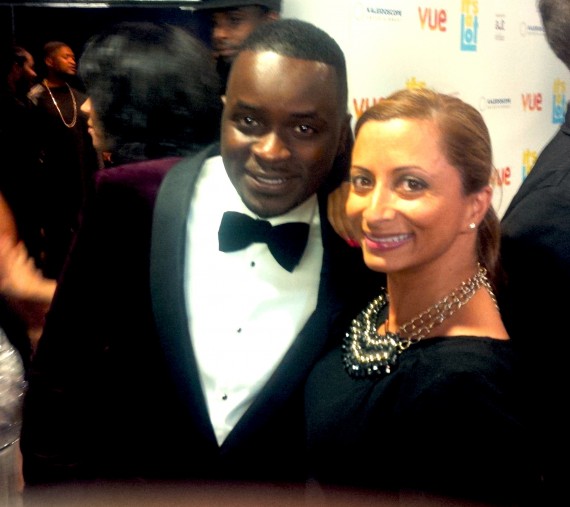 This week has been about colliding genres in the worlds of film, debate, art and sport. I love it when genres collide.
To start off, I attended the film premiere in Leicester square, of the latest movie to come from #teamuk actor/director Femi Oyeniran, titled ‘’is a lot’’. 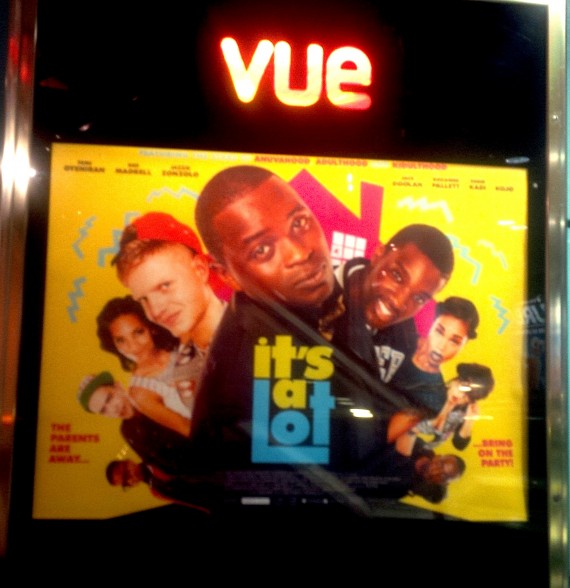 It has a storyline about young students making a fake charity up for bone marrow donation and gave the ACLT (African Caribbean leukaemia trust), a big mention throughout the narrative. Femi also revealed that 4% of all profits from the film will go to the charity. That’s a big gesture that puts his money where his mouth is. Many celebs (including actors that star in the film) told the london360 news reporters on the red carpet, that they still hadn’t joined the blood register. What is it about our culture that stops us doing anything charitable until it affects us? I know we’re not that selfish as a people, so what’s the answer? 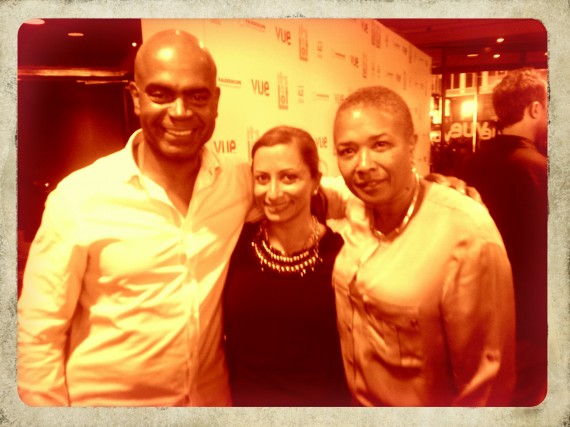 JASMINE WITH ACLT’S ORIN AND BEVERLEY.

The night saw a number of stars turn out to support Femi’s film. We spoke to Beverly and Orin who run the ACLT who were still in shock after comedian Felix Dexter’s death and said

‘’ In an honour to Felix, it’s a case of continuing the work of the charity to get more donors on board, to have more laughter, he would be saying, you guys push on, try and find donors, he tried to help Daniel, he joined the register in 1997 himself to help Daniel, he would want others to now register to help other people. So everyone can go to the shows and have a laugh and come to nights like this and relax and chill because that’s what Felix was about, having a good time with a serious message below the surface. And that’s what the ACLT’s about. And that’s what the film is trying to say as well, a mix of the seriousness and also the laugher on top, which is of course what everyone wants’’ 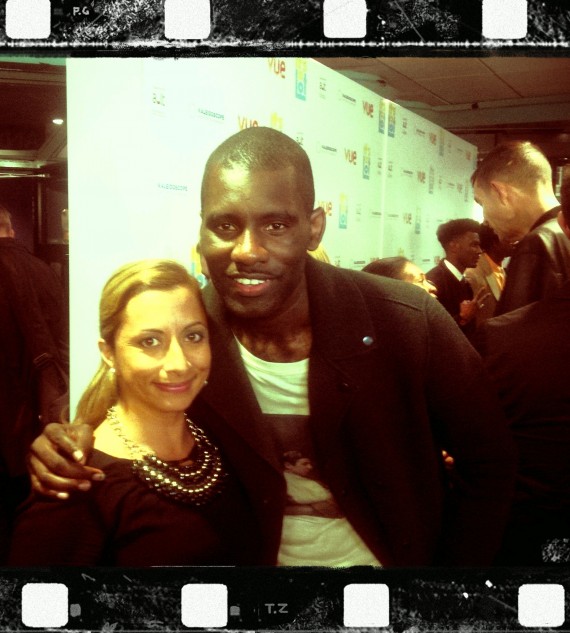 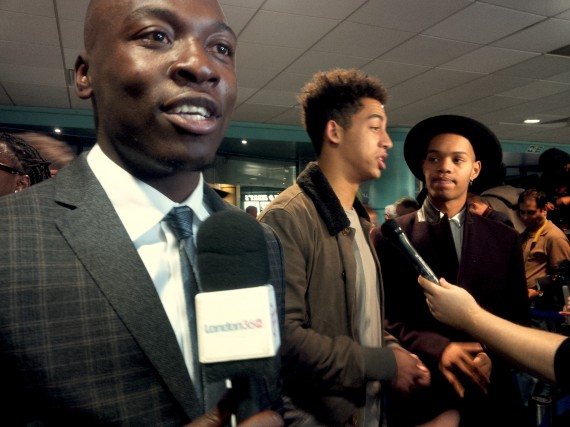 COMEDIAN EDDIE KADI AND RIZZLE KICKS ON THE RED CARPET 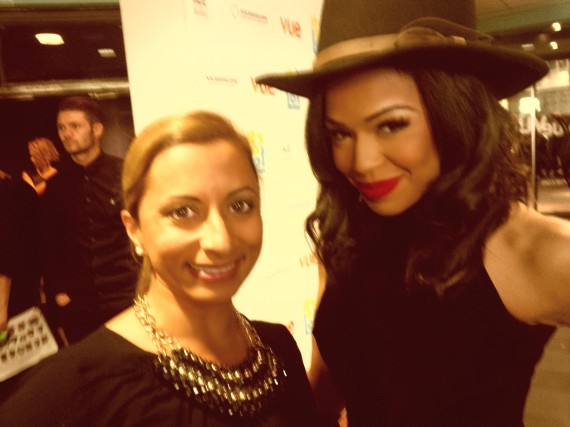 Kojo who plays the headmaster said

‘’ to be in a movie, and get the message across in a movie, is very unique, I’ve not seen it done’, “I think more pressure should be put on celebrities, there’s a black guy sitting in the White House based on celebrity help” 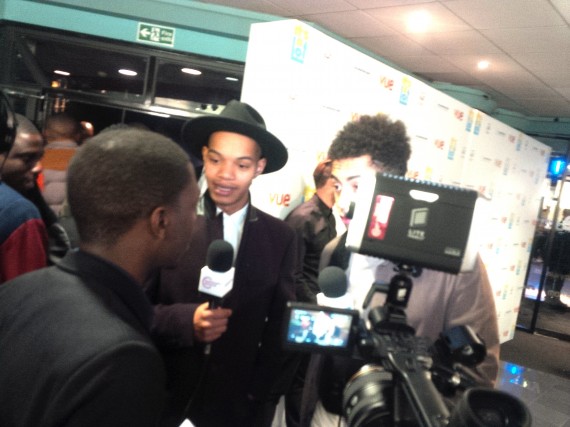 ’ If this film does really well 4% of the box office is going to the ACLT…If the film does well, the ACLT will financially benefit from the movie. I’ve not told anyone that, so you’ve got the exclusive there, Let’s narrow the gap guys!’’

A great juxtaposition of the worlds of film, charity and youth! 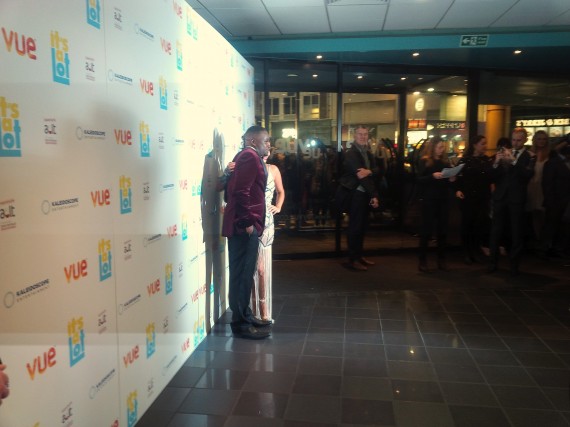 An overflowing room of ladies, both from the music industry and many others that want to be a part of it, gathered (not just for an evening of cocktails and to compliment each others latest music signings and PR success’s), but to debate about whether women ruled the industry. (As we didn’t already know the answer to that question). Taking place at THE OTHER CLUB –a pop up members club in Kingly Court, the night was titled; Do Women Rule the Music Industry Or…? Attending for the panel were singers Katie Melua and VV Brown, DJ Goldierocks, music artist manager Cassandra Gracey from Turn First Artists, and the panel chair- Krissi Murison – a British music journalist and former editor of the NME.

The debate explored a women’s place in the music industry. Its scary when you break down music industry stereotypes where men take all the A&R jobs and record label head roles, whilst women stick to more female friendly areas of PR, marketing and styling. Former NME editor Krissi told of episodes where female A&R’s at the side of the stage were often mistaken for groupies on the road. Considering the music industry is made up of 30% women, Katie said it was better than many countries she had grown up in, and especially when you consider how quickly women have fought for a right to other areas of equality, I.E its only been 95 years since women in the UK have been able to buy property.

Lara Baker- Organiser of the AIM Independent Music Awards blogged ‘’ Statistics consistently show that women in music earn less than their male counterparts. Despite the music industry signing up to UK Music’s Equality and Diversity Charter at the beginning of 2012, there is little sign of things improving. UK Music’s Equality and Diversity Charter is a really positive step, but whether the many organisations and companies that signed up to it will actually take action, I’m not sure. PRS for Music have been active in organising events for women in the industry, and a number of informal networking groups have become established. The 30 Percent Club, whilst not focused on the music industry, is working hard to get more women onto corporate boards, with some exciting initiatives underway to make this a reality’’

VV Brown told us that she had just set up her own label and suggested that whilst it could be frustrating for some that female music stars were often judged on their dresses instead of their musical talent, she was grateful to the part fashion had played in her own career path

“fashion played massive part in my career. At one point I was doing more M&S ads than music and it kept me out there and paid my bills”

However, the conversation became heated when they opened up that topic of “do u think being beautiful helps or hinders your career? It was inevitable that Miley Cyrus and Rihanna and their consistent pornograph-ication of teenagers would come up. VV stated,

“we have a responsibility to other younger women and having thousands of Disney fans who adore you and follow you means that the twerking episode was just not cool. If you have millions of Disney fans, and then you’re on a wrecking ball suggesting you’re giving a blow job it’s just not on ”

The question was asked as to whether Miley and her ilk should take responsibility for the way they dress? Katie disagreed “I don’t think they should. My only responsibility is to make music that I love” Katie added “I found Sinead O Connors letter to Miley condescending”
DJ Goldirocks was clear “as women we have a responsibility full stop, when female pop stars do sexy shoots are we advertising that we don’t take our music as seriously?’’
VV agreed “Overtly sexual images dilute the music” this point was underlined as an audience member reminded us ‘’ the two biggest female acts in recent history, from the UK in the USA are Adele and Sade. They didn’t have to get their kit off’’, others added ‘‘if u feed the public the dress/naked shot, that’s what they’ll write about.

’It’s much easier to get a female music act press in paper than a male. Here is where females do have an unfair advantage!’’

Next everyone debated about how much Miley and Riri have a say in what they’re doing? Some said none-it was all male record label heads encouraging flesh and sex themes, others disagreed vehemently and said the girls knew exactly what they were doing and are much more smart and clued up than we’d like to believe. Cassandra who looks after Ellie Golding and Rita Ora said she was happy for her clients to do sexy PR shoots if they’re comfortable with it.
Suggestions to move females up higher in the industry included starting a mentoring for females in music organization, and a few suggested women who wanted to go into the radio world should join organisations like Soundwomen.org

I personally found the whole evening slightly disappointing. The idea to empower and bring together professional women was a great one, but the result was a room full of women resigned to the fact that men ran this industry. All their experiences seemed to be negative and as an aside-I was one of only 3 non-white women in the room.
My personal experience in the industry has always been very positive. I got a foot on the ladder as Channel 4 was looking for a female to present a music entertainment show. Whilst at MTV all my senior mentors except one were powerful, strong yet feminine women like our Senior Vice President Fleur Sarfaty, Harriet Brand and Heather Jones. I think your experience as a female depends on your employer as a brand. MTV and Channel 4 were always very proactive with diversity initiatives and championed women at all levels of the workplace.

Instead of conforming to the cliché of women gathering to discuss business, but then the majority of the conversation dwelling on sexuality and fashion was poor. Why not ask questions like; what does the unequal balance of male female stats in the music industry mean and how does it affect us? What have our experiences all across the industry been- not just as performers and artist managers? Why weren’t women that should’ve been on the panel like one of the UK music business’s few truly powerful women, AIM Chairman and CEO Alison Wenham, who received an OBE recently for services to the creative industries? How about Fleur Sarfaty? What about Lee Ellen Newman- Vice President, International Promotions at Universal Music Group, MOBO CEO Kanya King, Senior press officer at Warner music- Taponeswa Mavunga, former music artist now music marketing specialist Cookie Pryce? Why do women drop out at a certain age? Is it as simple as leaving to focus on building a family, personal reasons or deeper reasons of being over looked professionally? Also, there should’ve been a man on the panel- a head that has a strong line up of females in his team like Mervyn Lyn (former VP strategic partnerships at Sony Music Entertainment UK)

Music is an industry that’s always been maverick and never played by the rules. The men at the top fear women of a certain age in case they want maternity leave; they let guilt ridden female HR departments often carry out their dirty work. Women who go off to have families are carefully demoted and treated like 3rd class citizens on returning to the workplace. Will this ever be anything more than the old boys club? Only if we fight for our positions at the top, call out all injustices in diversity, champion women that need a hand up the ladder and if we ever reach the perilous heights at the top, reach down and help pull another sister up!