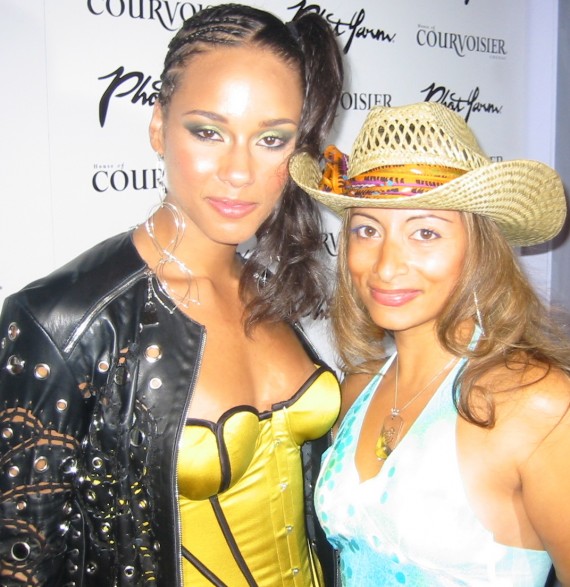 So we ended the year with positive vibes, congratulating those that had made a mark on society and their field of business. But it’s the New Year and time for some real talk. Here is the Dotiwala NOT the New Years Honours list.

I am all about the hustle, making paper, getting caked, call it what you will. But you’ve got to be able to do it honorably or your reputation suffers and people stop respecting your moves.

Given the “any revenue is good revenue” mantra adapted by the music biz in the wake of the digital revolution, that is, make money by any means necessary; the product placement monster is now on steroids! It’s always been about being all about the Benjamin’s in hip-hop but have we gone too far? For people whose definition of success is directly related to their assets you can never go too far. They’ll travel to Timbuktu for their free lunch- not recalling that there’s no such thing as a free lunch. These days it’s all about blowing money fast (Rick Ross), straight cash and buko money (French Montana).

I recall at every company I’ve ever worked at that we have long sessions with corporate lawyers telling us not to ever accept payola or gifts worth over £200 from external clients, as that’s when we would be hauled over a furnace and given our marching orders. But no such rules nowadays for celebs and products.

People and extra curricular partnerships will always exist. Head of not very huge company decides to approach a very famous celeb with a huge cant say no offer to be their brand ambassador. There are so many good successful stories. Adidas and David Beckham, Beyonce (and every other female star) and L O’real, Puffy and Ciroc vodka, Pepsi and Nike in the movie back to the future, Manolo Blahnik and Sex and the City, Beyonce with Pepsi, Taylor Swift for diet coke, the list goes on and on.

Rihannas partnership with River Island works as all the clothes actually do look like they were designed by Riri (or her stylist-no matter), her fans buy into it as the River Island mannequins look like her. Also we believe Lady Gaga and diet coke go together-just look at how skinny this chic is now!

The biggest success story of recent years which made every music manager look up and have their head spin around 360 degrees was the now blueprint deal of rapper 50 Cent’s deal with Vitamin Water manufacturer Glaceau. In the early 2000s, Vitamin Water was attempting to break out beyond the health food market. Fitness buff 50 Cent, then the hottest rapper in the world, had been seen drinking the vitamin water and paying for it regularly himself, so the company approached him for a plug. Thanks to the foresight of his late manager, Chris Lighty, instead of a hired spokesman, 50 became a full creative partner with a signature flavor — Formula 50 — and a minority share of the company. With his involvement, the drink took off, and when Coca-Cola acquired Glaceau for $4.1 billion, 50 saw his personal portfolio swell by a reported $100 million. Now that’s a real believe deal.

Music industry stalwart Steve Stoute, recently named Ad Age’s 2013 executive of the year, jumped ship from Interscope as head of urban music in 2004 to found the Translation advertising agency, which was instrumental in bringing Justin Timberlake to Bud Light beer and many other music stars to mainstream brands.
Suddenly failed A&R men worldwide decided they would all do a Steve Stoute and act as a conduit between celebrities and brands. (Basically pimp out their music mates for 20% commission). Don’t let anyone tell you its all business. Real business managers see their act and a brand that elevates their client and enhances their reputation. A pimp manager reads that brand XYZ has millions and will spin any angle to make their client fit. Forcing a square into a circular hole.

There have been some messy examples. MTV signing up ambassadors that don’t necessarily support the pro-social cause but want more MTV exposure.
Similarly, there are horrible examples like Alicia Keys, for example, who raised some eyebrows and had us all roaring with ‘’she took the cheque’’ laughter when she was announced as ‘’creative directorship at Blackberry’’. We laughed harder a few weeks later when a post on her personal Twitter account was marked “sent from my iPhone.” (She claims she was hacked)

Dan Charnas, author of “The Big Payback: The History of the Business of Hip-Hop,” says

‘’when has Alicia Keys ever had the aesthetic to be a creative director of anything except an album? “It’s a title that makes the artist feel better about any misgivings they have about whoring themselves out to a company. But the fact of the matter is, if it’s a good combination, if it’s organic, then there’s nothing whorish about it. There’s absolutely nothing wrong with it, especially in this environment.”

Similarly when James Bond actor Daniel Craig started lyricizing positively about Heineken we all sat up and dropped our shaken not stirred martinis in disbelief. More eyebrows were raised when world sprint champ Usain Bolt paired up with Richard Bransons Virgin brand, the fastest man on earth married to the slowest internet provider online. He took the cheque. You gotta admire their balls.

My personal shudder factor goes into overdrive at gifting rooms at awards shows. Basically, a huge room backstage where minor celebs sprint to be gifted free stuff. Usually lingerie, drinks, mobile phones and sports brands. You’ll never find a bonafide superstar in these rooms as they either have things gifted discreetly or can buy it for themselves with no shame of prostituting themselves out to brands who pray they will tweet about them. I was at a gifting room this year when a c list DJ on a small radio station was grabbing stuff for his mums, wife’s and sisters Christmas presents. Cheap or clever? 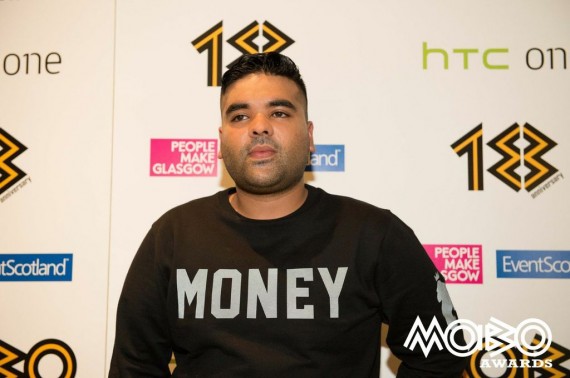 NAUGHTY BOY KEEPS IT REAL AND BUYS HIS OWN CHICKEN.

Naughty Boy told me this year he didn’t want a Nandos black card as he could afford to buy all the chicken in the world and still sleep at night knowing he hadn’t pimped himself out. A slap in the face to the teamUK lads all tweeting about their Nandos black cards.

Celebs will take the cheque for doing no work at all. A simple tweet can earn thousands. Snoop Dogg gave props on Twitter to an ad for the Toyota Sienna minivan. Actress Tori Spelling linked to a website for rental cars. And reality TV star Khloe Kardashian gushed about the brand of jeans that accentuates the famous Kardashian behind. “Want to know how Old Navy makes your butt look scary good? Ask a Kardahian,” Khloe tweeted. Cringe!
A tweet from Khloe Kardashian Odom costs about $8,000, and one from singer Ray J is about $2,300, according to prices listed by social media marketer Izea.

Most intelligent clued up punters can probably tell when they are being sold fake product placement. If they don’t, they deserve the crap they’re buying.

VARIETY tells us that Steve Angello, one-third of the recently-disbanded Swedish House Mafia, wasted little time after the supergroup’s spring farewell tour to begin setting up his solo-career brand deals. Before even revealing album-release dates or touring plans, he went public with a partnership with Kraft, (foods) for which he will help promote a new energy drink dubbed MiO, designing a signature flavor and debuting new music on the company’s platform. He says without the ability to be creatively involved with the product and the marketing campaign, it wouldn’t have made sense.

“It’s just hard to find big brands like Kraft foods that are willing to be creative,” he says. “I’ve been approached in the past by big brands to do something weird that wouldn’t fit me. “If a cell phone brand came to me and asked, ‘do you want to be involved?’ I’d say ‘sure, but can I change the phones?’ … I don’t think you could really just put a product in my hand just for cash.”

Not all stars agree. This past fortnight a whole host of superstars from John Travolta, Faye Dunaway, Jerry Hall, Lindsay Lohan, Queen Latifah, Jermaine Dupri, Diana Ross and more all turned up to a young South Asian Princes New Years Eve party at The Dorchester. Can you imagine being so desperate to surround yourself with celebrities that you pay them all to simply turn up? And I’m not talking expenses; they’re receiving between £100,000 and over a million depending on what they’re prepared to do. Turn up/ turn up/sit on his table/ turn up/sing. Also, how desperate for a pay cheque do these celebs have to be to accept as opposed to spending this special time of year with their own nearest and dearest? Says a lot about what money can buy. Yes it can buy you celebs but not happiness!

So my NOT the New Year Honours List awards go to all the celebs picking up cash for a short term financial fix, but that have sold their souls and reputations down the line and to all the brands paying them big bucks- congratulations- you just threw your hard earned cash down the pan! 2014 is a year to honestly value yourself and your brands better. A pay off in 2014 wont help you sleep at night when you’re broke and a laughing stock in 2015.
Me? Bitter? Yes a little.