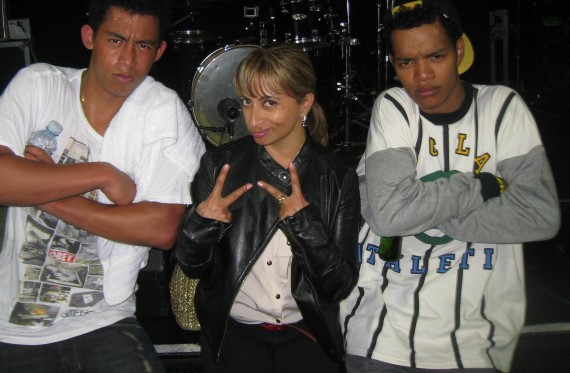 2 weeks away from the MOBO AWARDS 2011 where we once again celebrate and take pride in all our urban music acts have achieved this past 12 months.

Its important to note that an overly large percentage of young people want to be instant superstars these days with many lured to the dream job of becoming a music star.

The only way you should contemplate this road is if you really have some musical talent because believe me, many can become a one hit wonder and over night success on a catchy hit song or a cute ass. I have seen a distinct change in music acts from the days in the early nineties when I started at MTV to the caliber of talent now and trust me, its incomparable. Back then acts were truly passionate about the musical content they made and struggled for years to perfect their art both in the studio and live. Nowadays public opinion assumes that due to shows like X FACTOR that overnight success is something that’s owed to them if they simply reach out to people informing them that they are a singer.

2 decades ago I observed acts like Dr Dre, Take That and Mariah Carey in their studio’s song write, produce and perform their hearts out. These acts have still been relevant 2 decades later but establishments are handing out lifetime achievement accolades to younger acts like Britney. Seriously? Every act that tried to be a copycat Dre, Take That or Mariah arrived on the charts, caused a media stir for a minute and approximately 5 years down the line wasn’t heard from musically again. Many music platforms forget that legends have had a multitude of copycat acts follow in their paths. Can anyone deny that Usher, Chris Brown, Ne-Yo and Sisqo all wanted to be Michael Jackson? Can we really not see Mariah-isms in Christina Aguilera, Leona Lewis and Jessica Simpson? How about Boyz II Men influencing the JLS, Damage’s and Dru Hill’s of the world? Exactly! Homage should be paid. The MOBO family is doing just that by honoring Boyz II Men this year and I for one cant wait to break out into some old skool swing beat dances when they hit that stage in Glasgow!. 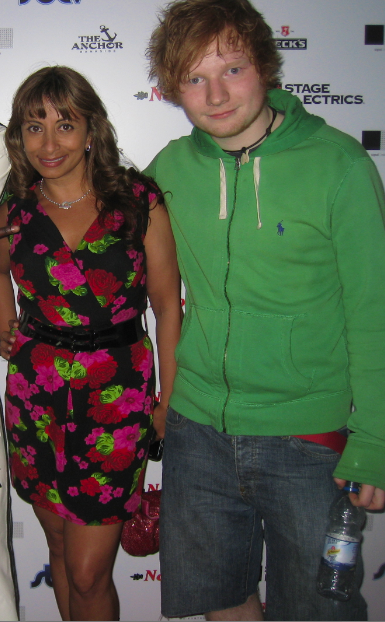 As you know I have special authorization to check out the voting process and I’m particularly intrigued by the BEST NEWCOMER category where its full sprint ahead for Ed Sheeran and Jessie J fans in their thousands nearly neck and neck, whilst Wretch32 and Yasmin are lagging a way behind with Loickk Essiens team needing to step it up cos his score was practically nil points!. I’m going online to vote again now!

I attended the BBC PANEL NEW BRAVE WORLD SERVICE evening where key figure heads from BBC NEWS, the foreign office and media debated the future of the BBC WORLD SERVIVE once its funding moves from the foreign office to in-house at the beeb. There were many passionate speakers including BBC world news editor Jon Williams, Asian editor of BBC world Rita Payne and director of BBC news peter Horrocks as well as a legion of former high profile foreign news correspondents like Martin Bell in the audience sat amongst us. The evening was held at the very impressive stately Marlborough house in Pall Mall where we were greeted on arrival by the sounds of a string orchestra. The debate was held in a large reception room so stunning that the wall showcased historical tapestries whilst the ceiling resembled a Michael Angelo fresco painted Sistine chapel style ceiling.

It was a lively debate where Rita was most impressive crusading for the things we all regularly complain about including ‘’The world service should counter stereotypes that many media portray about foreigners…. there used to be an old skool pride in the BBC world service but now there is disharmony amongst the diaspora for black & white stories’’. As we’ll as telling us amazing anecdotes of her time reporting from across the globe Rita also mentioned a story that stood out where she explained that ethnic groups were wrongly and unfairly treated, for example ‘’All the Muslim groups that helped police eradicate extremists from the Finsbury Park mosque were then demonized and had their funds cut by the government and media meaning that a whole community had been tarred unfairly when many are peace loving Brits’’.

Rita also mentioned another point my peers and I have been complaining about for years in that anytime a story of ethic interest or focus breaks that the same ‘’talking head pundits’’ from the BBC’s black contact book are circulated from programme to programme’’ that have no connection and are out of touch with the communities they claim to be speaking on behalf of. She highlighted the need to ‘’bring in on screen new perspectives from people that were more in touch’’. At that point I thought ‘ This is why the Cultural Diversity Network’ is so vital to us all!. If you are an aspiring or regular media player-join it!

Director Peter Horrocks reiterated the difference between an old skool journo and new explaining that ‘’Old school journo’s just delivered one platform. Now they deliver brilliant stories across all platforms including on air, on line, radio and beyond’’.

Also discussed was the issue of whether UK license fee payers would be happy paying for BBC world service from 2014- a service they can’t even get here themselves!

A quote mentioned on the night by Rita which I loved and will keep is ‘’Understanding the past, challenging the present and shaping the future’’.

Jon Williams revealed that the British public clearly still had a huge appetite for foreign news citing that the 3 highest rating stories in the UK for domestic audiences this year were; the Japan earthquake, the attacks in Norway and the Arab Spring news.

The panel also advised why the BBC are socially and morally conscious as ‘’we-the BBC has an obligation both to local and domestic services to stay in foreign places long after other reporters have left the scene’’. I myself am extremely proud of the BBC WORLD SERVICE when I’m abroad with my family in Asia and Africa when never does a day start without tem tuning in- that’s quality reputation when domestic residents turn to the BBC to hear trustworthy unbiased news about their own country before their own local news networks- I say value the BBC WORLD SERVICE cos without it our ‘’great British media rep’’ is slowly being cut away. 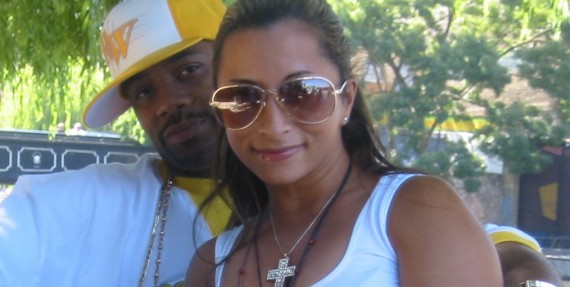 JASMINE WITH HER OLD MATE AND UMS SUPPORTER DAMON DASH

The buzz and excitement about this years ULTIMATE SEMINAR which will be held at the 02 on 23RD OCTOBER has begun! Bought to you by the original Urban Music Seminar Group, a new and exciting series of summits re-emerge with a showcase debut featuring music in front and behind the scenes talent like Rizzle Kicks, Mz Bratt, Fem Fel, RD, Richard Antwi (Levels Entertainment/ Wretch32) and from sporting worlds people like Bradley Wright Philips (CAFC), Marc Bircham (QPR), dean Morgan (chesterfield FC), and more. Last year they had international video director Jake Nava and producer/artist labyrinth. A few years ago they had Damon dash, who knows who could spring up this year! The event aims to empower young adults through a series of mentoring panels within the creative and sport industries.  The Ultimate Seminar will enable attendees to learn valuable business tools and insights, have networking opportunities, and hear inspirational stories from those already established. The aim is to inspire, motivate and encourage today’s young adults to be successful, confident and business minded individuals. Guiding them to reach their full potential within their chosen career path. The Ultimate Seminar hopes to become the UK’s alternative answer to the careers advice services for the creative and sport industry. It promises to deliver credible speakers, inspiring life stories and debates to help empower future generations.People can register on line for tickets at

http://www.britishmusicexperience.com/theultimateseminar/ they say it’s about linking those who’ve made it with those that want to make it. I wanna make it-so I will be there!

Finally at LONDON360 NEWS we are currently exploring the themes related to gun crime in the UK and are interested in finding out how online content impacts the whole debate. Almost every gang has its own webpage and members co-ordinate campaigns of cyber bullying in which they force opponents who have strayed on to their turf to perform degrading acts and then upload them for the world to see. And the threats do not just exist in cyperspace but get played out in real terms on the streets in stabbings and shootings, leading to young men having to be “ghosted away” from their communities to safety. The internet has opened a chilling new chapter in the story of London gangs and is becoming a way of life, according to a special project manager at the Makeda Weaver Project, (a pan-London programme which helps free young people from the clutches of gangs). I would like to get your opinions on this as well speak to some of the young people out there regarding their opinions on the matter.

Here’s what my contacts at youtube told me this week regards their position on the violent content; ‘’YouTube guidelines ban content featuring violence, hate speech and incitement to commit crime. Users who see a video they believe is inappropriate can flag it to our staff, who review it immediately. Any content found to violate our policies is removed from YouTube immediately.”

By highlighting this content we are making a stand to ensure this content comes off our UK platforms and so if you find your YOUTUBE channel has been shutdown, you know we are moving to cleaning up our young peoples worlds. Peace. Literally.