Today on The Scene, Jasmine Dotiwala talks apprenticeships, breaking into media and the Afrobeats movement in the music industry. 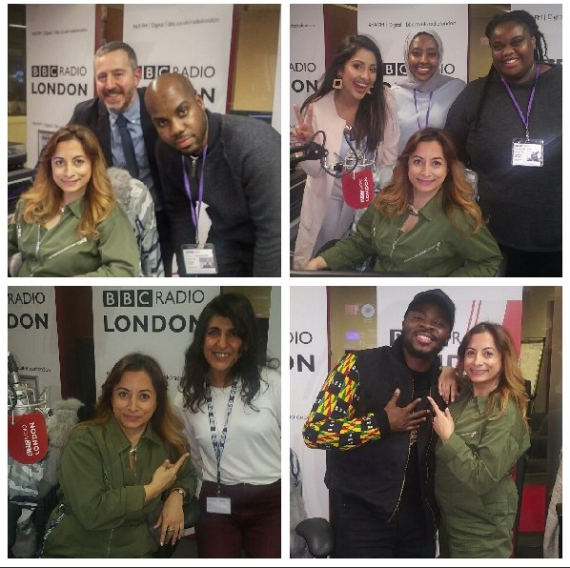 First up are Gennaro Costaldo and Ramon Lewis of the Brits Apprenticeship scheme that gives 10 people of all backgrounds the opportunity to develop a career in music with training and mentoring. 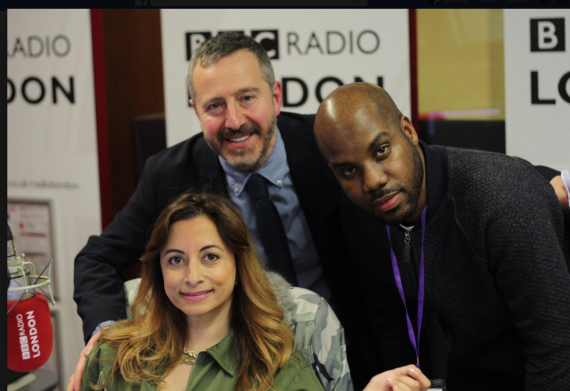 JASMINE WITH GEANNARO CASALDO FROM THE BPI AND RAMON LEWIS-AN APPRENTICE ON THE BRITS APPRENTICESHIP SCHEME.

Apprentice Ramon Lewis explains how he became an apprentice at Key Production, and how he went from working in office support to being a core part of the BRITS, being invited to flashy events and rubbing shoulders with important people in the industry.
He now manages the company’s social media network, helping to represent the face of the business. He explains his roles in exercising due diligence and how he has grown in maturity and professionalism because of the scheme.

Gennaro Costaldo, communications manager at the Brits explains how £21million is raised by one BRIT Awards show alone, which then allows for the existence of BRIT school, the famous school for people trying to break into the entertainment industry. It also funds musical charities such as ‘Music Support’, an incentive that deals with mental wellbeing, addictive behaviours and the pressures that come with working in the industry. He describes how proud he is to be able to extend the money to fund young people like Ramon, who have no experience in the field.

With less than a month left of Ramon’s apprenticeship, Gennaro explains that to get a job in the music industry you must be passionate with a real desire to get on, never take no for an answer and be ready to delve into the many facets of the industry. He says there is a role for everyone!
To keep up with the adventures of the current Brit apprentices, head to the Brit Trust website where monthly blogs are written about their journeys.
——— 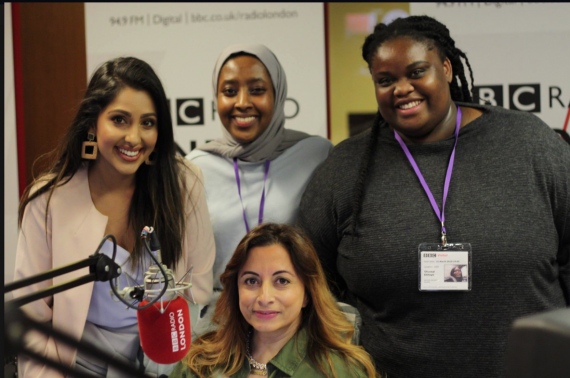 Next to feature on the show speaking on Breaking into News media and journalism are Monika Plaha, Hadeel Elshak and Tobi Iji.
Tobi – Project Coordinator at Media Trust -who champions diversity- describes Breaking Into News as an 8-year running programme aimed at anyone who has a local story to tell.

She mentions amazing stories previously made by finalists such as one in Wales about people who only speak the local language, another about how Brexit would affect the Polish community, and even one about the rise of eco-burials.

Monika says she entered whilst in her second year of university, explaining how she had applied for hundreds of internships and got rejected from each one. She managed to get an internship as a crime journalist in Malaysia, however what happened when she was there would be the basis of her application. She explains how walking around shopping centres in Malaysia she would be approached by vendors asking if she wanted to lighten her skin. Scrolling through social media to see how she could get her story out was when she came across the Breaking Into News ad. Monika who is now a journalist for BBC Breakfast describes how great of an experience being accepted was. She says even 7 years later, it was the biggest breakthrough of her career.

20-year-old university student Hadeel was also accepted onto the scheme managed to work with ITV News to tell a story that has impacted her greatly; Grenfell. Her story focused on the politicisation of the tragedy and the distrust of the system that many of its victims felt. Hadeel says her story on Grenfell was not about her but rather it was an opportunity to narrate stories of others as well as show local venues in Harrow that she felt needed to be on TV.

Breaking Into News allows for those who have had no experience in the media to research and cover a unique passion point, be mentored through the process all whilst being taught the fundamentals of newsrooms and TV journalism.

Apply for Breaking Into News by going to the website and submitting a short written or video application of an interesting story that packs a punch and hasn’t ever been told before!
———————– 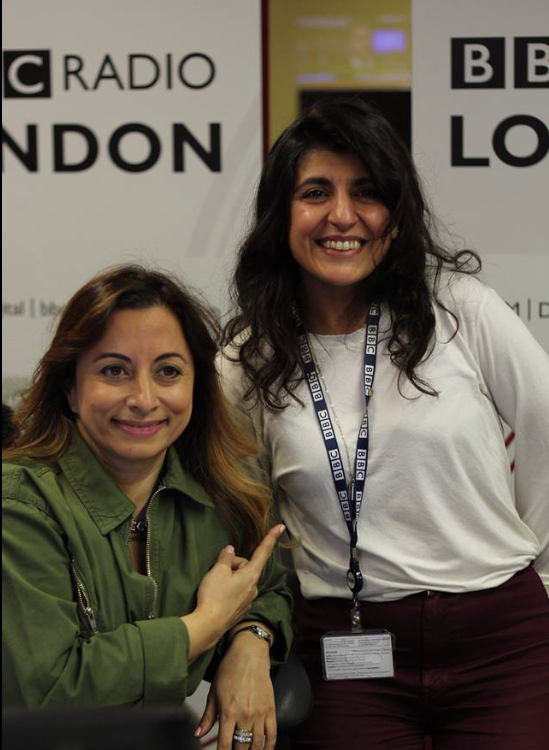 JASMINE WITH SHEYMA BUALI- DIRECTOR OF THE BBC ARABIC FESTIVAL.

Next on the show is Sheyma Bulai, London-based writer specialising in cinema, visual and urban cultures from the Middle East. Bulai is also the director of BBC Arabic festival.

The Arabic Festival Bulai explains, is one that documents films by international directors about current situations in the Arab world reflecting social and political issues.

She goes on to talk about of the wave that is showing more and more Arabic people speaking on adverse issues such as sexism but recognises the broadcast rules that bypass the local rules of Arabic countries; places where many have a fear of the camera.

The BBC Arabic Festival shows a rise of stories where females are the protagonists, and Bulai explains that many are actually written by men themselves, such as ‘Sabeya’, a fictional story reflecting an elderly women trying to ensure her granddaughter does not get abducted by Yazidi ISIS members. The range of stories however Bulai says is very wide.

The film festival is the only one that takes place at the BBC Broadcasting House and open to all types of people! Get your tickets here: http://www.brittrust.co.uk/apprenticeships/.
———- 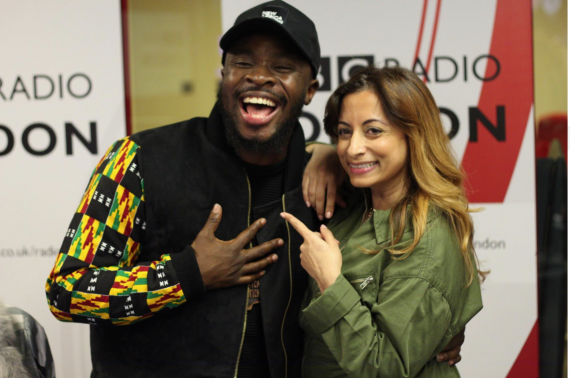 Lastly on the show is Nana Richard Abiona also known as Fuse ODG, internationally-renowned recording artist, Afrobeats musician and pop-culture infulencer.
Fuse, who grew up between Ghana and London and who rose to fame with smash hit song ‘Azonto’ in 2003 begins by detailing the disparities between the places he grew up which would be the motivation of his career.

He explains that unlike Ghana, in the U.K. he would be seen as the Black, African boy whose representation in the country was not always the best. He overcame bullying in school by standing up for himself when picked on for his accent and the perception of him as an African that many had through the media (namely, African children in adverts with flies hovering around mouths). He says he could understand why people treated him the way that they did, but also how through his musical representation he was able to take a stand for the ‘African kid’ in him.

His first inspiration to make music was his desire to go back to Ghana to be at one with the music, food and culture. Once he finally went he says he was astounded by the ‘world-class’ talent and knew he had to do something to shift the perception of Londoners who knew only about giving money to charities for ‘poor’ African children.

Fuse ODG says he wanted to create music that would move and capture people the way he was by those in Ghana. He decided to take a popular dance in the country and made a song that he would release in London. Dance number ‘Azonto’ influenced people around the world including Beyonce, Kanye West and former Prime Minister David Cameron.

Going on to produce more hit singles, Fuse ODG says the secret to his musical success is simply ‘good vibes’. He believes his purpose is higher than just music and explains that he and team have a spiritually led goal to bring awareness of Africa and the goodness it has to display to the wider world. He says Africa is not a poverty stricken place, but rather one that you can go on holiday to, have fun and conduct business in.

He has managed to create ‘proud Africans’ of his musical movement both in the Western world and what he now refers to as the ‘new’ Africa.

Explaining why he turned down a proposition by Sir Bob Geldof to make a big appearance on Band Aid 30, he says that despite how amazing the opportunity would be to be on the same bill as artists such a Ed Sheeran and One Direction, his purpose was to steer away from the very media outlets who portrayed people like him in a stereo-typical light.

His first priority he explains, was not to encourage people to give £2 a month and move on with their lives but to encourage them to see the value in spending holidays in Africa as they would in places like Vegas, and giving their money in more meaningful and fun ways. He describes the ‘crippling’ effect of movements like Band-Aid that use lyrics such as ‘bring peace and joy to West Africa’ – as if there is none.

He went on to challenge Sir Bob Geldof’s lyric, asking if it would be possible to change the lyrics and visual representation. Once Geldof refused, Fuse declined the offer, saying he could not believe what he had just done, but was proud that he stood for Ghana and has in the long run been a part of a group of leaders that have managed to change the perception of Africa in other ways.

Fuse ODG who has been building schools in Ghana since 2007 amongst other incentives, says he wants to build a new love for Africa that will allow the continent to make headlines the way European countries do when disasters strike. He has received immense support for his charities including from Ed Sheeran who gave back to by buying a bus and even helping to build a bridge. However, Fuse said he wanted to have a word with his pal Ed as he had made yet another Comic Relief story this year which Fuse didn’t approve of.

Fuse ODG is busy with many projects that include as his clothing brand, ‘New Africa Nation’, manufacturing Black Barbie-type dolls depicting historical black figures, and his ‘T.I.N.A’ festival based in Africa with past performances from the likes of Lethal Bizzle and Joey B. Listen to Fuse ODG’s new album ‘New Africa Nation’ with features from Damian Marley and Stefflon Don.
——
Review by Lucrece Grehoua