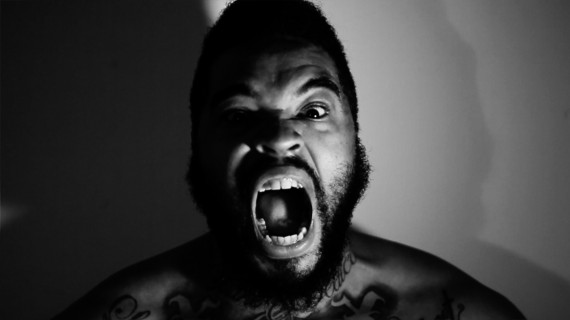 Rapper Genesis Elijah was inspired at the age of ten by Wu Tang and Ice Cube. Little did he know back then that his future would see him working with KRS-1. In the UK he’s worked with everyone from Skinnyman and Sway to Blak Twang.
Elijah is an act that has toured nationally around the UK in spots like Manchester, Swindon and Southampton, as well as internationally in places like Spain.

He released a mixtape in 2006 for his steady fanbase who were disappointed when he then decided to withdraw for a while from the music scene, but he was of course, eventually, magnetically drawn back.

Elijah then delivered an album titled Before I was famous with the Krate Krusaders and as testament to his focus, his body is covered in tattoos that read discipline, justice, dedication and liberty. 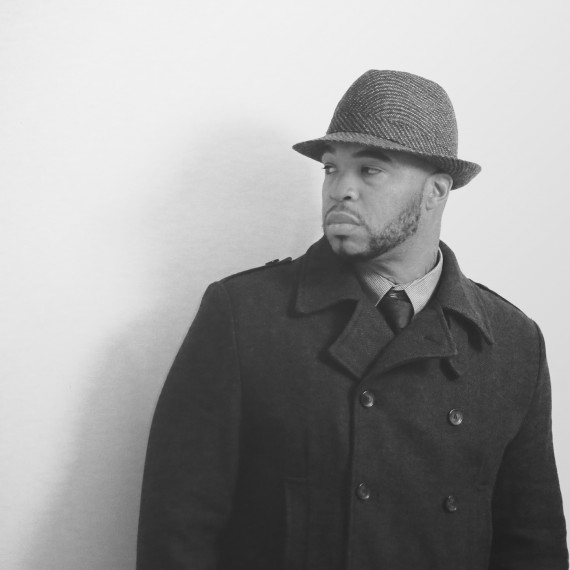 1. Where did you grow up and what was the environment like?

I grew up in Brixton South London. I had a very contrasting upbringing. I was raised in a very strict Christian household where we had no TV and secular music wasn’t allowed, but my uncles and cousins would listen to Big Daddy Kane and NWA and also I would get music from my friends at school. Around my friends I’d be cussing and fighting but at home time would be praying and reading bible stories. Inside I would be singing and outside the riots were happening. It was a strange time but I learnt a lot about people.

2. What was it that attracted you to hip-hop?

These guys were rebels to me. They didn’t give a fuck. They were adults but not like the adults I was used to being around. They were saying things I didn’t even understand but I wanted to understand. I loved the way rappers dressed, their hair, the jewelry everything.

3. When did you start making music and what kind of things were you writing about?

I think I wrote my first rhyme at around 10 years old. Ice Cube dropped Amerikkkaz Most Wanted the year before and I had played it non-stop and Dre had just dropped The Chronic. I was obsessed with Snoop. He used spell out “The D-O-Double G” so I wrote a rhyme calling myself “The N-A-Double T”. My real name is Nathaniel but my family call me Nat so I started spelling it with two T’s cos it looked better and still do to this day. My rhymes were really just disses to imaginary foes with the most amount of “motherfuckers” and “niggaz” I could fit in a bar haha. One day my mother found my rhyme books and threw them all out. As I got a bit older I started talking more about social issues then made some songs about my friends but at the time I hadn’t really found my identity so my rhymes didn’t really have any direction. In those early years I wasn’t really focused on content and I was just focused on the actual skill of rhyming. I made my own rhyming dictionary and would also write down any punch lines I could think of and pretty much all I would do everyday is think about rhymes and punch lines.

4. How did your writing progress as you got older?

Well I found myself. I spent years listening to other artists and being inspired by them to point where I would here Eminem then I would start rapping all intricate then I would listed to Common and would rap more afrocentric and then listen to Mobb Deep and get all thugged out etc. It took a while for me to just get comfortable being me and as soon as that happened my song writing just went to a different level. I became more self-aware as a person and that just translated to who I was as an artist. I think that intern just helped people to relate to me because now they knew who I really was.

5. How has your sound changed?

I think I’m a lot more open to new sounds now. I won’t limit myself to one sound now. If a beat sounds good I’ll use it. When I was younger I’d turn down beats for sounding too pop or too American or whatever because I was very conscious about what my supporters would think. Now I really don’t care what anyone thinks. My real supporters are smart enough to understand I need to grow as an artist. I dropped a track called Karma which was nothing like anything I’d done before and got the most amount of love from die hard supporters and that just validated everything for me. I am a hip-hop artist but I don’t just make hip-hop.

6. What do you think of the new crop of Hip-Hop artist like Drake, Young Thug, Future, Kevin Gates etc?

I really like most new music. I like the energy. It reminds me of why I started listening to hip-hop in the first place. A bunch of young guys just not giving a fuck. I hear people complaining about not understanding what they’re saying and its funny cos that’s thing my mum used to say about the music I make. I think you have to get to a point when you realise some music just isn’t made for you. Let them do their thing.

7. As an underground artist in a small scene were you able to make any money?

I made a little bit of money from my first deal but not enough to quit my 9 to 5. I didn’t really make money until I started selling CD’s on the street. Some of my boys were already doing it so I wanted to see if it could work. I pressed up my mix tape and went into central London and started selling them to shoppers. I was selling them for £5 each and at first would sell about 20 a day. After while when I got better at selling it went up to about 30 then once I got my music video on to TV sales just went crazy. I had days where I’d sell 100 CD’s. My CD manufacturer couldn’t believe how fast I was getting through them. From 2006 to 2009 I sold around 20,000 CD’s. 2006 was the last time I worked a 9 to 5. The only reason I actually stopped was because I was spending so much time selling CD’s all around the country I didn’t have any time to actually make any new music. Around the time I stopped selling the game was on the way down anyway. There were so many CD sellers it was getting saturated plus CD’s were on the way out.

8. As consumers have moved away from hard copies how have you been able to make money of music?

I kind of sat back and took a look at the ways that money could be made from music and then basically tried to do em all. So obviously I’ll always make money from shows but I also looked at things like music production and getting music synced to movies and adverts. I then started shooting music videos for myself and other artists and that became a separate career in itself. I also started a clothing line and got in to graphic design. My thinking is I may not be able to make £10,000 in one go but if I know I can find a way to make £1000 10 times and then it’s just a matter of scalability. Seeing what works and doing more of it.

9. Any plans to sign to a major or even a big independent record label?

I’d love to be signed. I’d love to just have management. Sometimes the weight of putting a project out yourself while knowing it’s not going to get the push it deserves can be a bit soul destroying but I always tell myself the people that need to hear it will hear it. Like fate will bring it to the right people. You never know who’s hands your music will end up in and I’ve had people like Ricky Gervais push my music to Gary Vaynerchuck use my songs on his videos as well as having movie directors request music for films. If the right deal comes a long then I’ll take it. I’m very realistic about those chances and if it doesn’t happen I’ll know I’ll be fine regardless but like anything in life it’s nice to have some help. It would be cool to know that a label believes in my music enough to invest some money in it but if not I’ll just keep investing mine.

10. Do you ever see yourself leaving the music industry?

No. I love music. Regardless of all the other things I do outside of music, music is my foundation. Without music nothing else can really happen. Music gives me a voice. It gives me a platform and from there I’m able to capitalise on opportunities that come to me. Making music is the only thing that never seems like work to me. It’s something I would do even if I never got paid for it and the majority of the time I don’t get paid for it. I’m very grateful for the position I’m in because I know how hard I’ve worked to get here. Even if the place I am doesn’t seem far to others to me it’s been a life long journey. I may never be a worldwide household name selling millions of albums but I know my music had an impact on a few lives. I’ve seen places I would never have seen without music and have been able to give my family a good life. Long after people stop checking for me and this little bit of hype dies down you can bet I’ll still be writing rhymes doing shows and connecting with people who love real music. This is what I was born to do.