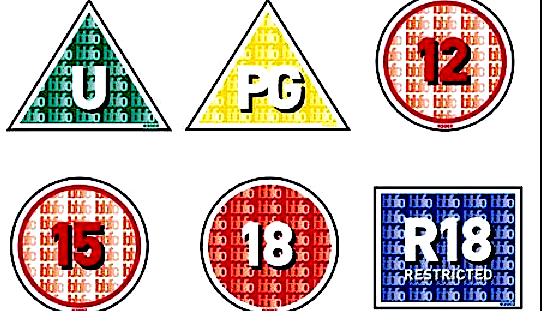 Usually nothing David Cameron says affects the music industry. This week he’s shaken the whole UK scene up by announcing that from October, music videos will go through the same classification system as films and other video content, in an attempt to give parents more information to protect children from “graphic content”.

The voluntary pilot will involve the big three music labels in the UK – Sony, Universal and Warner Music – as well as the British Board of Classification (BBFC), YouTube and music video platform Vevo. The big three labels will conduct the pilot, but the BPI, which represents Sony, Universal and Warner Music and more than 300 independent music companies, expects that all music labels will adopt the system once finalised. It will run for three months, kicking off in October.

The music labels will submit music videos that they consider could contain content that should be classified as for age 12 or over, using BBFC guidelines. The BBFC will then rate the videos as it does with other content, for which the labels will pay a fee to cover the cost of rating in the same way that the film industry currently does. The rating process should take around 24 hours.

A rating of 12, 15 or 18 will be assigned to the music video and passed on to the label. Videos deemed not to include objectionable content for children under 12 will not be classified.
The three-month pilot is intended to finalise a system that works for rating the videos and having the data tagged to them when uploaded to say they are classified. For the initial trial it will simply be a notification on the video of an age classification.

After the three-month trial it is expected that YouTube and Vevo, as well as other video hosting services, will look at developing parental control filters that screen out videos marked as inappropriate for children of specific age ranges.

When I first heard this I had two reactions; both negative and positive…

From a negative point of view – David Cameron –seems to have a very out-dated way of thinking. He suggested that people ‘’buy music videos’’ so I’m not sure if he really understands how the internet works and that music videos are freely viewable on numerous online platforms and that for kids, if something’s banned, its even more desirable. Alas young people are more tech savvy than adults, they live online. They will track it down wherever it lives like they do video games, which also have ratings.

The main thing about this move that suggests it wont make any difference, is that it only applies to UK acts and videos which aren’t the biggest culprits- the American and Caribbean artists are much more racy.
British talent like Adele, Naughty Boy, Emeli Sande, Ed Sheeran, Charlie XCX and more have made global impact with billions of sales with never having removed a sock let alone their underwear.
Its artists like Rihanna, Beyonce and Miley Cyrus, who are signed to the American arm of the big labels, that are the culprits in this court and they wont be included in the new age classifications.

This move to me isn’t about helping the over sexualisation of children in the UK, but is about votes and being seen to be pro-family- elections are coming up and David Cameron mentioned this during a speech about families this week.

From a positive point of view, Its really important to understand that David Cameron is talking about ‘’advice’’ not ‘’restricting access’’ which many have their proverbial knickers in a twist about. However, this move isn’t for the kids, it’s for the parents so they can make an informed choice. This is not about freedom of speech, but about being responsible. He’s been talking all year about the sexualisation of women and girls in the media, from female genital mutilation, to women’s rights globally, so this is a natural next step in his current campaign.

Speaking of campaigns, on change.org there’s a petition online that nearly 19k people have already signed here in the UK, so there is strong feeling about this in many areas.

The fact is that music videos have become more sexually explicit over the years since I was a presenter on MTV News, Over a decade ago we had more of a balance with music videos, they were much more creative. Racy videos have been around since the early 80’s but never have they been so gratuitous as they are now. Music is not about sex, but today’s generation often align the two together, and think it is and that’s wrong.

In the eighties and nineties, as well as raunchy Madonna, Grace Jones and Jodeci X-rated videos, we also had very creative, artistic efforts. But now that a lot of big budgets have been cut, often pop stars and videos directors resort to the old tried and tested titillation route.

Sex sells- we all know this. I made a lot of making of the video shows for MTV in the nineties for 15 years, and can tell you that the casting couch is not a myth and its even worse in 2014. Directors love it and pop stars love it even more. One very famous pop star married, and now has a family with his sexy video leading lady.

Video commissioners at record labels will lazily green light the same video directors, who know and use the same video girls in all their work. There are also a lot of backhanded deals that go on in the industry with acts, directors and video commissioners using the same people over and again, so maybe Cameron’s new move will encourage British labels and directors to be more artistically creative and spread their creative pools more widely?

I know female superstars who are constantly trying to push the boundaries and ‘’out-sexy’’ each other. To some this is women empowering themselves, to others its helping mould the minds of very young impressionable young people in a very unhealthy way. Today we are bombarded by music videos that are very sexually explicit and demeaning to women on social media, in bars, cafes and shops at all times of the day. During my time at MTV, videos were restricted to watershed rules like TV and played after 9pm if too sexy. So I understand why David Cameron wants to help censor the content, but at this stage its like the barn door closing after the music horse has bolted.

Parents should be concerned about the influence that music videos have on their sons and daughters. They contribute to a culture that says that women should not be treated as equals and with respect. There’s considerable evidence from research, that sexualisation in music videos creates a context in which violence against women and girls flourishes.

Also, make no mistake this isn’t just about young girls being overly sexualised. Young men, more than any other time in history, are hyper sexualised and are learning very negative behaviours about sex, relationships and love these days, leading to the rise of male depression, gang rape, stress, pressure, metal health and suicide.

More importantly I would say is that parents actually need to spend more quality time with their children instead of plonking them down in front of the computer or TV virtual babysitter.

You cannot block the Internet, but even if the new ratings system can be switched on just at home so the child is aware that the parents don’t allow it and wont accept it, this sends a clear message to kids that set boundaries and plants seeds in their heads that what they’re watching is of a sensitive nature.

I work with hundreds of young people in my capacity as executive producer of London360, which is made by young TV reporters from all across the capital. Their view on music videos such as Blurred Lines and Wrecking Ball are that the pop stars look desperate for attention and make themselves look cheap. But they also acknowledge that their younger siblings are mimicking the moves with glee. How can anyone not feel awkward, if they observe a child watching Miley Cyrus bending over forwards and Robin Thicke gyrating into her from behind?

Many of them also laugh and think Cameron’s attempt is too little too late. A few did admit though, that seeing an age advisory sign and knowing its inappropriate for them, whilst making them feel rebellious, would subconsciously place a seed that it was a boundary and that it was wrong or a sensitive area. Also, they think their parents will be much more hands on if they were to spot an age guide before a video.

Many ask whether the blame should lie not with the government scrambling around trying to clean up the music industry’s mess, but that the industry, which is inherently sexist, should step up and take responsibility?

But this is an industry that’s built on sexism. Yes. The music industry is a sexist place to work in. Ask yourself who’s in charge of every music label in the UK. Its all men running our industry, it always has been and always will be- regardless of each generation’s diversity initiatives.

Aditionally put the media in the dock to defend itself as well the music industry. Do the media ever talk about females without dissecting their looks, sexuality and body? The media attend a male music stars live show and talk about his set, performance and musical ability. They attend the female pop stars and it’s all about what she’s wearing and how sexy she looked. C’mon son!

So props to Mr Cameron for trying to navigate these shark infested waters of big bucks music billionaires, but the game has been set and will get more and more pornographic until we are all de-sensitised to cricketers penises on twitter and men having sex with snakes.

It’s like an old episode of nineties car crash youth culture show THE WORD, where THE HOPEFULS had to suggest the most outrageous thing they would be prepared do to appear on television. Now they have the capacity for their own 15 minutes of fame, the music video is the last place David should focus his attentions on- there’s much worse out there.