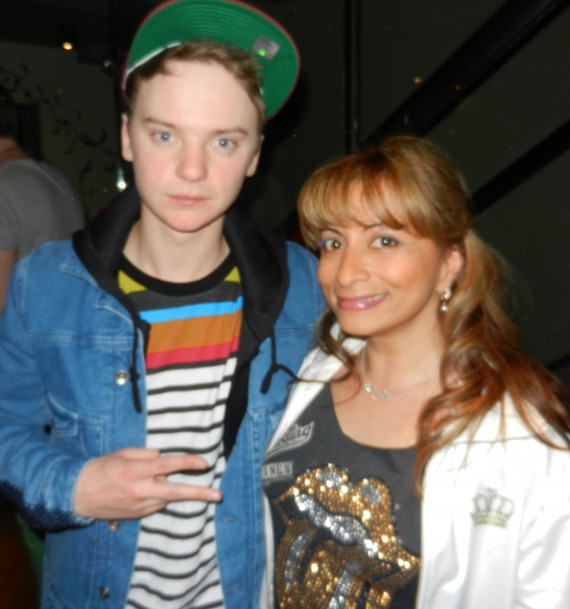 JASMINE WITH CONOR MAYNARD AT THE #NANDO’SSECRETGIG
Easter weekend came and went in a flurry of fights over Easter eggs, a near 3 hour service in church on good Friday, a lovely trip up north for a fun family day in Telford (Telford! you know I usually don’t frequent anywhere north of Euston-in fact if I leave London its usually on plane outta the UK! LOL), and lots of friends time.

Straight after that I filled a day off mid-week with as much fun as I could arrange from morning till night.
I started at the Adidas UK HQ where with the triple threat that are Paola, Aisha and Akua we created outfits for my impending annual themed party-this year which is themed old skool hip-hop. Usually my parties excite the ladies and distress the men with themes like underwear, pyjama wear and Motown so this year I thought I’d let the men have some fun by channeling their inner ll cool j, slick rick and puffy daddy looks. the ladies as you can imagine have been distressing about the theme as some think old skool hip-hop ladies just weren’t sexy or too sexy- oh well-you can never win them all.
Needless to say, this years party will be up there with the rest. If you’ve attended before you know what to expect. 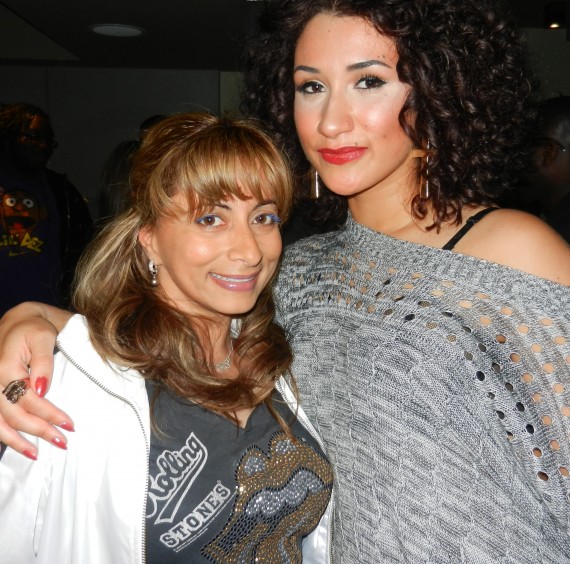 JASMINE WITH CLEO SOL AT THE #NANDO’SSECRETGIG
Next I met a friend my lunch after which we went to see the first ever UK screening of Plan B’s movie ILL MANORS.
After hearing his single of the same title I was intrigued to see how he would translate this into film and he did an amazing job.
It was heart breaking, ugly and horrific….that’s going to make viewers sit up and understand that for once Revolver isn’t exploiting urban street culture and just making an urban street film full of violence, but a film that makes viewers recognize why Britain’s youth are so dis-engaged.
It made me sit up and realize that whilst the HEAD OF MTV BASE production for many years I may have been part of the problem. Encouraging youth to live bout a fantasized life that’s not reality perhaps wasn’t my greatest moment.
Plan B’s movie gives examples of many stories that happen daily across the capital that many aren’t aware of or choose to turn their backs on. I was also hardened to many stories like this in the past but the movie left me feeling sick to the core and I was shook and troubled for many hours after watching it.
A very well written, beautifully shot piece of work- a big congrats to Ben and all involved.
Ben really is an act that is reflective of rock & roll stars from yesteryear that really believed in standing for something.
He has a voice and is not afraid to be opinionated and articulate. A great moment for us all if we can understand what this film is truly attempting to explain to us all. 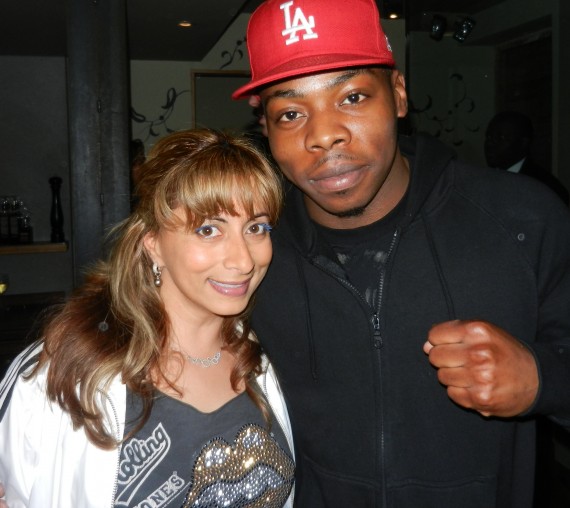 JASMINE WITH CLEMENT MARFO’S MAIN MAN! AT THE #NANDO’SSECRETGIG
Next I zoomed up to Nando’s in high street Kensington where they had put on a secret gig showcasing a few about to blow acts from the scene. On arrival the venue was heaving with a variety of celebs, bloggers, journo’s, taste makers, fashionista’s, music industry folk-generally a really cool, uber trendy crowd that were enjoying the free drinks and Nando’s food that the restaurant had put on. It’s a very clever way of getting positive branding with the youth. They were tweeting in droves and supporting new music all in one fell swoop. DJ’s melody kane and manny Norte were on the decks, the networking was in full swing and the evening was buzzing early on.
In the house enjoying the new music were DJ Jarren C, music producer Dready (So Solid/ Busta Rhymes) , music manager Carla Marie, actress music act Preeya Kalidas, film director Mo, music act Master Shortie and more. Above and Beyond’s management’s Daren Dixon had tings well organized as act after act took to the stage in between the food being passed around. so it was a feast for the eyes , ears and mouth!. Cleo sol was looking well, extremely tall in vertiginous heels and sang with gusto-her vocals sounding much stronger than when I’ve heard her in the past. The guys were particularly excited by her too lol. Cleo mentioned to me before hitting the stage that she was readying her 2 new singles and album with a video shoot next week but wouldn’t reveal any titles yet. 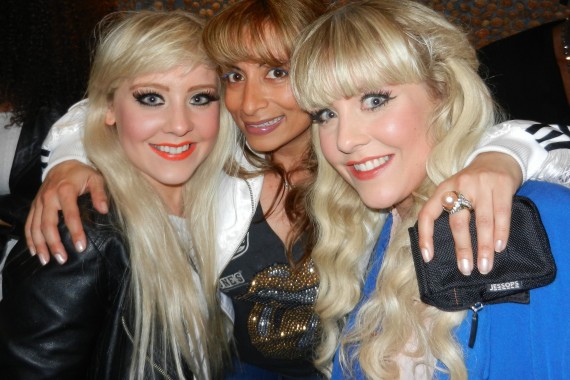 JASMINE WITH THE MAC TWINS AT THE #NANDO’SSECRETGIG
Next up were Clement Marfo & The Frontline who are a seven-piece diverse collective from South London led by the charismatic Clement. Born to Ghanaian parents and raised in Kingston, South London, Clement has become a phenomenon in the underground British grime scene but I don’t think they sound grimy at all. I think they sound like a great hip hop/ rock hybrid and could do huge at music festivals with their energy and dynamic hooks. Clement told me years ago at the MOBO AWARDS that he would be doing big things and here he was, working hard to make it happen.
Finally onstage was a young man that has been dubbed continuously by press as the ‘UK Justin Bieber’. His name is Conor Maynard and according to press reports may be the world’s next big teen star. With close to 30,000 twitter followers already and over 3 million views on his YouTube Channel, 2012 could well be Conor’s year. I have to disagree that he sounds like Justin Beiber tough. I would suggest he is more Justin Timberlake, which is better. bieber has a kiddie corny sound. Timberlake is melodic with swag and charisma and harder sounds. Conor was a sweetheart- he spoke to me backstage before he went on and had beautiful manners and energy. He told me he was nervous but excited as he looked around the noisy venue. he surely did his thing onstage though and thankfully sounded exactly the same live as he does on record proving he does have a voice. Will he be the next top male pop heartthrob? Only time, hard graft, a solid team and his fan base will tell.
Now I’m off to scare my new LONDON360 team for series 3 who started this week. They’re about to get on a rollercoaster they’re going to love and hate that will catapult them into their media careers. Lets go!