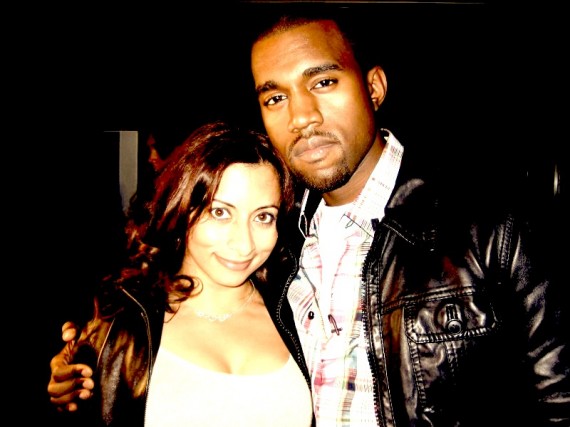 JASMINE WITH MISTER WEST.
My boy Kanye never fails to disappoint. He’s been hopping from here to Paris and back again this fortnight with his solo shows. Beautiful sets and costumes greeted us. The show was full of hits for part 1 and then expected in part were his going off road into ranting territory. He’s always been honest, opinionated and out spoken. He challenges the status quo and I will always love and respect him for that. Many music acts can’t even string together an articulate acceptance speech at an awards ceremony these days. Long gone are the days when real rock and roll stars had a political stance, an opinion about the world and encourages their fans to take an interest in it. Someone once said that if you have the chance to stand in front of any number of people and speak, you should make sure you have something significant to say. Acts like U2, Prodigy, Michael Jackson, Annie Lennox and more always used awards show wining moments to say something worthwhile. Nowadays people can barely join 3 simple sentences of thanks together. Clearly seen by Brit winner Ben Howard just a fortnight ago. Kanye has always been opinionated, well informed and out spoken, in the first few times I worked with him when he was still a producer for jay z and dame dash, he was eloquent and straight talking on what he liked and didn’t. He tried to convince jay and dame for years that he could be an act in front of the mic instead of behind it. Jay wasn’t convinced at all. Dame always wanted to give all his team a break and usually gave them a few shots at the big time. I attended a few dinner parties at Damon’s London, Chelsea crib around a decade ago. One infamous moment saw Kanye and Mos Def free styling in an upstairs doorway post dinner. They went back and forth on verses over and again. A few months later dame let Kanye step out from the production board and attempt a solo career. The rest, as they, is history. So kanye comes out, smashes it in global charts, dabbles in fashion, isn’t afraid to wear a ‘’tighter fitting jean’’ like a European and show his prison baggy dressed American brethren how to dress classily, he has the balls to say what we’re all thinking on the national hurricane Katrina telecast, he stands up and speaks up for the gay community, he openly and proudly admits his fascination for porn, he directs a pro-black film, he designs a fashion collection, he loses his mother, mourns for his mother, is responsible for urban catchphrases like ‘’ima let you finish but xxx…’’, he is openly happy about declaring his love for reality star Kim Kardashian, third in overall digital sales of the past decade. He changed the portrayal of hip-hop having to be about a street imaged thug. He made being smart cool. He has sold over 30 million digital songs in the United States making him one of the best-selling digital artists of all-time. He is also one of the most awarded artists of all-time. Kanye is a real man.
Kanye has accomplished more and influenced more of today’s popular culture than many superstars have managed in decades.
Every time I’ve interviewed him, as a journalist I’ve had to prepare really well. No run of the mill, fly by my pants interview I can wing. When you’re going to speak to Kanye you better do some great research, come up with some great questions and have an interesting conversations or this man will tell you about yourself. I always have a long, good nights sleep before talking to him. I need to come with my A game for him or I’ll soon be pulled up. He’s not a question answer type of star. He’ll push you and ask about your opinions and test your knowledge.
So at his recent London shows at Hammersmith Apollo he has the balls to rant about art not being for arts sake anymore and it all being about corporations, sponsorship deals and shampoo adds. He cusses the Grammy awards for bumping him one year for lady gaga. He makes news. People are outraged. Really? This is Kanye. He has hits, can put on a great show but also has something to say. This is my idea of a perfect artist-someone interesting that has something to say!
His father is Ray West, a former black panther, his mother Dr. Donda West, was a Professor of English at Clark Atlanta University, and the Chair of the English Department at Chicago State Uni. How could he not have excelled with DNA like that? I had the pleasure of working with and spending a whole day with Donda a few years ago. She was so inspiring and positive. Her energy radiated love and intellect. I adored her. She brought up her son to be unafraid of the world and articulate himself so he could stand alongside greats and be counted.
He’s done everything on his own terms; I for one will always be team Kanye. 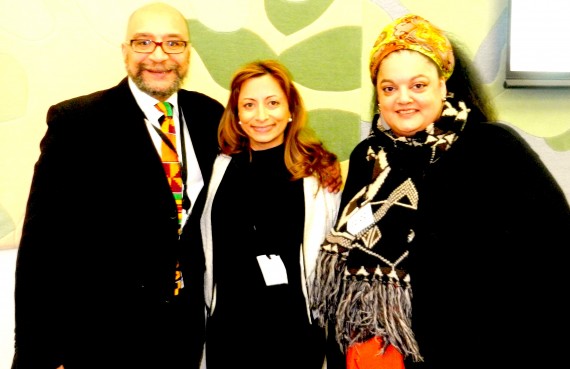 JASMINE WITH ACTIVISTS LEE JASPER AND ZITA HOLBORN
Started the week in the House of Commons with activist’s Lee jasper and Zita Holborn. Others in attendance for the initial committee meeting included actor Vas Blackwood, representatives from the national union of teachers, council trade councils, London underground and more. 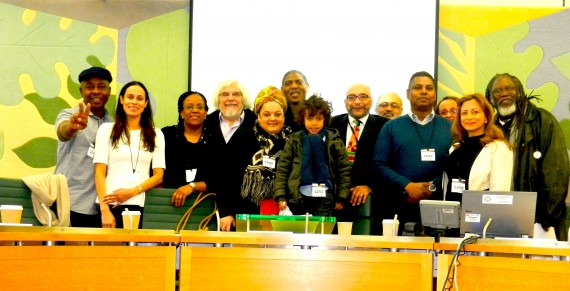 JASMINE WITH THE BARAC GROUP AT THE INITIAL LAUNCH AT HOUSE OF COMMONS
Lee and Zita have joined forces to form BARAC (black activists rising against cuts). The organisation want to bring awareness to the fact that after the 2008 recession the large cuts to the public service and jobs have meant that predominantly women of colour have been forced out of the workplace at a higher percentage than the rest of society.
All funding for all single supplement groups like Caribbean elders, Asian women, young black men and so forth has all been stopped. In times like this, austerity amplifies racism and deprivation and Lee and Zita are hoping to give a voice to all BME communities to take a stand.
They are also going to ensure that the UK celebrates martin Luther king’s 50-year anniversary of his ‘’I have a dream’’ speech in style. August 28th 1963 was when it happened, this august will mark 50 years since that great speech and so MLK50 is born. You heard it here first! Mark that date in your diary and look out for MLK50!